Singer-songwriter Camilla Cabello has a dark past of racism and bigotry for which she must atone. Repenting of these past sins is not enough. No. The 24-year-old Cabello must undergo a life-long, painful process of racial rehabilitation, and she’s subjecting herself to “racial healing classes,” according to Teen Vogue. 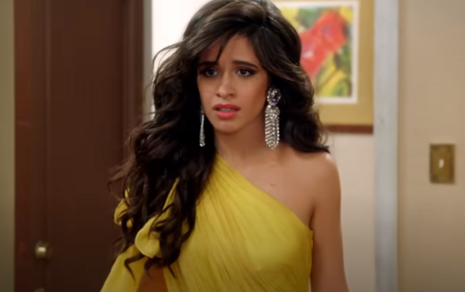 Cabello’s crime hasn’t just come to light. She first apologized for her Clearasil-fueled racial rants in December of 2019. Her apology at the time was anguished: "I was uneducated and ignorant and once I became aware of the history and the weight and the true meaning behind this horrible and hurtful language, I was deeply embarrassed I ever used it. I apologized then and I apologize again now”.

Ever since, Cabello has committed herself to “racial healing classes'' with a group called the National Compadres Network, whose mission is to “strengthen and re-root the capacity of individuals, families, and communities to honor, rebalance, and redevelop the authentic identity, values, traditions, and indigenous practices of Chicano, Latino, Native, Raza, and other communities of color.”

It has become her responsibility to take on the plight of marginalized communities, to assist in dismantling the oppressive systems she herself participated in. Her attendance at the George Floyd protests in Miami, accompanied by her fellow singer-songwriter boyfriend, Shawn Mendes, are indicative of just how successfully these sessions have re-wired her brain.

Cabello’s efforts warranted her a feature in People's weekly “Women changing the world Issue". That list was long on groupthink and short on free-thinking, independent women.

Cabello debasing herself before the woke mob is the sad reality of today’s identity politics. As a slave to unforgiving cancel culture, she must continually prove herself to whatever degree is seen fit by the woke gestapo.

Consider this your warning and go delete your ancient Tumblr page. Don’t stress too much about it though, you’re probably not popular enough to catch the attention of Hollywood elites. Heaven forbid you do.