For the teeny bopper Marxist sympathizers over at Teen Vogue, it seems as though their cancel culture chickens have come home to roost. 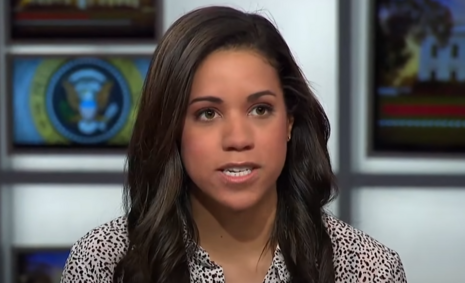 Only a handful of days into her role as editor-in-chief of Teen Vogue, and Alexi McCammond has already inspired a mutiny at the publication over her anti-Asian tweets from ten years ago.

As of March 8, “more than 20 members'' of the staff at the outlet composed a letter of discontent to Condé Nast – the parent company of the fashion magazine – about McCammond’s past “racist and homophobic tweets.” The new Teen Vogue editor was only hired on Friday.

Though what else could anyone expect from one of the wokest magazines in the industry? Gone are the days when Teen Vogue focused on fashion. Now they endorse The Communist Manifesto and the most extreme forms of identity politics. If there’s one politically incorrect tweet in any employee’s history, they’re sure to sniff it out and show no mercy to the offender.

McCommand, the 27 year-old former political reporter, had a couple of politically-incorrect tweets from during her college years. In several 2011 tweets that had been unearthed in the last few days by Diana Tsui, a former editor from New York magazine’s The Cut, McCammond made “racist” comments about Asians, one which disparaged an Asian class T.A. in particular.

McCommand wrote three offensive tweets over the course of the 2011 fall semester, complaining once that she had been “Outdone by Asian #whatsnew,” and another time tweeting, “now googling how to not wake up with swollen, asian eyes…” The third and probably most offensive comment read, “give me a 2/10 on my chem problem, cross out all of my work and don’t explain what I did wrong..thanks a lot stupid asian T.A. you’re great.”

The tweets had caused controversy after resurfacing in November 2019, and McCammond apologized. Though over the weekend of March 6, 2021, Tsui brought them up yet again and indicated that McCammond hadn’t atoned for them fully.

Tsui, who uncovered the controversial tweets, called them “racist” and admitted that she could have given McCammond the “benefit of the doubt as these were done when she was still a student” if not for her 2019 apology. Tsui criticized the apology for happening only after people found McCammond’s tweets, and then slammed her for calling the tweets “deeply insensitive” rather than calling them “racist.”

Apparently McCammond just didn’t get the full existential gravity of disparaging someone’s Asian-ess, and should be tarred and feathered. Tsui showed no mercy. Setting up the ball for the spike from Teen Vogue staffers, she stated, “Teen Vogue has positioned itself as a champion of inclusiveness and empowerment. Is this truly a leader who also embodies these beliefs?”

The Instagram post went viral and of course, many of the staff at Teen Vogue HQ's kiddie communist office playground rose to the challenge and immediately took action. According to The Washington Post, “on Monday, some Teen Vogue staffers sent a letter to Condé Nast management and publicly condemned their future editor’s actions.” Later that day, these same staffers held a virtual meeting with McCammond to lay out their grievances to her face.

McCammond then sent out an email apologizing for her actions and begging for forgiveness. She wrote, “Those tweets aren’t who I am, but I understand that I have lost some of your trust, and will work doubly hard to earn it back. I want you to know I am committed to amplifying AAPI [Asian and Pacific Islander] voices across our platforms.”

Still the issue wasn’t resolved then behind company doors. The aforementioned 20 Teen Vogue staff members put out their public statement about McCammond on social media, saying,  “We have written a letter to management at Condé Nast about the recent hire of Alexi McCammond as our new editor-in-chief in light of her past racist and homophobic tweets.” Sounds like staffers are going to keep crying until a certain someone’s head starts rolling.