‘The Simpsons’ Hates on American Health Care in Pro-Canada Episode 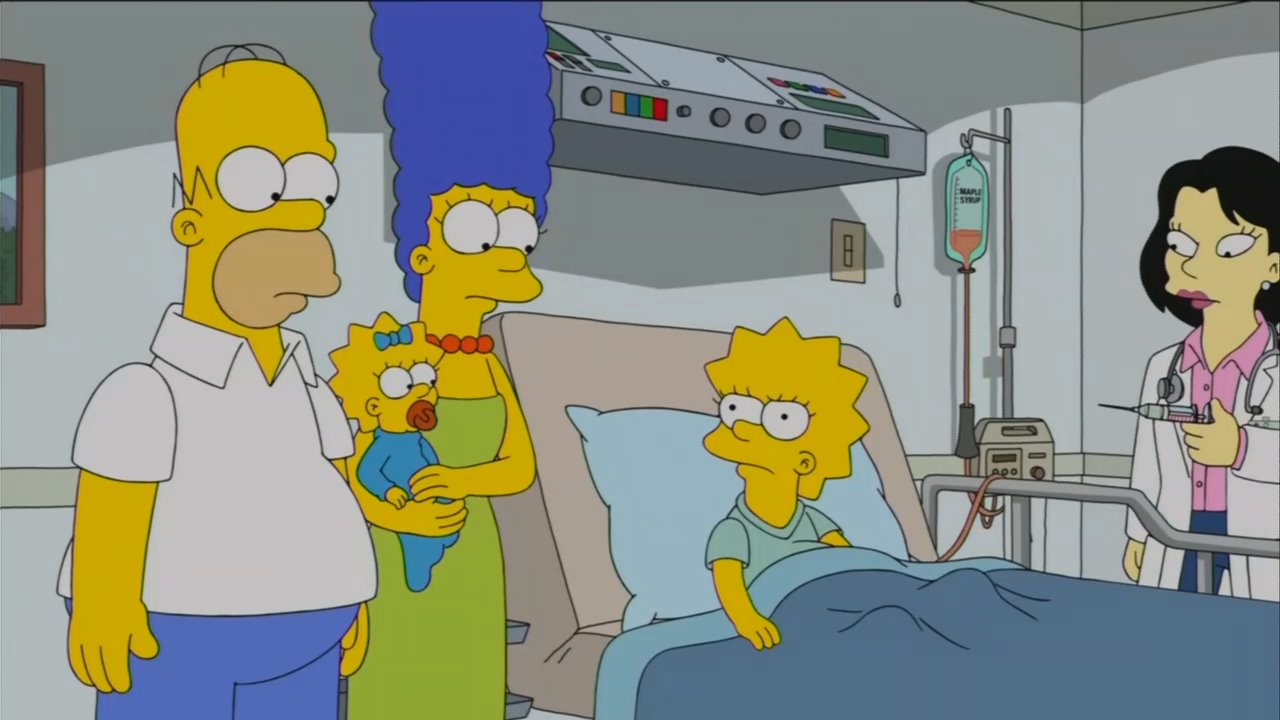 The episode centers around Marge attempting to rescue Lisa from Canada, where she was accidentally granted political asylum. The Simpsons family went on vacation to Niagara Falls, New York, and while playing bubble soccer, Lisa was flung down the waterfall and into Canada--where she was put in the hospital.

It is there where the episode takes a sharp turn left.

Nurse: Your daughter's fine, but I recommend a five-day stay.

Homer: Of course, of course. We'll take out a third mortgage.

Nurse: Sir, you're in Canada now, where your health care is free.

Lisa: Free health care. Why can't America do that?

Homer: She's delirious, Doc. America can't pay for health care and give corporations the tax breaks they so desperately need.

Lisa: I'm not delirious. In fact, I've never felt more protected. Not like back home.

Policeman: Ooh, hang on. Did you just say you don't feel safe in your home country?

Bart: Why should she feel safe? In America, the great El Barto roams the streets.

Policeman: So, let me get this straight: You're afraid of America. Is that right, young lady?

Policeman: Oh, save that language for the lower 48.

Lisa: No, I'm telling you. Our president really is a God...

Certainly, there is a lot to unpack from this short dialogue.

While the writers of The Simpsons might think socialized healthcare is some widely-popular idea in the United States, it’s not. As Reason Magazine points out, support for a "Medicare for All" program plummets to a mere 37 percent of Americans once they realize it means they would lose their current health insurance plan and have to pay more in taxes.

Secondly, single-payer healthcare would be incredibly expensive to implement in the United States. According to The Heritage Foundation, it would deteriorate the quality of care in the country; The Center of Health and Economy estimated in 2016 such a program would cost the country $44 trillion over a 10-year span.

If The Simpsons want to harp on American tax breaks, perhaps it is worth noting Liberal Canadian Prime Minister Justin Trudeau, who Lisa was excited to see during the episode, has no problem with them himself; he signed off on $10.5 billion on corporate tax cuts last November to keep manufacturing jobs in Canada.

As for “voter suppression,” this is a common, yet false, left-wing argument made when conservatives win elections. Republicans tend to support voter ID laws to prevent voter fraud--which makes sense since progressive cities have started allowing noncitizens to vote in local elections.

The show also has the wrong target for environmental complaints. The U.S. has reduced its carbon emissions more than any other country in the world since 2005: by 758 million metric tons in that span. Meanwhile, 22 of the 30 most polluted cities in the world are in India. And overall, China produces more pollution than anyone else.

Not to mention President Donald Trump has been in office for more than two years now. Mocking him is predictable and cliche, especially since there is no creative flare here. This season, the show had already called Trump “our draft-dodging president” and said Jim Crow-era racism is alive and well in the United States.

The repetitive left-wing talking points from The Simpsons become tiring and boring--much like a show that’s been on the air for three decades.