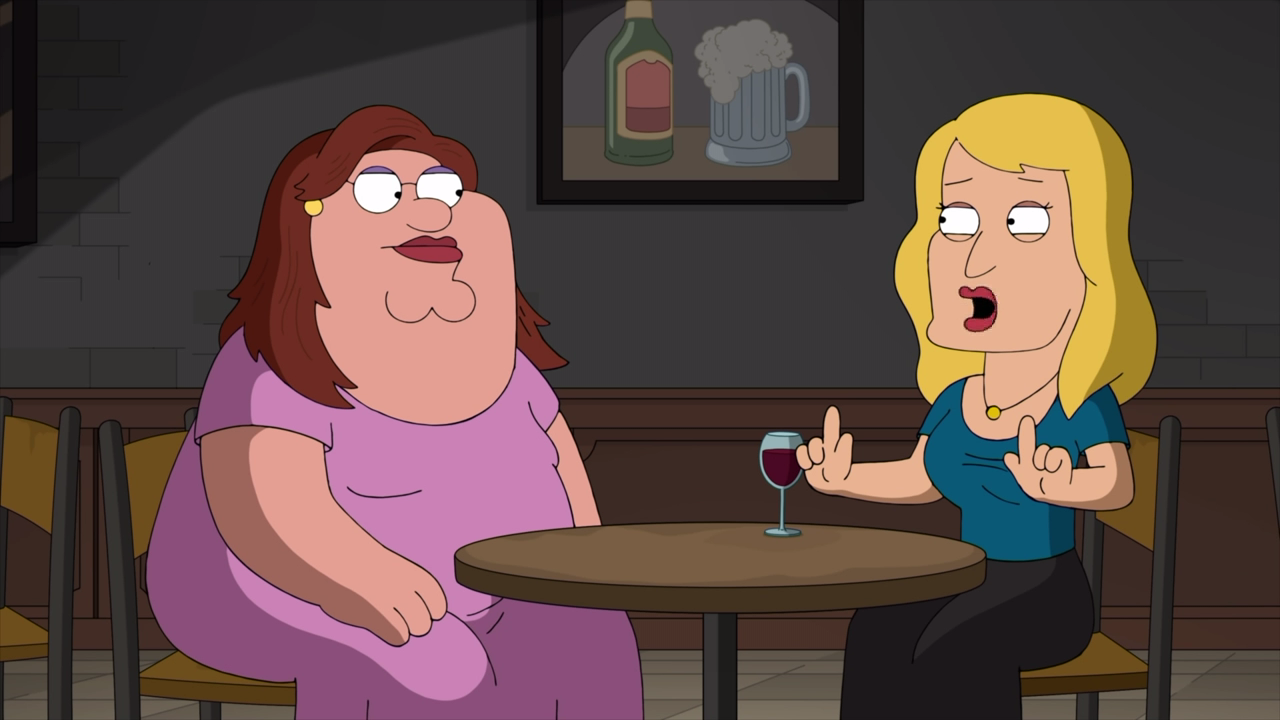 Family Guy did not have the same sharp, politically incorrect tinge which has made the show so well-known on Sunday night during its transgender episode titled, "Trans-Fat." This comes on the heels of the announcement last month that Family Guy would no longer be making gay jokes--even though they are willing to joke about a wide array of other taboo topics.

In season 17, episode 13, Peter Griffin is mistakenly identified as transgender after using the women’s restroom at Fenway Park--because the line was shorter than the men’s room. As a result, someone suggests he use the transgender bathroom instead. He is later shown on the Fenway Park jumbotron as a transgender fan. This results in everyone he knows believing he is transgender--and him ultimately embracing it and dressing up as a woman.

The show did poke fun at intersectionality a bit as Peter received special privileges for his identity. This included free peanuts at Fenway, extra time off from work and a group of women befriending him. But towards the end of the episode, Peter apologizes for mocking transgender people.

Peter gets injured at a karaoke bar and when he goes to the hospital, the doctor also decides to give him “sex reassignment surgery,” removing his genitalia. At that point, Peter regrets ever pretending to be transgender and when he is upset by the news, he comes across Glenn Quagmire’s father, Ida, who is now a transgender woman, at a bar. The two have a conversation that even further changes Peter’s outlook.

Ida: When I first met you Peter, I was already at the end of a long journey of becoming a woman but before that, I lived for 61 years a miserable, miserable man. I grew up in the small town of Football, Texas, and from the age of eight, I was mercilessly teased for being different and dressing funny. Then, at the age of 14, I had an epiphany. It was so clear. I was a girl trapped in a boys’ body

Peter: I’m having a hard time focusing without a drink, but go on.

Ida: It took me 47 years from that day for me to officially own who I am

Peter: Is there a waiter, or?

Ida: In those 47 years, I became an expert at hiding my secret. I became a war hero and raised a family, but I was dying inside. And the deeper I buried it, the more unhappy I became and eventually, I thought of ending my own life, but I couldn’t do that to Glenn.

Peter: I had no idea!

Ida: It’s clear you had no idea! You know nothing about what it means to feel this struggle!

Peter: You’re right. I kind of stumbled into this, but you’ve been dealing with it your whole life.

Ida: Yes, I have. And my story, to one degree or another, is every transgender person’s story and all of those stories are the price of admission to finally feeling peace with who you are--a price you never paid.

Peter: I’m so sorry, Ida, I feel really awful. I’m a really bad person for what I did. I deserve what happened to me.

The show’s attempt to try to promote and normalize transgenders at the expense of making Peter Griffin act out of character should not be a surprise. This seems more in line with the show’s progressive agenda which has become more apparent in recent times. From bashing President Donald Trump on two consecutive episodes to their demonization of firearms, the show’s messaging this season seems to be more and more like that of its creator Seth MacFarlane’s politics.

After all, MacFarlane donated $2.5 million to the leftist Senate Majority PAC before the 2018 midterm elections--in what was an unsuccessful effort for the Democratic Party. MacFarlane has also called Fox News "incredibly destructive" and claimed he is happy he never met Roger Ailes, the network’s creator. He made such claims despite being paid by the same parent company for his work on Family Guy and The Orville, which air on Fox local affiliates.

If Family Guy wants to inject leftist politics into its episodes on a regular basis, that is their choice. However, it might not be a great decision when it detracts from show's humor--especially when audiences know how funny the show can be when it targets political correctness.