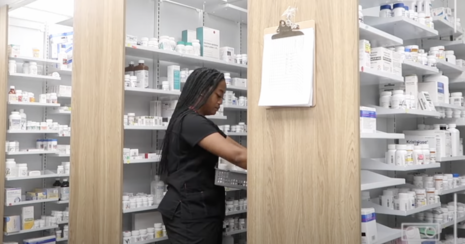 According to a report by the National Review, most pharmacy workers who willingly distribute chemical-abortion drugs are unaware of the negative effects and risks of the abortion drug. Though the drug is extremely dangerous, pharmacists are passing them out willy nilly.

Earlier this month President Joe Biden’s Food and Drug Administration (FDA) made it possible for major chain drugstores like CVS, Wallgreens and Rite Aid to carry and distribute abortion pills. In order to obtain them it appears that a woman (or pregnant person lol) would need a prescription order but the pharmacies will be stocked and ready to fill those orders ASAP.

The National Review mentioned a 2021 article in the Journal of the American Pharmacists Association that found “large gaps in the knowledge of pharmacists about chemical abortion.”

Diving deeper, here’s what the National Review concluded about the study’s findings:

Oh lovely! So now pharmacies can pass out drugs that kills a child and has the potential to kill his or her mother too. No, literally, a chemical abortion is a “multi-day progression of bleeding, cramping, and contracting” that could take “up to 30 days to complete.” These drugs are “four times more dangerous” than surgical abortions and have reportedly increased abortion-related ER visits by 500 percent from 2002-2015. They are NOT safe whatsoever.

Regardless, according to the FDA, not only are women able to waltz into CVS to get their prescriptions, they also don’t even have to see a doctor in person in order to have a script written for them. They can virtually tell a doctor about how they want to abort their baby and that same day, visit a local pharmacy to pick up the lethal poison.

The lack of knowledge on the pharmacists' part is extremely detrimental but unsurprising. The general public, including the women who take the pill, probably are uninformed too. The media doesn't like to talk about things that are contradictory to leftist narratives. Therefore, if negative reports on the abortion drug come out, it's unlikely that the media will mention them due to the fact that such negativities may turn people away from abortions … and therefore be too pro-life for the lefties in power.

This is a giant mess of ignorance and the FDA run by our current administration is not helping whatsoever.