Frank Rodriguez is the California leader for the Gays Against Groomers group. On December 7, he called out the Redlands City School District in Illinois for their extreme grooming behavior with their encouragement of gender transformation surgeries for kids. 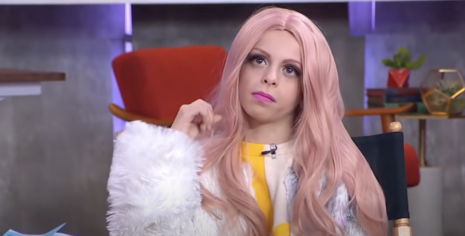 The video has garnered over 80,000 views on Twitter and is quickly becoming a viral phenomenon.

In the clip, Rodriguez stood at the podium with blind sheep of fathers holding signs like “protect trans youth” behind him in opposition.

MUST WATCH: Our California leader @InfoSavage1’s speech from last night’s @CityofRedlands city council meeting will give you CHILLS.

By the time we’re done with these predators, they’ll wish they never decided to go after the children in the first place. #GaysAgainstGroomers pic.twitter.com/1ewPf0Xv7N

He began his speech with the line, “No child is born in the wrong body.”

Then he explained his reasons for being at the event, proclaiming, “One is to protect children against the idea that they can in fact change their gender.”

Rodriguez mentioned that society should be nice to everyone but when lying and delusion is taking place, it needs to be called out. He brought up the example of a man in a dress pretending to be a woman and called that “delusional by definition.”

While Rodriguez mentioned that adults can pervert their own bodies how they wish, he insisted that children should not have that ability. They are children after all and every other day identify more with a mermaid than a human being but we don’t see parents racing to the hospital to add a tail to their kids body (yet).

“Despite what you may want to believe, children are in fact getting gender affirming surgeries. That is not delusional, that is reality,” he said just before placing the blame for the “journey of judgment” on the school board itself.

He also asserted that the school board and their linked schools are pushing kids to question their gender, sexuality and whether or not they can trust their own parents, which I think, is the most heartbreaking part of all.

The left wants to indoctrinate our kids. Predators and groomers -- enabled by thoughtless liberals --  want scared and confused kids that will turn to them for “clarity” on their gender and identity than their own parents. The left wants division between kids and their parents.

“What adults do with their body is up to them, but leave the kids alone,” Rodriguez said.

The second part of Rodriguez’s speech called on the school board’s lack of leadership. “For what you have done to your constituents here in Redland, silencing people that disagree with you, our constituents are our job description. When you silence them, you are no longer a leader, you are a dictator.”

Hell to the yeah.

That essentially sums up all of the left.

They don’t like it when they’re called out for their bs, especially when it comes to their indoctrination on children, so their go-to method is to shut us up.

Rodriguez made great points about the goals of the Redland school board as well as the public school system at large who is more focused on wokeism and progressive ideologies than actual academics.

It's about time somebody stood up to the madness so kids can actually be safe in schools.