The internet never fails to surprise me. 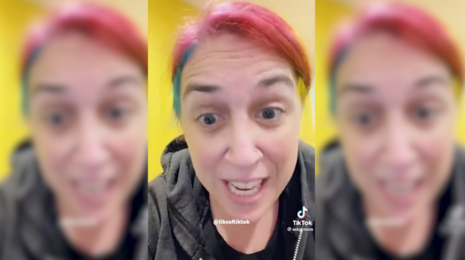 On today’s episode of 'I wish I gauged my eyes out,' a family doctor with rainbow tie-dye hair just pitched a fit about parents who don’t give their children puberty blockers or surgically remove their genitalia.

Yes, this whack literally just said that parent’s who DON’T help their children transition are committing “child abuse” and even insisted that parents who “ignore” their kids' “needs” push kids to commit suicide.

“You know what’s abusive? Ignoring the needs of your child when your child is telling you what they need,” the alleged “doctor” insisted.

Sorry girl but nobody “needs” to cut little Timmy’s wedding tackle off. It's fine where it is.

You know, if your child tells you he needs to jump into a fire pit, try not to ignore his needs. Affirm his childlike delusion and allow him to do as he pleases, no matter the consequences. That's the psychotic logic Dr. Rainbow espoused.

To take it a step further, Ms. Fruity Pebbles claimed that parents who don’t allow their children to change their gender are encouraging said kids to “unalive themselves.” That’s the slang term for “suicide” that won't get you banned on TikTok. “It is proven that providing them gender affirming care strongly reduces those risks.”

She continued her monologue:

Denying them care that we know is lifesaving is child abuse.

First of all, in what world is chemically castrating a minor “lifesaving?” Second of all, the people who encourage a delusional sense of identity and mutilate children are the abusers, not the people who aim to protect them from such evils.

To finish off the video, Dr. Skittles said “I will die on this hill. Trans rights are human rights and it doesn’t matter the age of the person. We all deserve to live our truth.”

Girlfriend, you go die on that hill. At least there we won’t have to listen to you anymore.