Teen Vogue gets more insane by the day. 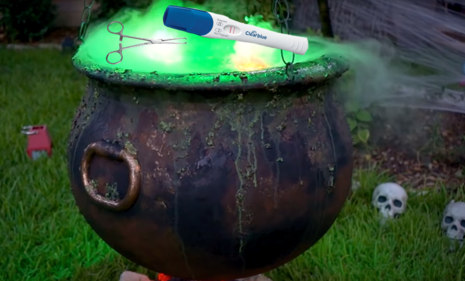 On June 13, Teen Vogue released a piece about casting a witches spell to fight for reproductive justice. No, this is not satire.

The teenage geared site gave a rundown on the history of witches fighting back “against the patriarchy.” I assume the “patriarchy” is the Supreme Court who just confirmed what we already knew — there is no constitutional right to abortion.

Luckily, as pointed out by Teen Vogue, witches can cast their spells to save the day. “In the late 1960s, the movement group Women's International Terrorist Conspiracy from Hell (also known as W.I.T.C.H.) organized protests to push back against the patriarchy and to fight for women’s rights. They had several spin-off covens throughout the country, composed of radical feminists who wanted to expose capitalism as the true enemy of women's freedom.”

Ah yes, capitalism is the enemy. I must have missed that.

On TikTok the witches of #WitchTok are supposedly "taking aim at the members of the Supreme Court” who saw value in all life. One witch named Melissa Jayne Mandara thinks it's important to use magic to promote bodily autonomy and “suggests offering protection to protestors, doctors who perform abortions, and organizations in need of money to support reproductive rights.”

I still keep thinking this article is fake.

The same “magical practitioner” wrote out a spell with ingredients and instructions to help fight for abortions. Supposedly you need frankincense, charcoal, sage, and a fruit pit. Mandara insisted that on a “tidy altar after sunset” on a “night of the new moon” heat the charcoal and place the other elements on top. As the smoke rises Mandara instructed reciters to say the “Prayer to Selene for Any Spell.” She also said that you practice the spell so that you don’t mess up the piece when reciting it to Selene. Supposedly Selene is “invoked as a protector of children, the goddess of midwives, and a terrible foe to evildoers,” I guess in this case the evildoers are the ones who want to save babies, not the ones who want to kill them.

Teen Vogue was also sure to include the part where Mandara instructed readers to bring the “offerings” to a “nearby crossroads” and even said “do not look back once you leave, and maintain your silence until you return home.”

I’ve seen protests, I’ve seen petitions, and I’ve seen a wide variety social media posts aiming to “fight for abortion rights,” but never did I think I would read about how to cast a witches spell for “reproductive justice.”

What a day to be alive.