Country rooooooads, take me hoooooooome…to West Virginia, where all life is valued! 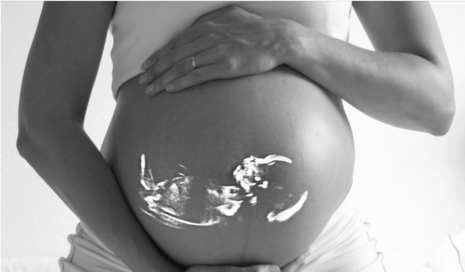 The Mountain State's Republican Attorney General, Patrick Morrisey, released a statement on June 29 detailing his continued commitment to saving the lives of babies by reinstating a 170-year-old law protecting them, according to Life Site News.

The law was crafted in 1849, but was left on the books when Roe v. Wade established a federally guaranteed “right” to abortion. But now that the recent Dobbs decision overturned that 1973 ruling, the law can be re-enacted.

“Enacted in 1849 and never repealed since,” anyone who administers or performs an abortion with the intent to destroy a child “commits a felony punishable by three to ten years in prison," the rule states.

“The statute covers persons who perform abortions and, at least arguably, women who seek them,” Morrisey added.

The bill also states that anyone who knowingly performs a partial-birth abortion would be punished with a fine and up to two years in prison, and "would also require the prosecution of abortionists if a woman dies as a result of the abortion procedure,” Life Site pointed out.

Morrisey's review indicated that the 1849 law is on the books and enforceable as “are many other abortion-related statutes.” Morrisey’s office also confirmed that the plan is to amend the laws in WV and provide “clear prohibitions on abortion that are consistent with Dobbs.”

According to Morsey, several legislative sessions will be needed for clarity sake.

A legislative session will need to focus on several crucial areas: specifying the acts that are subject to criminal prosecution and determining whether a woman should be subject to prosecution; determining the nature of any exceptions; addressing how the Legislature may wish to define the scope of medical practice related to restrictions or eliminations of the use of abortifacients; development of a stronger enforcement regime to ensure that laws are uniformly applied in all counties, including appropriate civil tools to deter lawbreaking; and assessing the need for additional changes in the law regarding reporting or other matter

At the moment, West Virginia’s only abortion clinic claimed it would “stop procedures immediately” in fear of prosecution and canceled abortion clinics, saying the closure is "absolutely a travesty" to staffers who want to help women terminate the lives of their innocent babies.