The LGBT “community is yet again under attack.” Boohoo! 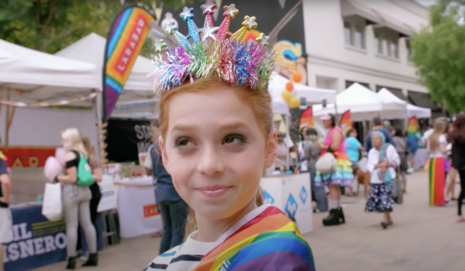 In an op-ed for TeenVogue, Trevor Project Executive Director Amit Paley, expressed his deep grief that there are gay children that can’t celebrate Pride Month. Legislation around the nation has filed more than 300 bills aimed at protecting the true identity of kids and prohibiting the indoctrination and grooming of children.

As Paley put it however, these bills are anti-LGBT and “harm” alphabet kids.

Each June, we celebrate the LGBTQ community during Pride Month, honoring the sacrifice and fight it took to earn the rights we have today. But this year, the festivity of the month contrasts starkly with the reality.

Delusion at its finest.

Supposedly 25 of the filed LGBT related bills were passed this year. One of those was backed by Florida Governor Ron DeSantis who signed the Parental Rights in Education Bill. The bill would prohibit conversations on sexual orientation or gender identity from occurring in school classes up until grade 3. LGBT propagandists, including the one who penned this dramatic op-ed, call DeSantis’ bill the “Don’t Say Gay Bill.”

DeSantis is one of the few sane politicians who actually cares about the wellbeing of the youth. Kids aren’t gay or trans unless someone in authority teaches them about what that is and means. The Ultimate authority over kids are their parents. Schools are more and more cutting parents out of the equation. THAT is what DeSantis is trying to prevent.

LGBTQ young people are not inherently prone to suicide risk because of their sexual orientation or gender identity. Rather, they are placed at higher risk because of how they are mistreated and stigmatized in society.

Paley didn’t link to a peer reviewed journal or a professional medical study. He linked to another TeenVogue piece for reference.

TeenVogue knows all things. Got it.

The author then claimed that gender-affirming care is “some of the best suicide prevention tools we have” and thinks that laws that deem the indoctrination of kids is child abuse, are bad. Indoctrinating the youth is child abuse.

Paley works for a group called Trevor Project which basically just grooms kids. The site features links to a “Coming Out Handbook,” an exploration on sexual orientation (all of them), a gender identity encyclopedia, and even an online chatroom to help LGBTers affirm each other's delusions. The whole concept of the Trevor Project is disturbing. It makes sense that Paley works there.

As a call to action after the sob story, Paley encouraged “all adults in positions of power” to affirm and promote the delusional ideology of the LGBTQ community. Shame on Paley for pushing the lie that kids need to be  part of the alphabet mob, and shame on TeenVogue for promoting him.