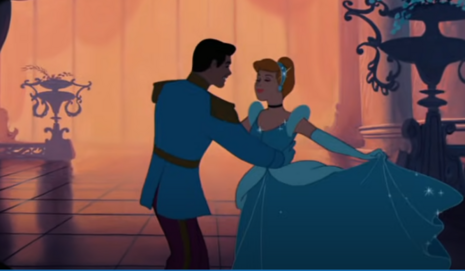 Looks like the evil stepmother got her wish. Cinderella won’t have her fairytale ending after all.

Per cancel culture narrative, The Chanhassen Dinner Theater in Minnesota abruptly dropped its production of Cinderella according to Pioneer Press. Artistic director Michael Brindisi decided that having a “98% white” cast was not enough of a “commitment to social justice.”  Sad to say Cinderella’s glass slippers will remain MIA.

After careful consideration and with our ongoing commitment to Diversity, Equity and Inclusion, Chanhassen Dinner Theatres has made the decision to cancel our upcoming production of Rodgers & Hammerstein’s Cinderella.  Our hope in beginning the production process again with a new title will allow us to put into practice an intentional process based on the work we have been doing towards equity and inclusivity.

Evidently the “too white” cast for the classic folk tale didn’t align with the woke mob and rather than recasting, the only logical solution was to cancel the production … and fire all of the already casted artists. The show will be replaced with the dance-centric “Footloose” which will undoubtedly feature dancers of red and yellow, black and white. (Remember the movie “Footloose,” starring those eminent black actors John Lithgow and Kevin Bacon?)

The funny part is that the town of Chanhassen ---south of Minneapolis --- isn’t even full of diversity itself. The recent census indicated that 92.5% of the town’s population are white, less than 3% are Hispanic, and 1.1% are black. So even if the theater wanted “identity-conscious casting,” they’re going to have to look hard.

Wait, isn’t casting based on the color of someone’s skin racist though?

The day after the initial statement went public, the theater updated the site with a follow-up.

We did not cancel Cinderella because of content. We are looking forward to bringing it to our stage in the future. But we as a company decided our original casting didn’t go far enough in our commitment, and instead of waiting another full year to implement these important changes, we chose now.

In an effort to be a “more intentionally anti-racist theater,” Chanhassen Dinner Theater nixed the whole production. They did in fact cancel because of content since apparently being white is racist.

The show took one more step to join the SJW’s and hired a diversity consultant to plan and address changes as well as paying BIPOC (black, indigenous, and people of color) to analyze the productions with creative teams before design and casting processes begin.