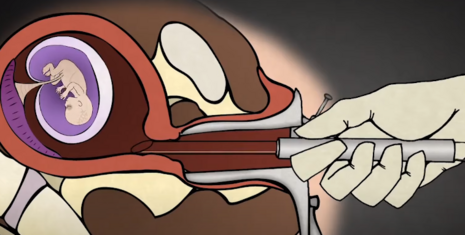 That’s what Merritt Tierce and Neal Baer, a novelist and pediatrician respectively, want people to believe. According to both, “In spite of the fact that abortion is safe and common, people still don’t talk to one another about their experiences with abortion, because it’s stigmatized.” To that end, they want “more honest abortion stories” in Hollywood because “Telling stories about abortion can reduce fear and dispel inaccurate ideas about many aspects of the experience.”

Tierce and Baer have both worked in the TV series industry, and in their article, published on variety.com, they detailed what a TV series with an “honest abortion story” would look like.

They started off with the idea that “Diverse stories are the gateway to promoting empathy, which can change attitudes and dissolve stigma.” To show that progress had been made since the 1970s, when a TV series first portrayed an abortion, they cited how “In 2019, ‘The Deuce,’ ‘Empire,’ ‘Orange Is the New Black,’ ‘The Morning Show’ Euphoria, Veep, The Good Fight, and a couple dozen other shows all featured abortion storylines.” In other words, the more exposure one gets, the less horrifying it becomes, and all protest withers away as one is dulled to the slaughter.

Since these are supposedly honest abortion stories, the death of the mother would be excluded from the plot due to the purported low risk of such an eventuality. (This old claim has its supporters and critics.) The main interest in the story would be generated by “obstacles that impede access: getting time off from work; finding childcare and transportation; traveling hours to a clinic; dealing with state-mandated waiting periods and state-mandated disinformation; paying for the procedure; avoiding fake clinics; and battling stigma and constantly shifting restrictions.”

What is this, Mr. Smith Goes to Washington, where the main character fights waves of corruption and public humiliation to finally achieve justice? Any TV series with Tierce’s and Baer’s plot elements would be about self-gratification, not equity.

There are many exciting options for an abortion story. “Writers will never run out of abortion stories, which makes for good drama that is not so much about the decision itself but about whatever is going on in any character’s life. Abortion is about a character’s hopes and dreams, about what they want for their children. It’s about partnership, family, health, autonomy, and community.”

Any character’s life? The character in the mother’s womb has been essentially written off as a mere plot device. After all, without the baby, there’s no abortion story. But they were correct in stating that abortion is about what the character wants for their children. They want them dead.

To surmount the potential objection that the topic is too depressing, the two argued that, “But abortion is actually a gold mine for a full range of complex thoughts, feelings, and experiences, including relief, love and even comedy.”

Unpregnant tried that, and failed. It actually became even more depressing to see how flippant people could act towards death and its consequences.

Tierce and Baer hoped that their idea of “honest abortion stories” for TV would help viewers sympathize with people seeking an abortion, as well as understand that abortion is not as life-threatening as it seems.  But ultimately, a truly honest abortion story should include what a statue of an aborted child and its mother, displayed in Slovakia, perfectly portrays: guilt and regret. But that’s not what Tierce’s and Baer’s “honest abortion story” will include.