GLAAD Awards Get Political: 'Donald, Meryl Was Too Easy On You'

When it comes to media portrayal, the LGBT community has one mission – promoting complete and total acceptance. Tolerance is no longer enough. 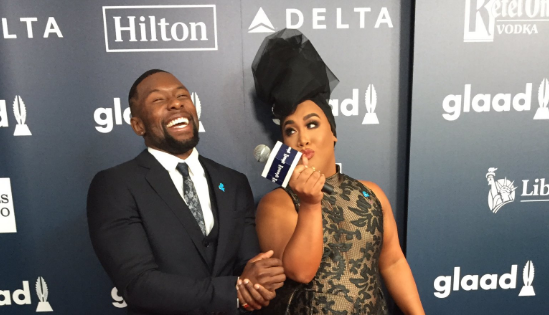 GLAAD has always been at the forefront of this goal by working to push LGBT content in film and TV. On April 1, the L.A.-based organization celebrated their victories with an awards event honoring celebrities, news outlets, TV series and media that highlight the LGBT community.

Held at the Beverly Hilton, the 28th annual show began with a red carpet broadcasted live on Twitter and hosted by YouTube makeup artist Patrick Starr. One of the “beauty boys of Instagram,” Starr is part of a burgeoning movement of beauty vloggers working to de-stigmatize male makeup usage.

As actors and activists passed by, the dress and turban-clad Starr asked them about the event and the importance of LGBT representation in the media. The responses were telling.

“There’s no boundaries anymore," one celeb enthused about the new frontiers on TV. "We can talk about all kinds of sh*t!”

“TV should be reflective of the people watching it,” another commented, seeming to miss the irony of the fact that less than 5 percent of the American populace identify within the LGBT community.

During the actual ceremony, things got political quickly. Lesbian host Cameron Esposito targeted the president. "Donald, if you're watching, to you I say, Meryl was too easy on you."

GLAAD president Sarah Kate Ellis also jabbed the Trump administration's decision to keep LGBT questions off of the 2020 census. "If we are not counted, we do not count," she declared. "We will not be second-class citizens! We will not be erased!" 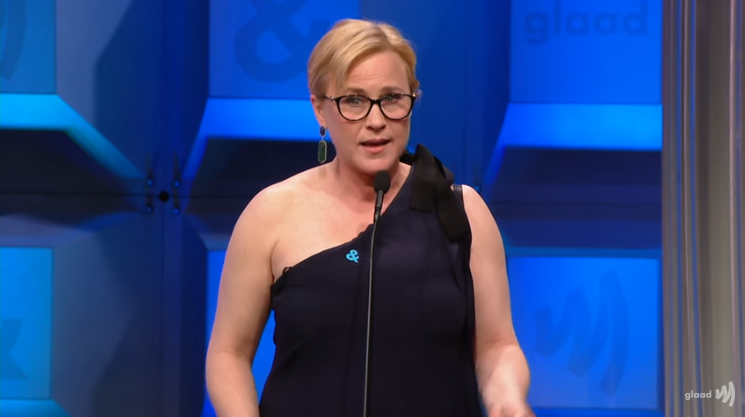 "Visibility" was a key word throughout the evening. Actress Patricia Arquette—nominated for the event’s highest award—commented on the struggles of her recently deceased transgender sibling. "Right now trans visibility really matters. My sister Alexis challenged the movie industry at its core... She knew she was risking losing work and her livelihood by living her truth."

Transparent won Outstanding Comedy Series, beating out other contenders like Modern Family and The Real O'Neals. Transgender reality TV shows I Am Jazz and I Am Cait were among other entertainment media nominated for awards, while (unsurprisingly) Cosmopolitan, Seventeen and Teen Vogue contended for “Outstanding Magazine Overall Coverage.”

Check out this year’s other award nominees here.