'Hateful' and 'Discriminatory': Conservative Target Boycott Website Gets Shut Down

When Target announced an April policy change that would open up store restrooms to both genders, a number of conservatives began to boycott the retailer. Specifically for the holiday season, watchdog group 2ndVote activated the campaign #AnywhereButTARGET, which encouraged consumers to shop at stores that did not promote a progressive agenda. However, on Thanksgiving Day, the group received an email from Leadpages, their landing page host, warning that they must remove their “hateful” messaging. 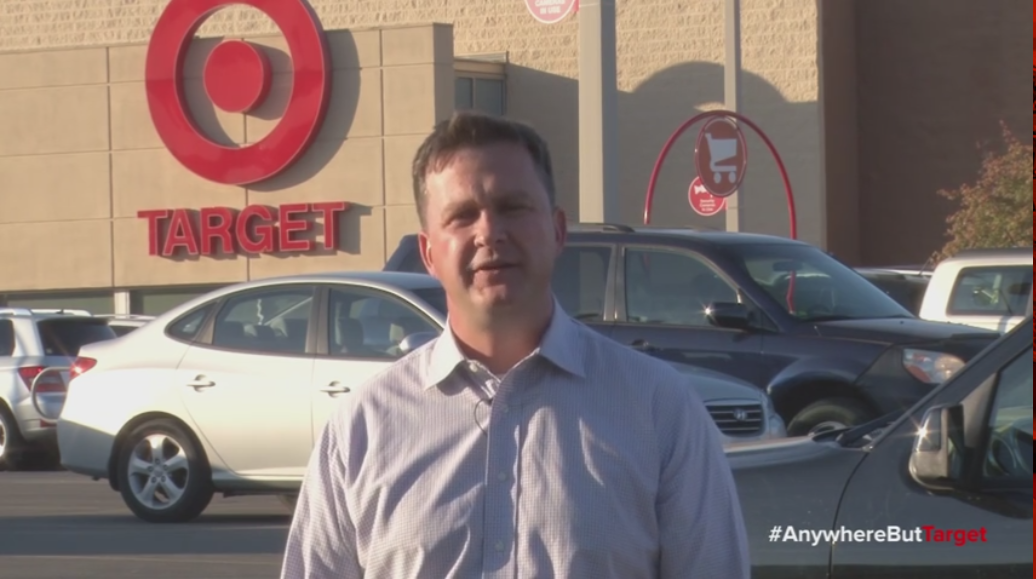 But you probably won't be seeing this story in the news. When it comes down to it, the website was not about hate. It was about safety. But it's a whole lot easier to conflate hate and conservatism than to acknolwedge the legitimacy of a different viewpoint.

“We’re shopping #AnywhereButTARGET because we don’t think conservatives should fund Target’s dangerous social agenda,” the 2ndVote landing page read. “Not only has Target publicly advertised that its stores’ gender specific facilities—changing rooms and bathrooms—are open to all comers, regardless of biological sex, but Target has also stood by the policy, despite falling revenues.”

Pretty hateful, huh? But in the name of creating “an inclusive workplace that upholds the dignity of all people,” Leadpages’ Director of Operations Doug Storbeck requested that 2ndVote remove the offending page. To add some punch to his email missive, Storbeck mentioned that Leadpages’ agreement with 2ndVote could be terminated at any time.

Although the conservative group has now found a new business partner, the problem of two-faced tolerance remains. In an exclusive statement released to MRC Culture, 2ndVote shared its take on the issue. “Instead of focusing on how many people have legitimate concerns with Target’s restroom and fitting room policy, the media wants #AnywhereButTARGET to fit a narrative that tries to smear religious beliefs as ‘discrimination’ or ‘hateful speech.’”

2ndVote continued: “Essentially, the media has fostered a culture where anything or anyone who doesn't carry the banner for the liberal social agenda is shut-down in the name of political correctness.”

Target remains in the bull’s eye of the controversial transgender bathroom debate, yet the mainstream media gives little to no recognition to developments that do not correspond with their agenda. For example, when the American Family Association sponsored a boycott signed by over 700,000 people (and eventually 1.4 million), ABC failed to report the news. And when Target announced plans for a $20 million project to install single-person bathrooms in response to that petition, the networks didn’t mention it.

We’ll see whether they cover the latest developments.