Planned Parenthood and the liberal media are in a committed relationship – and there’s no doubt they’ll celebrate it when the nation’s largest abortion provider turns 100 on Sunday.

Representing networks, major newspapers and liberal news blogs, journalists have repeatedly defended Planned Parenthood during times of scandal, perpetuated long-debunked myths to advance the group’s agenda, and even gushed over its “altruism.” 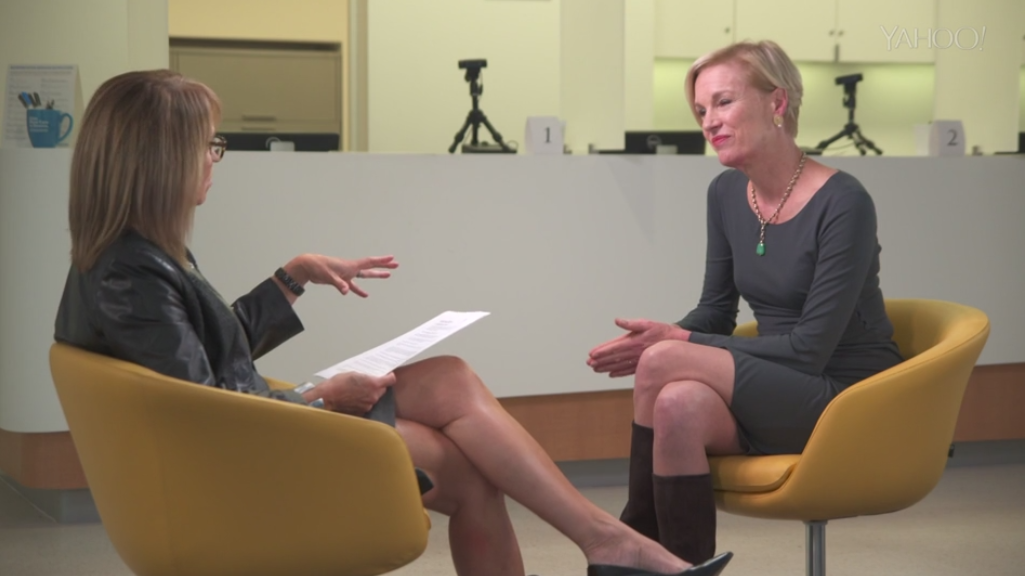 And Planned Parenthood is appreciative of the love. In an interview with Fusion’s political correspondent Katie McDonough, Planned Parenthood President Cecile Richards delightedly declared, “It’s been wonderful to see mainstream magazines now covering abortion stories of women and of men, of families, and beginning to get this conversation into the public sphere.”

But the media isn’t just covering pro-Planned Parenthood stories. The relationship goes deeper than that. After some research, Joseph Schaeffer of Crisis magazine discovered that "former and even current Planned Parenthood officials themselves are also currently part of the management teams at corporations that own major American media outlets." Even the New York Times Company Foundation is a Planned Parenthood donor.

Below are ten of the worst examples that reveal just how intertwined the liberal media are with Planned Parenthood.

When the Center for Medical Progress (CMP) released videos exposing Planned Parenthood’s harvesting of aborted baby parts last year, Washington Post editor Jonathan Capehart admitted that he could not bear to view them. However, on Morning Joe, Capehart defended the organization, using the liberal trope that "they do so many other things providing health care to women." Then, with the irony seemingly lost on him, he stated: “on my Twitter feed yesterday there was a woman who tweeted at me and said thanks to Planned Parenthood I'm still alive." Seven million people whose lives were cut short “thanks to Planned Parenthood” will never get the chance to tweet that, Mr. Capehart.

2. CNN: It all comes back to the patriarchy

There’s no knowing to what the heights the blame game will take CNN correspondent Sally Kohn. But when the CMP videos were released, she stooped to tweeting, “No surprise patriarchy and white supremacy resort to edited videos re #PlannedParenthood, #SandraBland – facts alone not on their side.”

Following the Houston district attorney’s decision to indict CMP representatives David Daleiden and Sandra Merritt, MSNBC host Chris Matthews welcomed Cecile Richards onto a January 2016 segment of Hardball to discuss the situation. When Richards called the videos an attempt to “smear the reputation of Planned Parenthood,” Matthews questioned, "How do you get it out of people’s heads and say it was all hogwash?"

Referring to the indictment of CMP head David Daleiden, Salon writer Bob Cesca gloated. “It’s a victory for more than just Planned Parenthood and reproductive rights in a climate where victories are scant,” he wrote, “It’s a victory for reality in a world where the Republican Party is increasingly ensconced in fantasy land.”

“They [the GOP] needed the videos to be real in order to perpetuate this absurd lie about Planned Parenthood, that a chain of clinics which engages mostly in non-abortion related services is actively engaged in a holocaust against the unborn,” he continued, “coercing naive pregnant women into their clever abortion factories where patients are forced to undergo grisly procedures more closely associated with Rob Zombie movies.”

5. Slate: ‘Not an act of killing…an act of altruism’

Similarly, Slate writer Mark Joseph Stern defended the CMP videos for showing “hope” and not “death.” “To my mind, a woman’s decision to donate her aborted fetus to medical research—and Planned Parenthood’s willingness to transfer the fetal material—is deeply commendable,” he insisted. “No woman is eager to have an unwanted pregnancy, but if she decides to terminate it, Planned Parenthood can help turn her misfortune into a mitzvah. That is not an act of killing. It is an act of altruism.”

Earlier this year, the NYT editorial board penned a piece titled “The State Assault on Planned Parenthood.” In it, the board criticized CMP for its “deceptively edited videos” and “completely bogus” charges against Planned Parenthood.” Then, the board painted the GOP as petulant children, “threaten[ing] to shut down the entire federal government if they didn’t get their way.”

In an effusive piece about “activist extraordinaire” Richards, WaPo reporter Caitlin Gibson couldn’t gush enough over the head of Planned Parenthood. “In person, the 59-year-old Richards exudes both a warm authenticity and a subtle impenetrability; there’s the sense that she means everything she says, but she isn’t saying everything,” she wrote earlier this year. “Her public persona is almost preternaturally controlled; like the savviest politicians, she’s supremely polished, perpetually on-message and surrounded by a highly protective media operation that carefully controls reporters’ access and circles the wagons when uncomfortable situations arise.”

Uncomfortable situations like the 2015 harvesting scandal? Gibson hardly mentioned the controversy. And it was unclear if Gibson was speaking from experience about the “highly protective media.”

When the Susan G. Komen Foundation rescinded its funding of Planned Parenthood in 2012, NBC’s Brian Williams declared that the action had “soiled one of the great names and best-known brand names in all of charity.” The foundation “was the symbol of the fight against breast cancer until controversy came along and Komen cut funds for Planned Parenthood, a decision it later reversed," he stated. However, nowhere in the segment was the abortion giant labeled “controversial.”

In a classic softball interview with Cecile Richards, MSNBC host Andrea Mitchell discussed Justice Sonia Sotomayor’s temporary stay on the Obamacare contraception mandate in 2014. Making her views on the issue quite clear, Mitchell brazenly asked, “Is there anything that Planned Parenthood or other advocates can do for women's rights and women's rights to contraception?”