The Fated Weiner Wedding: A Photo the Media Won’t Reveal

It would seem that Anthony Weiner and Huma Abedin’s wedding was doomed from the outset. After all, the much-hyped political union – sullied by a sexting scandal – was officiated by champion philanderer Bill Clinton.

And now, after the revelation of more sexually explicit texts, Abedin has finally announced her plans to separate from Weiner. "After long and painful consideration and work on my marriage, I have made the decision to separate from my husband," she stated, according to Politico. "Anthony and I remain devoted to doing what is best for our son, who is the light of our life. During this difficult time, I ask for respect for our privacy." 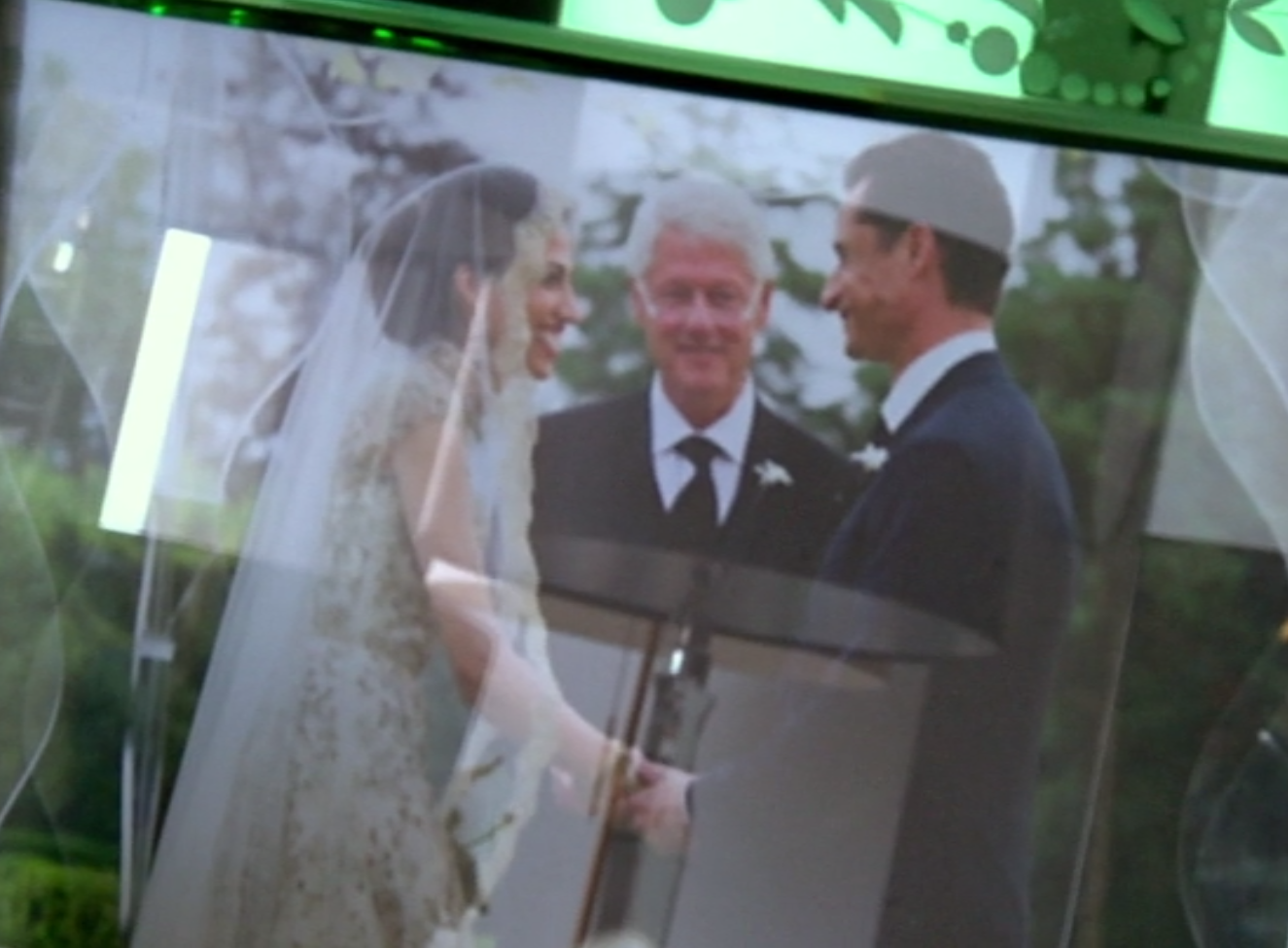 Although the New York Times, Newsweek and others reported on the couple’s 2010 nuptials, even mentioning Clinton’s role, none of these outlets published a picture of the former president presiding over the six-figure ceremony. At least, if there ever were photos, they’ve been taken down … and understandably so. The juxtaposition of the two remarkably similar men is more than a bit embarrassing.

However, we spotted the photo in the May 2016 documentary Weiner, an eye-opening look at the scandal, attempted resurgence and “disastrous mayoral campaign” of the politician. (According to NYT correspondent Mark Leibovich, the long-suffering Abedin never permitted the filmmakers to feature her in the doc – which was apparently ignored.)

So, here’s the photo you won’t find anywhere else. Poor Huma.