Even With Feminism, Race Is Still 'the Issue' on 'Black-ish' 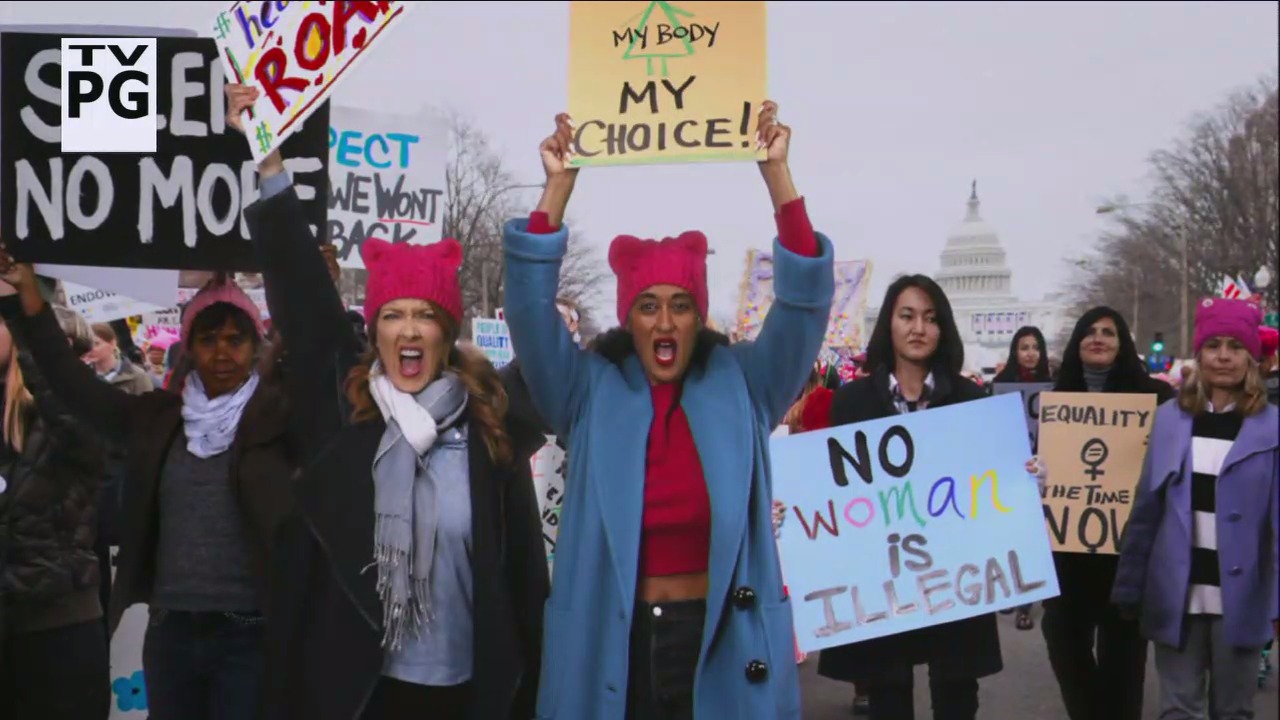 Black-ish is pushing the radical feminist agenda, and also anti-Trump vibes, in its newest episode "Feminisn't" where Bow (Tracee Ellis Ross) and her friend Abby are portrayed as activists for woman's equality, having started their own women's group after the 2016 election.

Tuesday's episode begins with Bow and Abby making the announcement that they have just spoken with their Congressman about repealing the "pink tax", the tax on menstrual products, and that it went very well. They are extremely excited and pleased with themselves, but once Abby leaves, Bow's mother-in-law tells her, "Rainbow, you need to tell these children the truth. Feminism is for white women, like your friend who don't want to wear a bra." #whitefeminism

Bow then decides to go on a personal crusade to ensure that her children are feminist and proud, and forces her youngest daughter Diane to go with her to the next women's meeting. Most of the women in the group are white, and one makes an offhand comment about how they are living through the "worst thing to ever happen to women in this country", presumably talking about President Trump's election, whereupon Bow responds with the fact that black women were literally enslaved, which might possibly be a worse plight.

Diane is unimpressed with the group after this and so Bow decides she needs to bring in her black friends to diversify the group a little bit. However this causes its own set of problems, when every time one of the white women brings up an issue the black women feel the need to discuss how they have it worse than causing some tension between the two groups. This also allows the episode to sneak in some Equal Pay propaganda: "77 cents [on the dollar] is just what white women make. For black women, I believe it's -- it's 63 cents? And Latinx women make even less."

Abby is made uncomfortable by this and attempts to talk with Bow about it but instead gets completely shut down.

Abby: Oh, my God, they're so amazing.

Bow: Yeah, oh, my God, they are amazing.

Abby: Yeah. The conversation keeps drifting toward race, and this group's more focused on women's issues.

Bow: I thought you said you wanted more diversity. Is that a problem now?

Abby: No, I just, you know -- I didn't think that you were gonna come in and take over the whole group.

Bow: What do you mean by "Take over"?

Abby: I'm just saying, like, this group does what we do for not just a specific group of women, but for all women.

Bow: Yeah. Yeah, that's what you mean. That's what that means.

Bow: Okay, you're asking me to choose between being a woman and being Black. I don't have that privilege.

Abby: No, I just -- I feel like you're distracting from the bigger issue.

Diane: But, uh, good job on the doughnuts, though. Like...

After this, Bow starts her own women's group that is entirely comprised of women of color, and seems to completely leave Abby in the dust. Just like that, an episode that starts out about feminism ends up being about race and privilege, too. Who doesn't love a lesson on intersectionality in their primetime comedy?