South Park: Kids in Cages Because ‘Fat Intolerant A*****’ Doesn’t Want Them Around 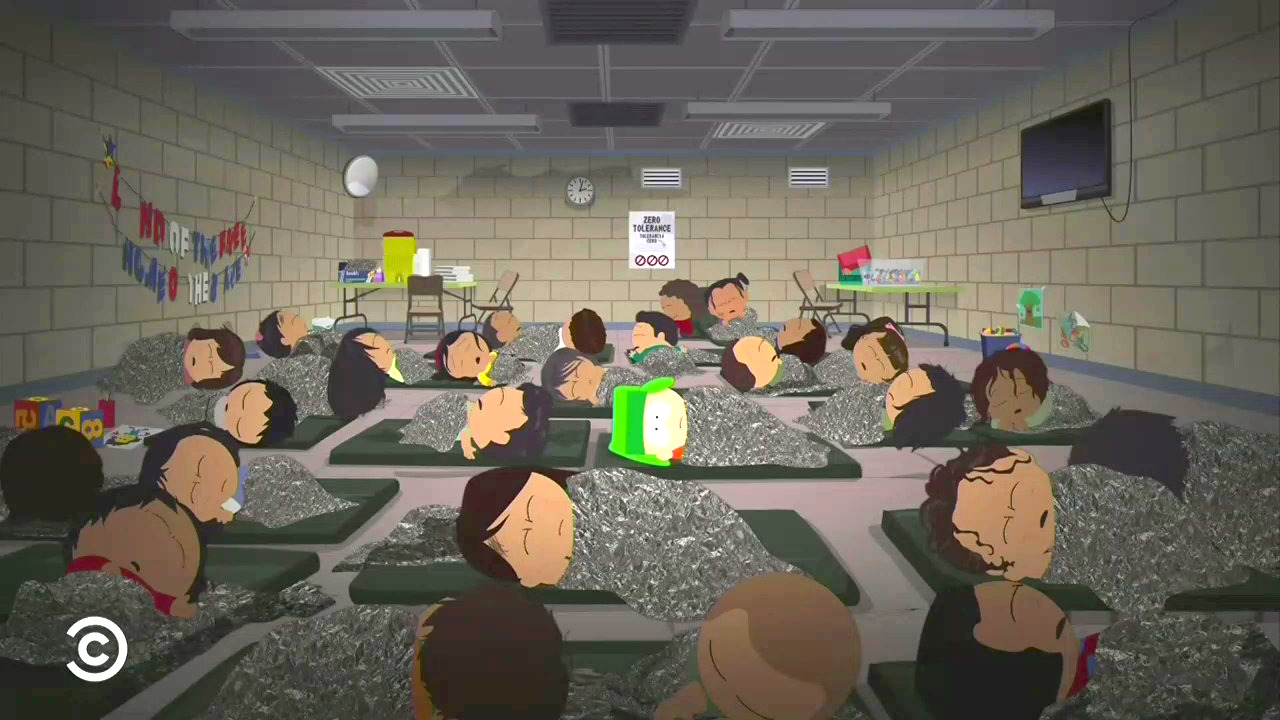 The new season of South Park got back to its libertarian roots in ways many conservatives might not appreciate. One side plot of Wednesday night's episode "Mexican Joker" dealt with marijuana and regulation reform, but the main storyline was based around illegal immigrant children being placed in detention centers.

Cartman starts off the episode depressed; channeling his inner Greta Thunberg, he moans,  "Kids are being handed a world that's broken and sick. We aren't the ones who messed this planet up, but we're the ones who will pay the price." That's until he sees an ICE raid and discovers that families can be rounded up and put into detention centers following anonymous tips. Of course, Cartman is delighted with this information--"Now, when you don't like people, you can have them taken from their families and put into camps!"--and immediately calls ICE on Kyle's house as a revenge prank.

Because ICE is so incompetent, the family of American citizens is rounded up and Kyle is separated from his parents and taken to a children's detention center. The rest of the kids there are all Hispanic and they are met in the detention center by old white immigration officers who perfectly fill the stereotype of being stupid, racist and incapable of logical thought. It's a big oof, to say the least. Once the officers get all the children rounded up in the center and realize that Kyle is Jewish, they freak out and decide they have to release him because "people might think we're racist."

Officer: All new kids, el nombre -- line up and announce when your name is read. Martinez!

David: Broflovski... is that an El Salvadorean name?

Kyle: I'm just here because some fat intolerant asshole didn't want me around!

Jeff: Oh, boy. We gotta get this kid out of here. People might think we're racist.

Kyle is a little political activist for the rights of illegal kids and demands that all the children get released along with him. He says, "Aren't you worried about what you're creating here? You're pulling children away from their parents and isolating them behind bars. You're traumatizing them and teaching them to fear the U.S. Government."

He then acknowledges that the officers are genuinely stupid and draws a comparison between their actions and the actions of the villains in the DC Comics that resulted in the making of the Joker due to childhood trauma. The officers stay true to their stereotype and panic because they now believe that there is a Mexican Joker in their midst--"But doesn't Mexican Joker understand that we're just doing our job and trying to make America great?"--so they start doing crazy things such as performing shock treatments on the kids to ensure that they won't grow up to take out their anger on the immigration officers.

Kyle continues to rack his brain to come up with ways to get the other kids released. Eventually he uses their tin foil blankets to make yarmulkes and teaches them some Hebrew so that the immigration officers will be forced to release all of them. It's the last of a number of heavy-handed comparisons of the Jewish Holocaust to the current immigration crisis America faces today.

South Park has always been at its best when it's subversively skewering the sacred cows of the left. Let's hope the rest of the season brings more of that and doesn't keep hitting us over the head with the same liberal talking points we hear everywhere else.