‘FBI: Most Wanted:’ Transgender 'Becoming the Person You Were Meant to Be' 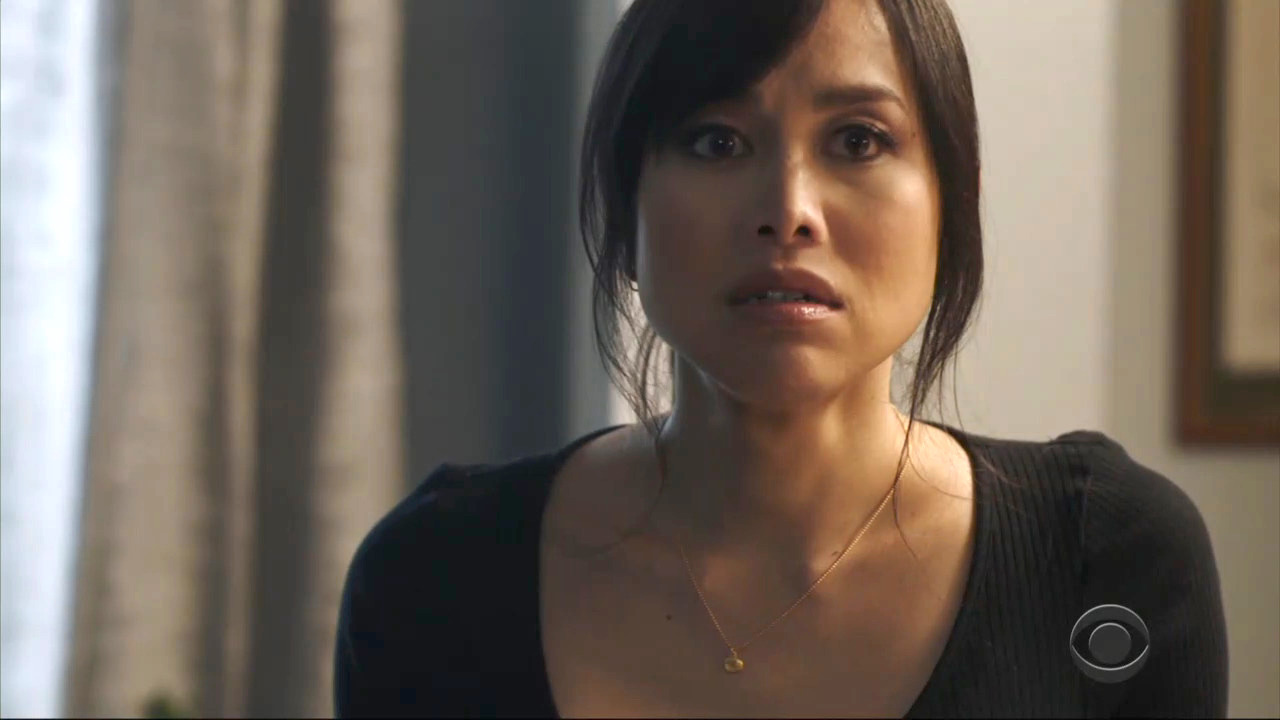 As if “Silkworm,” the March 31 episode of FBI: Most Wanted about a rogue FBI agent who is working with the Chinese, didn’t have enough excitement and intrigue, the show added a new take on the silkworm, as a representation of transgenderism.

While hunting down rogue Agent Paul Hayden (Joshua Malina), Agent Jess LaCroix (Julian McMahon) also does some digging into someone named “Silkworm,” who turns out to be Paul’s mistress, Cassie (Rain Valdez), the mother of his child, Eli. She and Eli are supposed to meet Paul to go to China together.

LaCroix pieces together that Cassie is transgender when he discovers she’s taking 300 mg of progesterone, more than the typical dose for PMS. He and Agents Hana Gibson (Keisha Castle-Hughes) and Sheryll Barnes (Roxy Sternberg) confront Cassie with this information, which is the real reason she’s afraid to go to China:

LaCroix: Cassie Zheng, I'm Agent Lacroix. We need to talk to you about Paul Hayden.

Barnes: He's trying to leave the country tonight, isn't he?

LaCroix: And you're gonna help us stop him.

Cassie: I love him. He loves me. He loves our son.

LaCroix: You're supposed to go with him, but you're afraid of what'll happen to you once you get to China.

Cassie: The government in China, they don't like people from Taiwan.

LaCroix: That's not the reason you're afraid, is it, Cassie? The silkworm inside the cocoon, that's you, isn't it, becoming the person you were meant to be? You're afraid because transgender people are not accepted in China.

Cassie: They think we are mentally ill.

Barnes: They might take your son away from you.

Gibson: Not even Paul can protect you.

Cassie: When Paul told me we had to go to China, I said, "Yes," because of his safety.

LaCroix: Where are you supposed to meet him?

Cassie: I--I don't know. They will call and come pick me up. I know that what Paul did is wrong, but we are a family. But in China… I don't know what to do. Please, help us.

It is revealed in a later scene that Eli was conceived through Cassie’s sister acting as a surrogate. She told Paul she was infertile.

The scene glosses over a real international predicament, that China and Taiwan are at odds, to make it seem as if transgenderism as mental illness is an idea unique to a communist, oppressive country like China.

The transgender plot gets even more dramatic when the agents bring Cassie and Eli to the airway to try to stop Paul from leaving:

LaCroix: Paul Hayden! I have somebody who wants to talk to you.

Cassie: Paul. Sweetheart, I'm here with Eli. Please, we need to see you. Eli needs to see his Papa.

Paul: Cassie! Run to me. They won't stop you!

Cassie: Please, Paul, don't leave. We'll never see each other again. You won't see Eli grow up. He needs you. I need you.

Cassie: Even if you're in prison, we can still be a family.

Chinese agent: Forget her. There are many pretty girls in China. This one wasn't even born a woman.

Cassie: I transitioned eight years ago in Taiwan.Paul, this is me, the real me. You've always known the real me.

Paul: Why didn't you tell me?

Cassie: I--I was afraid... Afraid you'd stop seeing me as who I really am. I'm sorry.

LaCroix: Cassie's the same person she was five minutes ago, Paul. The same woman you fell in love with... The mother of your child. The woman who gave you something to live for. And you risked everything for her, for your son... Your good name, your oath, your liberty. Don't walk away from that. I know you know Paul. There's nothing more precious than watching your child grow up.

Paul: The hell with it. Hey, Cassie!

Are viewers really supposed to believe that Paul would barely react to know that the "woman" he loves was not born a woman and has lied to him all these years? Apparently they are, as before being taken into custody Paul kisses Cassie saying, “I love you so much,” as if nothing has changed.

Valdez is a transgender actor, writer, and producer. Her website advertises that “Rain is also the founder of ActNOW, the first and only acting class in Los Angeles specifically prioritizing a safe space for LGBTQIA actors and teaches beyond the binary.” March 31 was declared "International Transgender Day of Visibility" so that's probably why the episode aired on this date.