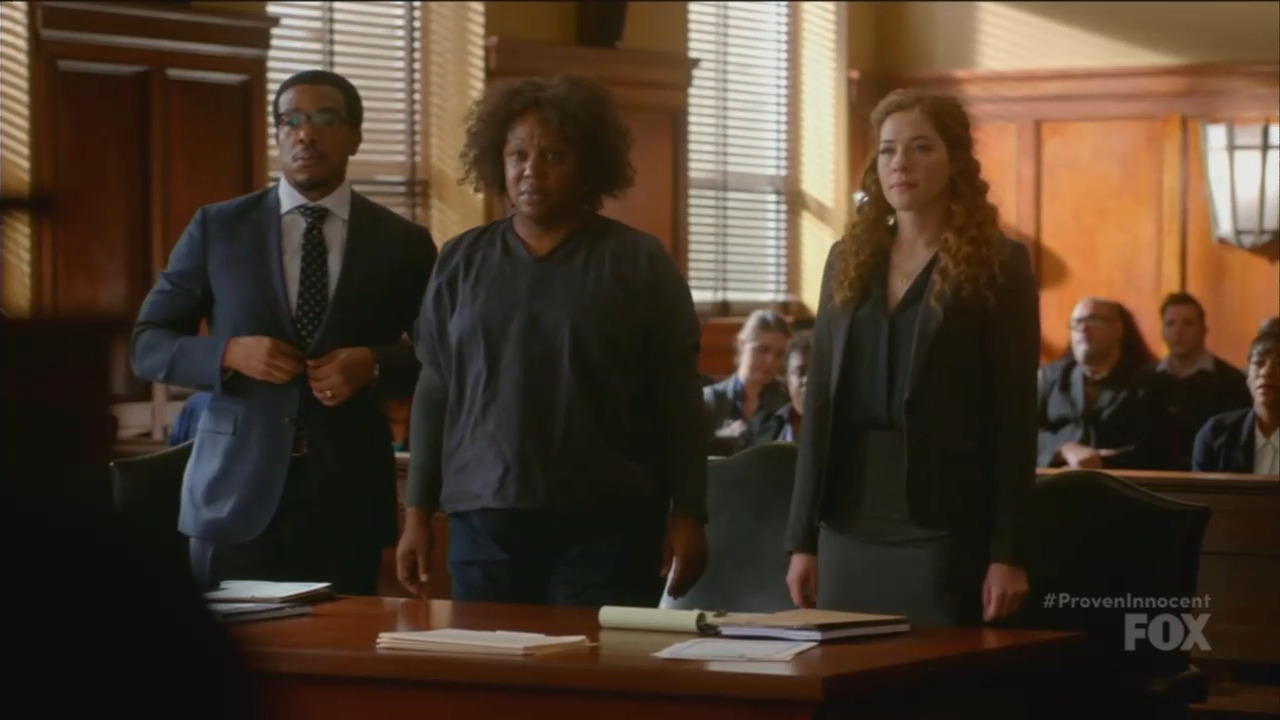 If you thought the April 5 episode of Fox’s Proven Innocent, titled “The Struggle For Stonewall,” complete with actual footage of LGBT pride parades and rallies, was going to be virtue signaling, you’d be correct.

One of the very first lines bashes conservatives. As Madeline (Rachelle Lefevre) and her investigator Bodie (Vincent Kartheiser) are walking through a LGBT-friendly neighborhood, Bodie, who is straight, mentions that because “this place is rocking,” it “really makes [him] rethink [his] lifestyle choices.” He’s reminded that “being gay is not a choice,” and the two laugh, joking, “It is if you love Fox News.”

The episode has other expected lines, such as how having hormones taken away from someone transgender being likened to “having your identity ripped away.” Madeline shares how she “was friends with a trans man in prison,” and that “taking away his testosterone would have been like taking away his existence.” The case this week involves a trans woman who was born Steven, but now goes by "Cindy" (Jazzmun), and has been in jail without hormones. Cindy isn’t even looking for freedom, just hormones. But Madeline won’t take no for an answer and wants to get Cindy out of prison.

One of the episode’s themes involves tension between members of the LGB community and transgenders. “The gays hate us. The lesbians don't want anything to do with us, and the straights don't even think we're human,” Cindy says in a rant about why prison is supposed to be preferable to freedom. It turns out Madeline wants Cindy to be free, not just for Cindy’s freedom, but as a case to “shine a light on those [trans] issues.”

The boldest virtue signaling comes from comparing the suffering of the black community to that of transgenders. Madeline  bluntly brings it up as she and Easy discuss the case:

Easy: I believe she's innocent, but if she doesn't want our help...

Madeline: Prison is a hopeless place, we just need to give her some hope.

Easy: So what, we go against her wishes and do it anyway? It's not even ethical to assume representation for a client without their consent.

Madeline: Then let's find some new evidence, give her a reason to say yes. 2018 was one of the most violent years in history for transgender women. This could be an amazing case to shine a light on those issues.

Easy: We can't take the case of someone who doesn't want to be exonerated.

Madeline: Are you uncomfortable with this case?

Easy: No. I'd gladly move forward if she actually wanted our help.

Madeline: Well, she does, she doesn't know it yet. Come on, let's dig around. Let's give her a reason to change her mind. Amazing, isn't it? All the hatred for this community. All they want to do is just live their lives for who they are.

Easy: I wouldn't know anything about that.

Madeline: Does the black community share any connection with the gay community for being targeted by hate groups?

Easy: Some might say yes because we both know what it's like to be hated for being who you are, and we're both generally hated by the same people. But others say you can hide who you love, but you can't hide the color of your skin.

Madeline: But what do you do when you can't hide who you love?

Thomas: No way Cindy killed her. Cops will pin anything they can on queer people.

Easy: Did you own the bar then?

Thomas: No, I was just a server. It was mob-owned, like most gay bars. They walked away in '98 and someone had to keep it alive. This bar was special. A safe haven, where everyone could be themselves.

Madeline: Everyone? My understanding is not all gay bars were welcoming of the trans community.

Thomas: This wasn't most gay bars, honey. This was the Tulip. Vanessa was an icon. A true hero. Everybody loved her. Except the cops.

Easy: Why is that?

Thomas: The usual. Thought she was a he and a pervert. If they weren't harassing her, they were putting her in cuffs for prostitution, and believe me, she wasn't.

Thomas: That's right, honey. You look visibly trans on the street, cops cuff and say you're a prostitute.

Easy: In my community, it's walking while black.

Thomas: Now imagine being black and trans. 'Cause that's what these girls had to live with. I remember a few days before she was killed, some jerk accosted Vanessa. He was obsessed with her. And when she called it off, he went after her. Then the cops arrest Vanessa for assault.

Easy: Do you know who this guy was?

Thomas: No, but I'll ask around. A few of us are still alive from those days. A few.

Next, we have a straight white male who is physically injured for his support towards the LGBT community. While drunkenly leaving a drag club, wearing a rainbow feather boa and singing, Bodie has a bottle thrown at his forehead. The cops are portrayed as not caring, as they seem bothered just taking a police report and fail to refer to a drag queen by the preferred pronoun:

Bodie: And I like that part. And-and I had fun.

Violet: Are you okay?

Madeline: Someone call the police!

EMT: You're not gonna need stitches. You got lucky. An inch lower and you could've lost your eye.

Police Officer Thompson: So you didn't get the license?

Madeline: No. It-- Look, it all happened so fast. Can you guys not check the neighborhood cameras, get their license plate?

Police Officer: Yeah, we'll get right on that.

Easy: You're not gonna do anything, are you?

Easy: Listen, I'm not even gay and I'm pissed off.

Police Officer: Of course you're not, sir.

Drag Queen: You're wasting your time getting angry.

Easy: Can you at least show her some respect and refer to her as ma'am?

Madeline: All right, all right. We get it. You don't care. Let's just get out of here.

Cindy is ultimately released from prison, with the judge referring to Cindy as "Ms." If Cindy getting released from prison isn’t enough, Thomas has a heart-to-heart with the trans woman, which includes apologetic lines about “being so consumed trying to protect ourselves, we lost sight of what the fight was about.” How does Cindy respond? “It’s okay, sweetie. It’s time for all of us queens to move on.”

And if that’s still not woke enough for you, the episode ends with Madeline calling her mother to announce, “I'm bisexual and I'm dating a woman,” who is her former prison inmate. When her mother asks about getting to meet her, it’s that she’s still in prison which proves to be the problem. Of course, it is.