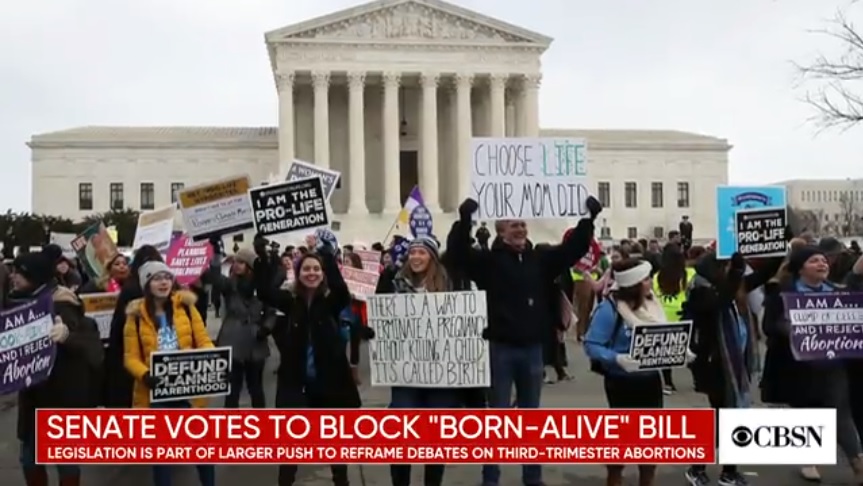 On February 25, the the Born-Alive Abortion Survivors Protection Act failed to earn the 60 votes needed to pass the U.S. Senate. For many, including the bill’s sponsor, Senator Ben Sasse of Nebraska, there was shock as well as sadness. How could 60 Senators fail to pass a bill protecting already born babies from infanticide, especially when it should have been all 100 Senators doing so?

Planned Parenthood, which performs more abortions than any entity in the United States, as well as some of the pro-abortion Senators who voted against this legislation, made a bill about infanticide, which would do nothing to restrict or regulate abortion itself, about abortion and women's health. That’s a big part of why the bill failed.

When one looks at the mainstream media coverage, specifically how the media categorized the legislation as simply anti-abortion, it becomes less shocking. It is all the more imperative to correct the record about where many in the media get this bill wrong.

Not all opponents of the Born-Alive Act made their talking points about abortion. Senator Patty Murray of Washington State used her time to claim the bill was not needed because of the Born-Alive Infant Protect Act of 2002. “Its proponents claim it would make something illegal that is already illegal,” Murray said on the Senate floor.

Make no mistake, such an argument is just as dangerous. Under the 2002 law, a baby born alive from an abortion attempt is indeed recognized as a legal person, but it is not addressed what a doctor's obligations are and what the penalties are for failing to provide proper care. Testimony from medical professionals confirms that many of these babies born alive are left to die from exposure. The media’s claim that infanticide is a “myth” and that babies aren’t born alive from abortion is weakened even further by those lucky enough to have survived abortion attempts telling their stories.

As Nate Madden for Conservative Review recently wrote, abortion played a role in Google searches and the presidential election itself. As Madden’s piece and tweets from President Trump, who continues to not shy away from pointing out the extremist views of the Democratic Party, foretell, abortion, and now infanticide, will be a focal point for the 2020 presidential election. Promoting the pro-life message is even more necessary with what we’re up against from the mainstream media.

Here’s the kind of biased coverage the anti-infanticide crowd faces:

NewsBusters has already published several articles calling out the liberal media's biased coverage, including criticizing many of the articles listed above. Publisher Brent Bozell and Executive Editor Tim Graham devoted a column to it, titled “How Is Abortion AFTER Birth Not News?” (Emphasis in original.) Other articles include:

The Democratic Party may be so partisan and beholden to Planned Parenthood that most of its members wouldn’t cross the aisle to vote with Republicans to prevent infanticide. Fortunately, the American people are not. Polls favor the anti-infanticide crowd and show a “dramatic shift” on abortion. Further, even many of those who identify as pro-choice, which enjoys split support with those who identify as pro-life, would like to restrict abortion after the first trimester. Let’s take heart and not grow weary of disseminating this life-saving truth.