‘How to Get Away with Murder:’ America Is 'Scary, Evil, Racist Place’ 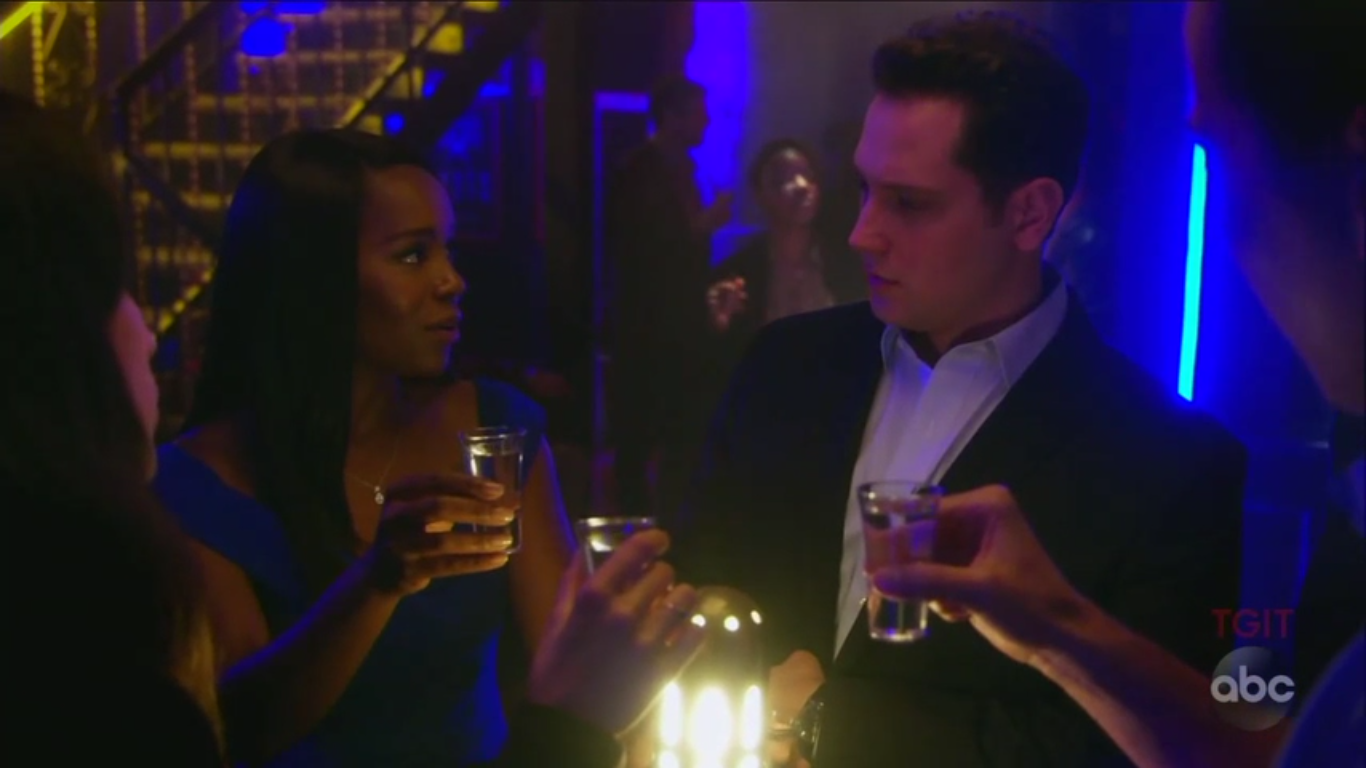 ABC’s How to Get Away with Murder has already so far shown to have anti-police tendencies, including when it comes to black police officers. In November 8’s episode, “I Got Played,” the Shondaland Production raised the stakes, not only against police officers, but white people and the country overall.

The previous episode had ended with the death of Nate Lahey Sr. (Glynn Turman), a client defense attorney Annalise Keating (Viola Davis) had just gotten pardoned. She and his son, Nate Jr. (Billy Brown), believe him to have been murdered by the two white police guards escorting him from his cell, though the cause of death has been ruled “a justifiable homicide.” One of the guards is a white woman who claims an agitated Nate Sr. stabbed her with a pencil so her male partner shot him to protect her.

While all are indignant over Nate Sr.’s death, characters express it in different ways. Nate Jr. is initially reluctant to even bother pressing further, noting “they don't even do inquests on cops who shoot kids on playgrounds.” As law student Connor Walsh (Jack Falahee) refers to the cause of death as a “cover-up,” classmate Michaela Pratt (Aja Naomi King) declares that at least “God can hear us,” and that “she better damn well send these people to hell,” as she refers to God as a woman.

Surely, we can see where this episode's narrative is going.

There's also the stereotypical bad guy in Governor Lynne Birkhead (Laura Innes), confirmed in previous episodes to be Republican. A heated exchange takes place between the governor and Annalise, one of many commentaries on the racist history of white women falsely accusing black men of crimes, as Annalise accuses the governor of having Nate Sr. killed and dares the governor's aide to remove her:

Then call your damn guards! Just like you called the prison guards that night? Ordered them to do your dirty work?... You sure you want to do that? Because I can go on live TV right now and say that your boss ordered a kill on my client... You knew how easy it would be to paint the black man as a threat to that white woman. It's a story your people have been telling since the dawn of time.

The episode focuses on Annalise and her team, which, in this episode, even includes District Attorney Ronald Miller (John Hensley), trying to build their case for an inquest into the cause of death and convince a jury to find the guards responsible.

In the episode’s climax, Annalise herself takes the stand to testify on Nate Sr.'s state of mind:

Miller: Ms. Keating, during the Medical Examiner's press conference, she suggested that your client, Mr. Lahey, was not taking his anti-psychotic medication. Do you find that suggestion credible?

Annalise: Not at all.

Miller: But the tests performed on Mr. Lahey showed no signs of these drugs in his system.

Annalise: Well, I'd like to talk to the person who ran those tests to see if they were encouraged to say whatever they needed in order to make that story stick.

Miller:What story are you referring to?

Annalise: That Mr. Lahey was violent with the guards that night.

Miller: You believe they're trying to cover up some sort of misconduct?

Annalise: No, I don't believe it -- I know it. Not once did Mr. Lahey act violently in my presence. My notes of my visits with him will prove this. You can read them yourselves.

Judge Cruz: Do not address the jury, Ms. Keating.

Annalise: This is a man who sat in the Supreme Court and listened to the most powerful judges in the world call him a monster, and not once did he make a sound. That's how together he was. So to believe that he suddenly picked a fight with guards on the last night that he knew he'd ever have to see them, how does that make sense?

Miller: Well, he was a violent criminal in his past. Who's to say he couldn't be violent again?

Annalise: He was violent only one time in his life, and that was during a severe mental-health episode. What those guards are hoping that you believe is the oldest, most racist stories in our country.

Judge Cruz: I said no addressing the jury.

Annalise: These false accusations all started with the same lie -- that black men are wired to attack white women. It's a stereotype sewn so deep in the fabric of this country that they just know that you're gonna ignore huge plot holes in their cover-up -- that the surveillance cameras were broken, or that an elderly man could physically overpower two 30-something guards -- when there's only one true story here, that those two people right there wanted to punish my client for exposing the torture and abuse happening in our prisons.

Judge Cruz: Do not address anyone in this courtroom.

Annalise: So they slaughtered him. They shot a defenseless man in the head, and here we are. Another black man's body being paraded in the court and me having to beg for justice...

Judge Cruz: Ms. Keating, may I remind you that you are a witness here? ...

Annalise: Beg for you to see him as a human being.

Judge Cruz: I will not stand for this grandstanding...

Annalise: And you're the only ones who have the power to do right. So do right!

Judge Cruz: Ms. Keating! You are dismissed from the stand. The jury will hear no further testimony from you. Mr. Miller, no further questions. Your witness has disregarded my warnings for the last time. She may step down.

Despite Annalise’s dramatic testimony, the jury agrees with the cause of death being a justified homicide and finds no charges ought to be filed. This is hardly surprising. The show has an agenda, after all. And it's not merely about black men being blamed for crimes against white women, but about how racist the country is as a whole.

Amongst all the depressing drama around them, the law students still go out to celebrate the upcoming gay wedding of Connor and his fiance, Oliver Hampton (Conrad Ricamora). Taking a round of shots leads to an impromptu speech about what "a scary, evil, racist place" America is from Michaela as they prepare to celebrate:

Laurel: Did you order them with poison? Because dying sounds really nice right now.

Oliver: You can die after the wedding so that Connor's dad doesn't get mad that we wasted an invite. Now, I say we do another round, and then the contest begins.

Connor: I'm not letting you make out with dudes, Oli.

Michaela: No. Oliver's right. Is this country a scary, evil, racist place? Yes. Are those guards probably home with their families right now, not giving a damn about what they did.

Oliver: You're not making anyone feel better.

Michaela: You two are in love. That's a glorious thing, so we need to embrace that. Otherwise, the terrorists win, and they cannot win. Hell, no, because we are going to work for Annalise at the Governor's office --

Michaela: Okay, that is not the can-do attitude we need right now.

Asher: No, Miller said that the Governor pulled the plug on the program. Didn't AK tell you?

Connor: Now can we die?

Oliver: No. No! We have survived so much, all of us. So pick up your damn shot glasses. Right now. To Nate Senior and the hope that, someday, we will live in a world that isn't always so terrible all the time.

That Annalise is supposed to be some sort of hero, a savior, even, to this fallen world, is not subtle. She has even likened herself to Martin Luther King Jr. in this season. This Shondaland Production is anything but subtle in communicating so clearly what kind of a country this is, and what Annalise and her proteges are up against in a big bad racist America.