'Modern Family' Takes 'Safe Spaces' to the Extreme in Football 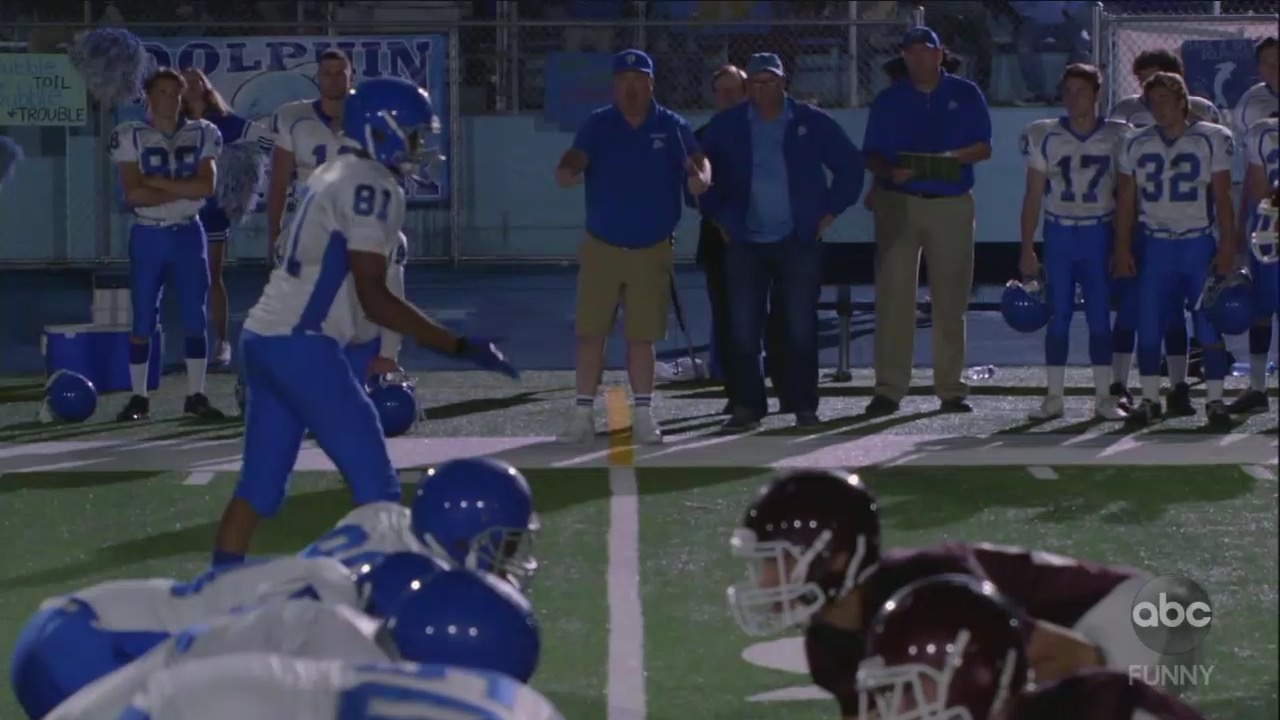 Cameron Tucker (Eric Stonestreet) the coach of the high school football team, and Jay Pritchett (Ed O'Neill), were forced to go through ‘sensitivity training’ by Principal Brown (Andrew Daly) because of how they talk to the players. This sensitivity training got ridiculous but isn’t unlike what is happening at schools and on college campuses across the country today.

Principal Brown:  Coach Tucker, students are a “Protected Class” and it is not okay for you, an elite white man of privilege to bully them.

Principal Brown: Yeah, gay doesn't really get you the mileage that it used to. Now, if you were trans, we'd be golden.

Jay: Oh, has the whole world gone crazy?! No, no, I've had it. I mean, what, everyone's so sensitive, they're gonna ruin football? In my day, our team, the Hamilton Cabbage Eaters, captained by Knish Bronstein, took on the Lincoln Banditos, qb'd by José "Speedy" Gonzales. And after three hours of pummeling each other's privates at the bottom of dog piles, we shook hands like brothers and all went to brawl the sausage-heads in pierogi-town. America. Beautiful melting pot.

Tucker:  Uh -- How was that your life? You were in high school during the Summer of Love.

Principal Brown: Coach Tucker, I don't know why this man is here, but he's a member of the "Elderly protected class," and legally we can't contradict him. I'm sorry, you're gonna have to find a gentler way to motivate your players.

Tucker: I don't know any other way to coach.

Jay: What we need is advice from someone who played football but also is a namby-pamby Millennial weirdo.

(Cut to Manny and his rugby team in the park)

Manny: Thank you for coming. We're here to teach these gentlemen how to communicate in the 21st century. Let's go around and each say the gender pronoun we prefer. I'll start -- I'm cisgender, he-slash-him.

Jay: This is your rugby team?

Unfortunately this isn’t new, there have been countless cases throughout schools and businesses today. Starbucks closed 8,000 stores for mandatory sensitivity training for their employees after a manager called the cops on two black men loitering.

They then took this ridiculous sensitivity training to the football field where instead of yelling at the players for not following the plays, Coach Tucker told him he respected his “independent spirit.”

Tucker: Thompson, I see you, I hear you, and I'm listening! I would have preferred you stuck to the play we called, but I respect your independent spirit! Okay, Pitkowski, treat the area around the quarterback as a "safe space," and think of the other team's defenders as destructive thoughts trying to attack our self-esteem! It's not working.

Jay: I hate losing to a team with a Viking mascot. Hey! You died out and became Swedes! Hip-hip-hooray for socialism and seasonal depression! Our championship is on the line. You gotta do something.

Tucker: Men, this is the biggest moment of your life and I don't know how to fire you up! My original plan was to come in here, single out the under-performers and throw diapers at them! Now I realize that could be interpreted as insensitive or, perhaps, anti-baby! I'm sorry, but the football field was always my safe space, okay?! It's where, in high school, I first gained the respect of my peers, and if I'm being honest, where I'd hoped I'd finally gain the admiration of my father-in-law. Now I feel like I've just... [Voice breaking] Let you all down.

Jay: You want to know how I feel? Hurt that Coach Tucker doesn't know how much we appreciate him. Triggered because he's got to apologize for a few words after all he's done to prove himself as a man and a coach. I've admired you for a long time and if I haven't let you know that, that's on me -- and I'm "Cissy-gendered" enough to admit it. And from now on, I'm gonna make sure that Coach Tucker knows he's a person of value I admire and respect. Coach Tucker's a person of value I admire and respect!

Player: Coach Tucker's a person of value I admire and respect!

Jay: Now let's go take it to these guys, who I'm sure are blessed with other gifts but are not great at football! Let's go! Can you believe they bought it?

These safe spaces have gone too far. Who ever heard of sensitivity training on the football field?