What’s in a Name? Left Howls Over ‘Groomer’ 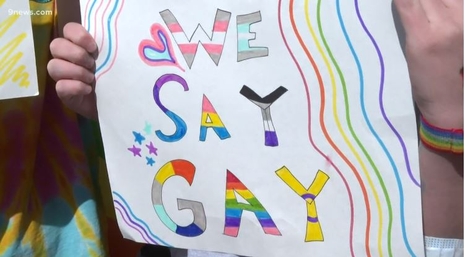 Conservatives are racists. All the best people say so. Against socialized health care? Bigot. Disagree with a judge’s judicial philosophy? Klansman. Care about election integrity, crime or the constitution? Racist, racist, racist!

So it’s more than a little amusing when the left complains it’s being “smeared” over its opposition to the Florida law against talking sex and gender with K-3 students. Woke folk resent being called “groomers.” Just because they deem it imperative that school libraries include dirty books doesn’t mean they’re pedophiles.

Even better is the coincidence of timing with these complaints. Somebody’s press shop woke up to the unpopularity of the progressive position, the talking points started flying and here comes the deluge of outraged takes.

That last question is a hoot: “Why are conservatives so concerned about ‘grooming’?”

It’s really quite simple: because we can’t imagine any other reason to be upset about not talking sex with kindergartners. For thousands of years parents have gotten through their children’s 9th birthday without uttering “gender-queer” or “pan-sexual.” This is due to a variety of factors, including prepubescent children’s mental and emotional immaturity and the rarity of such disorders. Oh yeah, and because talking about that stuff to tee-ballers is f**cking creepy.

If you’re hopping mad about legislation that enjoys the support of 61% of people (including 55% of Democrats) and simply codifies common-sense and decency, maybe take a step back.

If you feel compelled to discuss sex with someone else’s child, you might be a groomer. Take it from a racist.