This is sheer conjecture on my part, but I’m betting that some evenings Ariane de Vogue dresses up as Ruth Bader-Ginsburg and cross-examines her cats. What else can a CNN Supreme Court Reporter and RGB fangirl do until somebody starts a lefty political version of Comi Con? (Insert your own Bernie Sanders rally joke here.) 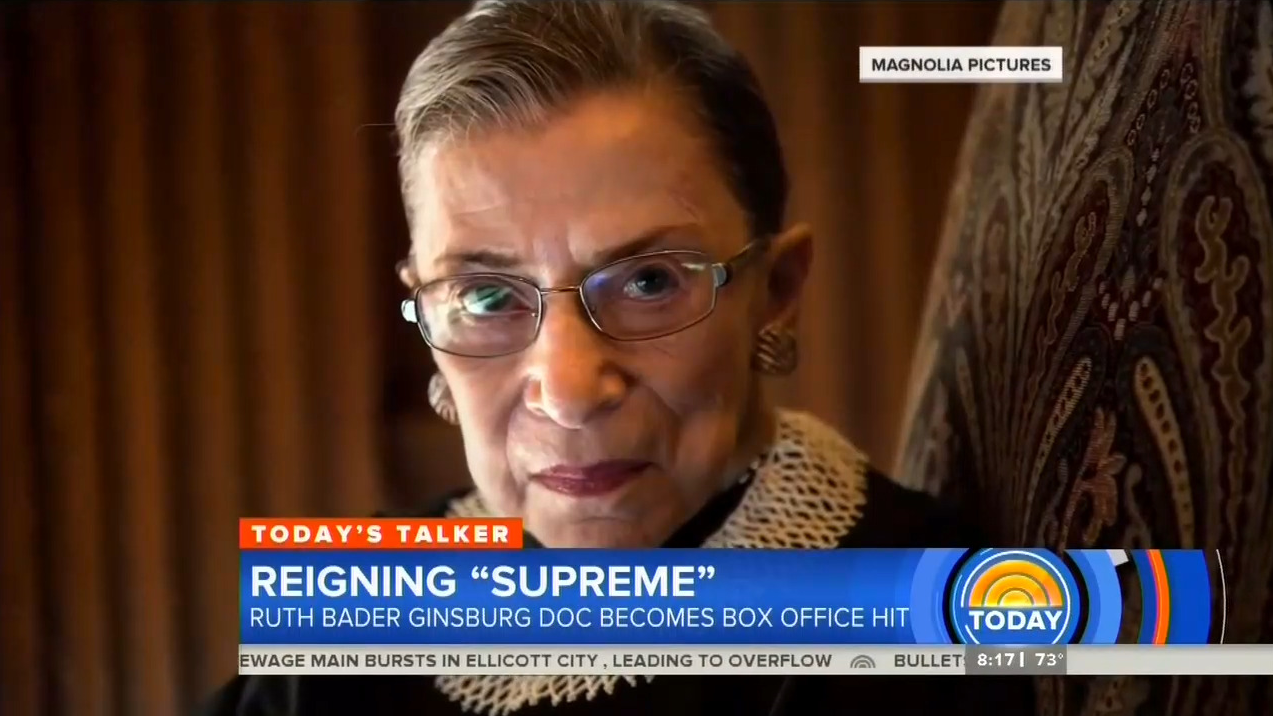 If there is any question whether 86-year-old Justice Ruth Bader Ginsburg, who has spent her life steeped in issues concerning women's rights, is slowing down after four bouts of cancer, it was not evident Wednesday morning in Washington.

Ginsburg’s stamina and mental acuity are indeed impressive, but in de Vogue’s telling, the octogenarian is a superhero in a black robe and lace collar, “engaged in a high stakes constitutional version of whack-a-mole, taking down arguments put forward by supporters of a Louisiana abortion access law that requires doctors to have admitting privileges at a nearby hospital.”

With the support of fellow justice and SuperFriend Elena Kagan, “Ginsburg worked to dismantle each of their arguments one by one. At times, she even went after her own conservative colleagues.”

Especially [cue ominous music] Justice Samuel Alito, “the most vocal supporter of the law.” Some aspect of an argument “triggered” him,” in de Vogue’s telling. “He grabbed on to the procedural argument and dominated the court room for several minutes.” You know, the way men (and scenery-chewing villains) always do. And in this case, Alito was doing at the expense of “abortion rights supporters, who have spent years in the trenches, [and] are fearful that the Court is rolling back rights.” Oh noble trench warriors! Fear not! Because “Ginsburg was ready to pounce.” (Isn’t “pouncing” something only conservatives and Republicans do?)

The bulk of de Vogue’s account consists of Ginsburg obsessing over the law’s provision requiring the abortionist to have admitting privileges at a hospital within 30 miles of the clinic. This was, de Vogue assures readers, super-impressive. A taste:

"What sense," Ginsburg wanted to know, does the 30-mile requirement make? At this point she was repeating herself. "I think everybody agrees that the most likely place the woman will be if she needs to be in a hospital, she'll be at home."

Ginsburg seemed stunned that Wall didn't understand how a complication could play out. "She's not going to be at the clinic," she said.

Guess you had to be there.

Lest readers forget that RBG isn’t just using wasting her ninja-logic on dry legalistic questions, de vogue reminds them that the justice stands for everything decent and good:

What she didn't say in Court, but what she often says in public appearances, is that restrictive abortion laws are likely to have a disproportionate impact on women without the means to travel longer distances to obtain the procedure.

Ginsburg knows that if Louisiana prevails in the case, it will embolden other states to pass similar laws.

And we can’t have that.

Has RGB permanently halted the forces of evil? Will Louisiana women retain the freedom to snuff out little lives without undue inconvenience? Will Ariane de Vogue’s cats ever have a peaceful night? Tune in to CNN.com to find out!