It’s a story made to warm hearts in the Washington Post newsroom: Former NBA player Dwayne Wade went on Ellen and boasted of his world-class parenting of a seriously confused kid. 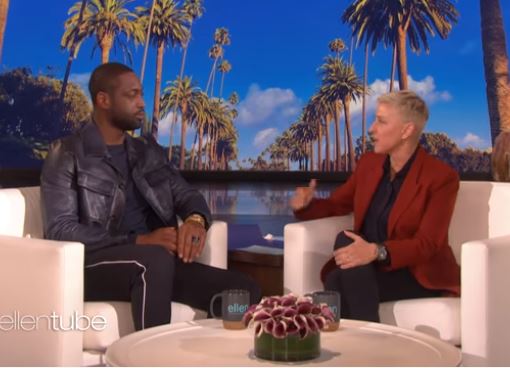 Actually, in the treacly phrasing of Post pop culture reporter Sonia Rao, Wade “opened up to Ellen DeGeneres on Tuesday about supporting his 12-year-old child’s decision to use she/her pronouns.” So his tween son decided to become a girl. That must have been a tough moment. Nah.

One day, Wade recalled, his child “came home and said, ‘Hey, call me Zaya, and I’m ready to take on this.' I looked at her and said, ‘You are a leader. You are a leader, and it’s our opportunity to allow you to be a voice.’ Right now, it’s through us because she’s 12 years old. But eventually it will be through her.”

You bet it’s through you, Dwayne, because your son is 12 freakin’ years old!

But that’s the point. Wade and his wife Gabrielle Union are exquisitely woke, so having a kid chirpily announce his gender dysphoria must have looked like a great chance to “walk the walk.”

Rao said Wade underscored “his and Union’s responsibility as ‘proud parents’ and ‘proud allies’ to listen to any issues their child might face, and to then provide ‘the best feedback that we can.’”

That feedback doesn’t seem to have included phrases like, “You’re very young to make this kind of decision,” or “Let’s get you to a therapist,” or even “Huh?” Zero to nail polish in 60 seconds.

“This is my job as a father,” he said. “I’m doing what every parent has to do. Once you bring kids into this world, you become unselfish. It’s my job to be their role model, to be their voice in my kids’ lives, to let them know you can conquer the world. So, go and be your amazing self and we’re going to sit back and just love you.”

Hm. Some fathers also take on a few other, less pleasant jobs, like teaching right and wrong, explaining reality vs. fantasy and gently hinting that “your amazing self” isn’t so amazing outside the cocoon or your family. That’s hard. That’s unselfish.

That also seems to be anathema to Wade. Rao again:

“After Zaya came out to her parents, Wade said, Union reached out to seek guidance from actors who appear on “Pose,” an FX series about 1980s ballroom culture that has been celebrated for its inclusive cast. It made history a few years ago for assembling the largest cast of transgender actors to ever hold regular roles in a scripted series. The Wades are also public supporters of the advocacy organization GLSEN, which works to end bullying and discrimination against LGBTQ students nationwide.

So they’re activists. Wade didn’t “open up” about anything. He has an agenda and wants to shout it. And I’m sure he’s sincere. But if your child comes to you with a serious mental health issue and your first call is to actors, you’re really not Father of the Year material, no matter what Ellen and the Washington Post say.