Think ‘The Chiefs’ Is a Bad Name? How About the White Male Prospectors? 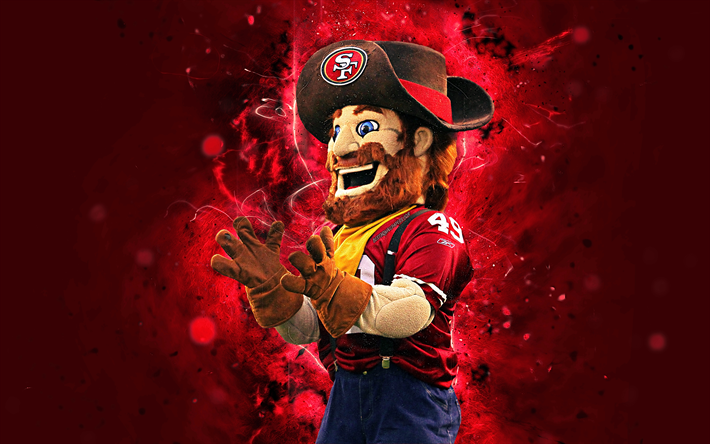 You knew this was coming. The Chiefs are in the Super Bowl, offering a prime opportunity for activists to try to eradicate the national disgrace of people enjoying themselves at sporting events.

According to Boston’s NPR station, “Native American communities and allies [read liberal journalists like the ones at Boston’s NPR station] are speaking out against the NFL’s decision to allow Kansas City Chiefs fans to attend the Super Bowl wearing mock headdresses, face paint and performing the so-called ‘tomahawk chop’ chant.”

The perpetually aggrieved are once again kvetching to the perennially credulous. Nobody else cares. But maybe we should. In fact, let’s shift the outrage generator over to the other side of scrimmage, to the The San Francisco 49ers.

The franchise is named after those who participated in the California Gold Rush of 1849. They were avaricious speculators who heard “There’s gold in them thar hills!” and came like locusts to despoil pristine California wilderness and displace the indigenous people. They “staked claims” to land that wasn’t theirs and stripped it of resources. Some got wealthy from it. Most, just spent what they made on whiskey and prositutes, er, sex workers. And they were white men. While their beards would be to die for among today’s hipsters, can you imagine the toxic masculinity of the average mining camp?

Does the thoroughly modern, social justice-conscious city of San Francisco really want its NFL team named after such monsters? Surely, there are names that reflect more enlightened and inclusive aspects of SF’s history and culture.

If the name must reflect the 19th century history of the area, why not honor the Chinese immigrants exploited by violent white railroad tycoons. The California Coolies has a nice ring to it. Rolling ahead a century, why not call the team The San Francisco City Lights -- an homage to the bookstore that was a beacon to the beat poets? Just as the Baltimore Ravens home games begin with an Edgar Allen Poe Verse, City Lights games could feature lines from Allen Ginsburg’s Howl:

I saw the best minds of my generation destroyed by madness, starving hysterical naked,
dragging themselves through the negro streets at dawn looking for an angry fix ...

Are You Ready for Some Football?!

What about The San Francisco Flower Children? A team name that pays tribute to idealistic young souls that flocked to Haight Ashbury in the Summer of Love would be both historically on-target and non-threatening to marginalized communities. Also, some variation of The Jerry Garcias would work. Is there anything more San Francisco than a 43 yr-old hippie millionaire busted in Golden Gate Park for freebasing in his BMW?

Why not a nod to the city’s diverse neighborhoods, like the Mission District. The San Francisco Missionaries … wait, uh, never mind. A name can proudly announce the vibrancy of the city today: The San Francisco Unhoused. The Needle Distributors. The Poop-Steppers. The Statue Removers. Perhaps highlight the city’s commitment to the environment with The San Francisco Straw Men.

The point is that San Fran has an opportunity to really think outside the box and get a team name that reflects the city’s unique identity. The San Francisco Pride? Think how much you’ll save in furry suits if your mascot is a guy in a leather diaper.