Eve Fairbanks says that as a college senior, she “studied almost nothing but Abraham Lincoln’s speeches.” Doubtful. The Gettysburg Address needed just 271 words to restate and rededicate the purpose of America’s founding; Fairbanks requires more than 3,000 words to argue that conservatives -- even the “reasonable” ones -- are evil. 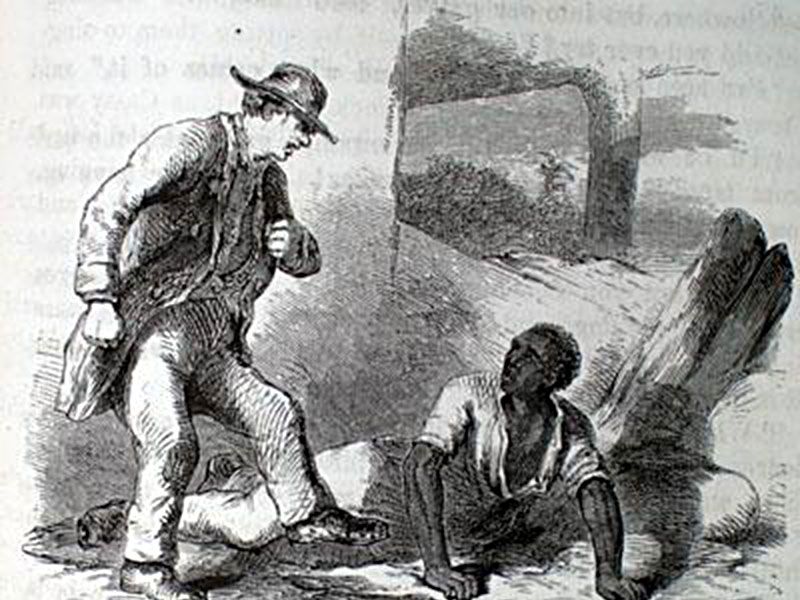 The Washington Post, of course, feels that’s a fine use of its resources, publishing her attack on “the reasonable right.” Those are people like Ben Shapiro, Dave Rubin, Jordan Peterson, Bari Weiss and Christina Hoff Sommers -- un-Trumpy writers and thinkers who’ve nevertheless been pushed rightward by the “intolerance and extremism on the left.” Fairbanks quoted Shapiro saying, “‘Too many on the political left [are] castigating the character of those who disagree,’ lumping conservatives and political nonconformists together with racists and xenophobes.”

So Fairbanks gets busy castigating the character of those who disagree.

“The reasonable right’s rhetoric is exactly the same as the antebellum rhetoric I’d read so much of,” she asserts. “The same exact words. The same exact arguments. Rhetoric, to be precise, in support of the slave-owning South.”

You see, “Proslavery rhetoricians talked little of slavery itself. Instead, they anointed themselves the defenders of ‘reason,’ free speech and ‘civility.’”

Similarly, Hitler talked little of genocide and world war. Vlad the Impaler insisted his handiwork was just “lawn ornaments.” You’d be hard pressed to find examples of bad guys that didn’t employ at least window-dressing justifications for their actions.

But good luck finding good guys that didn’t as well. Fairbanks was really just doing what Shapiro et al object to -- making disagreement with her illegitimate.

She admitted her argument seemed like a stretch. “Shapiro and his compatriots aren’t defending slavery, after all,” But that’s only because you historical illiterates are “unfamiliar with the South’s actual rhetoric.”

No, Shapiro and others aren’t defending slavery, but Fairbanks didn’t seem to know what they were defending. She caricatured some as advocating “right-wing policies such as much more restrictive immigration laws or institutionalized prejudice against Muslims”:

Others, I suspect, seek the reassurance of antebellum reasoning to help reconcile their ambivalent feelings about cultural and demographic changes. Still others may simply be disillusioned with contemporary politics, intuit that important conversations are somehow not being had, and long for a discourse anchored on simple, easily shared principles.

Silly conservatives looking for shared principles. “That’s why the South came up with it in the first place,” Fairbanks said. “It conscripted allies who had no taste for distasteful things into what was cast as a much wider fight.”

Just like the left conscripts people who have no taste for, say, school curricula normalizing transgenderism in what is cast as a much wider fight against bigotry. See how cheap and easy Fairbanks’s argument is? It’s one that doesn’t really require addressing who these conservatives are or what they actually advocate.

Conservatives claim they’re championing “reason and common sense.”
So did slavery apologists.
So did bolsheviks.
So did the Comité de Salut Public.

Conservatives rely on “hyperbole and slippery slopes to warn about their adversaries’ intentions and power.”
So did slavery apologists.
So do pro-abortion activists.
So does “The Resistance."

It’s unsurprising to find a piece so devoid of good faith and intellectual honesty in The Washington Post. The only thing shocking here is the absence of one key virtue: brevity.