How often do conservatives utter the phrase “This will be a fun read!” upon opening The New York Times? Yet it happened. In the June 5 Books section, The Times had an article alerting readers that lefty feminist author “Naomi Wolf’s Career of Blunders Continues in ‘Outrages.’” In it, Times book critic Parul Sehgal -- no conservative curmudgeon she -- offered a bracing dismantling of one of liberalism’s more bafflingly successful writers.

Wolf is a left-wing gadfly, a prophet of “third-wave feminism” and purveyor of trendy progressive psychobabble who was a Clinton-Gore campaign consultant, glommed onto “Occupy Wall Street” and who writes best-selling “secret histories” of things. Like her Vagina. She’s a silly person, really. 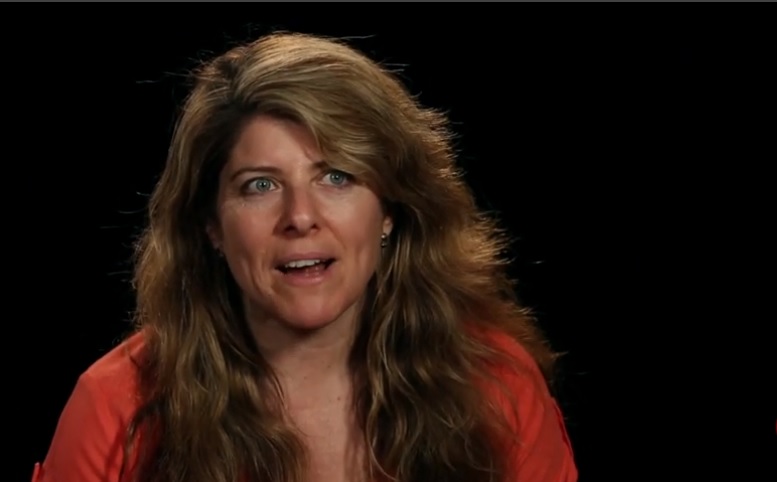 Sehgal explained that “Wolf’s long, ludicrous career has followed a simple formula. She audited herself for some speck of dissatisfaction, arrived at an epiphany — one that might contravene any number of natural laws — and then extrapolated a set of rules and recommendations for all women.”

Sadly, that M.O. didn't seem to have entirely discredited her in and of itself. So Wolf went the extra mile. Often, she made what Seghal called “batty claims” (more on that in a moment), used lousy statistics and wrote simple untruths. This wasn’t exactly news, except that a new instance of Wolf’s chicanery has come to light in a way that would lead normal people to hie to a remote cave in embarrassment. Here was Seghal’s account:

Wolf was a guest on a BBC radio program, publicizing her new book, “Outrages,” a study of the criminalization of same-sex relationships in the Victorian era. She spoke passionately about discovering “several dozen executions” of men, including teenagers, accused of having sex with other men.

“Several dozen executions? I don’t think you’re right about this,” the host, Matthew Sweet, said, very politely filleting one of Wolf’s central claims. What Wolf regarded as evidence of executions — the notation of “death recorded” on court records — indicated, in fact, the opposite, that the judge had recommended a pardon from the death sentence. Sweet said he could find no evidence that anyone had ever been executed for sodomy in Victorian Britain, and furthermore, that Wolf mistakenly regarded sodomy in the court records as referring exclusively to homosexuality when, in fact, it was also used for child abuse. “I can’t find any evidence that any of the relationships you describe were consensual,” he pointed out.

Ouch. But “Wolf took the news on the chin, and later expressed her gratitude: ‘It’s such an important story and I welcome the chance to correct these two out of hundreds of citations and make it perfect,’” Sehgal wrote. “Her publishers regretted the error but stated they believed the overall thesis still held.”

Sehgal came to the opposite conclusion, bolstered by a damning list of incidents from Wolf’s career. Wolf had claimed (and I present them with a minimum of editing because Seghal’s language can’t be improved upon):

This is great stuff! And she hasn't even gotten to the myriad problems with Wolf’s books, which included:

Sehgal noted that, “Throughout it all, [Wolf] remains impervious to criticism. ‘I’m lucky,’ she said in a recent profile in The Guardian. ‘I had a good education. I know my books are true.’

“Not accurate or factual, but true,” said Sehgal. “Writers [like Wolf] see themselves in service of something larger than grubby reporting … They are the emissaries of great stories, suppressed stories, and if they take liberties or eschew careful research — as consistently as Wolf has done — it is because they believe they have a right to them, that the story, the cause, somehow sanctions it.”

Sounds kinda like CNN. Or, dare I say it? The New York Times?