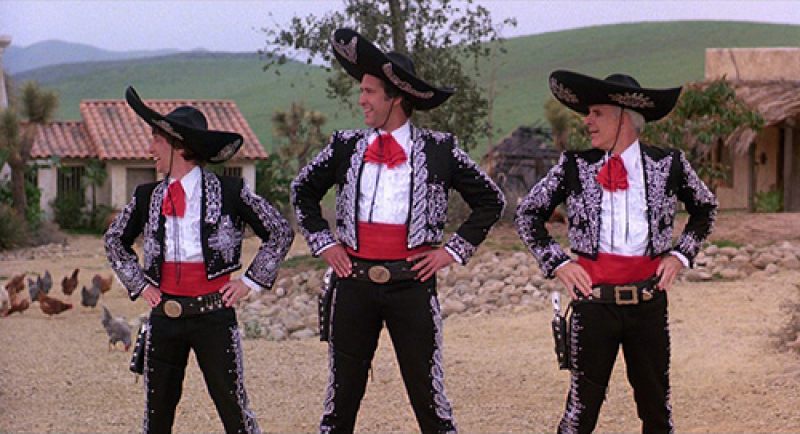 Big of HuffPo, dontcha think? Getting a pass from an outlet so plugged into progressive puritanism is a big deal. But tread carefully, Gringos. HuffPo’s Garin Pirnia is on to you:

May 5 is Cinco de Mayo, an American-Mexican marketing holiday in which people drink an excessive amount of margaritas and Coronas, stuff their faces with discounted tacos and probably have no idea what the holiday actually represents.

Uh huh. Pirnia’s talking to you, Brad, or Chad -- whatever your name is. It “isn’t a celebration of Mexico’s Independence Day. It’s a celebration of the Battle of Puebla, when on May 5, 1862, Mexico basically kicked Napoleon’s nephew and France out of the country in a brief defeat of colonialism.” (Note: Sure, it’s easy to giggle at the idea of the Mexicans and French in pitched battle -- Maximillion may have been Napoleon’s nephew, but Uncle Bony took his military genius to the grave with him, as the subsequent history of France illustrates. But it wasn’t a “brief defeat.” Mexico has been run by Mexicans ever since.)

Not that it really matters. We’re only talking about it because, as Pirnia put it, “In the late 1980s, Mexican beer companies discovered they could make loads of money from an Americanized holiday.”

Anyway, don’t have too much fun, oppressors. You’re still on probation for that Cinco de Mayo party you threw in 2006 -- you know, with the hat dance and the pinata full of airline bottle liquor.

Given her druthers, Pirnia probably wouldn’t let you imperialists off the hook. The nod to start the fiesta really comes from Diana Dávila and Zarela Martinez. Pirnia wrote, “Despite the commercialism of the holiday and the way people (usually white people) can disrespect Mexican culture by wearing sombreros and fake mustaches, a couple of Mexican chefs are fine with the day.”

(White people -- is there anything they can’t ruin?)

“Cinco de Mayo brings a lot of people into restaurants, and they get exposed to a lot of different flavors … I think it’s a very good holiday,” Martinez told Pirnia. Dávila agreed: “Why wouldn’t I like it? I own a Mexican restaurant.”

But this wouldn’t be HuffPo if the ladies didn’t have a tortilla chip on their shoulders. “Though Martinez and Dávila like Cinco de Mayo, they take issue with other aspects of appropriating Mexican cuisine.” (For those keeping score at home, that was Pirnia’s first use of any form of the word “appropriation.”)

Martinez lamented, “People don’t understand our culture at all ... All my life I’ve dedicated it to making my culture known and understood. We have a very rich and beautiful culture that Americans don’t appreciate.”

Dávila, who specializes in “home-cooking,” “a fresh spin on margaritas and micheladas, and a one-of-a-kind nitro horchata,” and generous portions of profanity, said, “I feel like there’s a lot of ignorance revolving [around] Mexican cuisine in general.” And she’s angry people think her food is expensive:

People have no problem going to Maggiano’s and buying a $26 big-ass bowl of bullshit pasta with canned tomato sauce. Yeah, that’s ridiculous. But when I charge $26 for a piece of beautiful halibut with mole verde — which is incredible — and fresh vegetables, they’re like, ‘$26? What the fuck?’

That kind of friendly service is a bargain at any price! But Dávila is really pretty tolerant. “She doesn’t have a problem with white chefs like Rick Bayless creating an empire around Mexican food: ‘If you love Mexican food and you’re researching, why would you be upset if somebody loves the cuisine of your culture?’” Ask around. Bayless (of Chicago’s Frontera Grill and other restaurants) has been pilloried for daring to be “a white guy from Oklahoma” who cooks the hell out of Mexican cuisine.

And Dávila doesn’t want diners to think she and her staff will be lecturing customers on Cinco de Mayo.

“The thing is, at the end of the day, what I have is a restaurant,” she said. “If someone comes in and they’re asking questions about it, I’d be there to answer any questions of what I know. But I don’t think people are coming here because they want have a fucking history lesson.”

No Maam. They come for the food. They stay for the colorful patois.