The Grammys are over (and if you watched it, sorry: those IQ points are gone forever.) The Oscars are a little over a month away. That means the we’ve reached peak entertainment awards season, with all the glitz, style and self-congratulation kicking into overdrive. 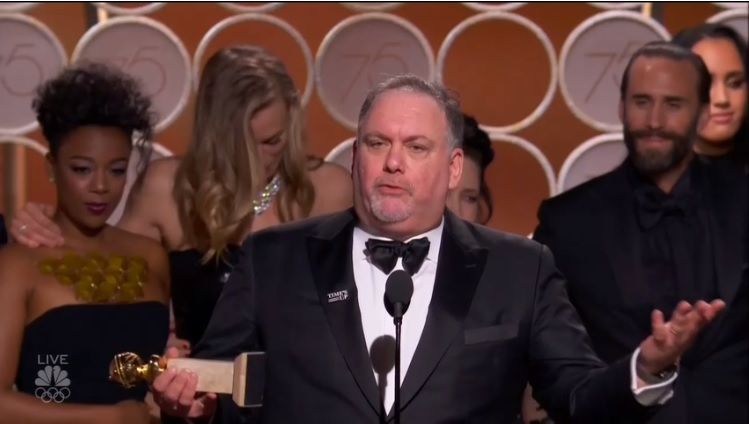 But this year brings some extra interest. The hated Trump regime has celebs showing off their sanctimony like Red Carpet dresses, while the public has now learned what the glitterati have known all along -- the industry is stuffed full of perverts and predators.

So without further adieu, we present the 2017-2018 MRC Awards Show Awards!

The Inigo Montoya “You keep using that word. I do not think it means what you think it means" Award goes to Saturday Night Live’s Kate McKinnon. At the Emmys, McKinnon thanked Hillary “What Happened” Clinton for “her grace and grit.”

Susan Lucci Always the Bridesmaid Award: Without a doubt goes to Hillary Clinton, for her cameo reading from Fire and Fury during the Grammys. (Incidentally, the delayed reveal of her face from behind the book? Masterful, and reminiscent of the hilarity of her Russian “Reset” button gag. Clearly, she could have had a career in prop comedy -- Carrot Top in a pants suit.) 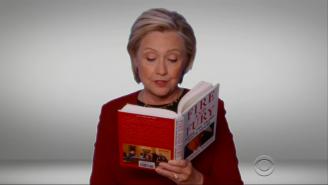 The Dorian Gray Inner Beauty Award: Have you seen Jane Fonda? Hanoi Jane, Lilly Tomlin and Dolly Parton took the Emmy’s by storm last fall, trading on a 40-year-old movie they did together to hurl stale jokes at President Donald Trump. But Fonda, now 80, looks amazing -- certainly better than she’d be allowed to look in any of the “Workers’ Paradises” she’s championed. Chalk it up to diet, exercise and that portrait in her attic. Runner Up: Cher, for her cameo reading from Fire and Fury at the Grammys. Seriously, I thought at this point all that was left of Cher was some dusty sequins and a cranky bot troll Twitter account.

The “We’re Edgy Too” Award: Pity country musicians. They’re just never gonna be the cool kids in the entertainment industry high school. But just maybe, if they can make fun of the same people the cool kids hate … So this coveted award goes to Brad Paisley and Carrie Underwood for their Abbott and Costello meet Hillbilly Alan Sherman shtick at the Country Music Awards in November.

Brad: He's probably asking Siri, "How in the hell do you spell Pocahontas."

Brad: In the middle of the night from the privacy of a gold-plated White House toilet seat he writes little Bob Corker, NFL and covfefe. 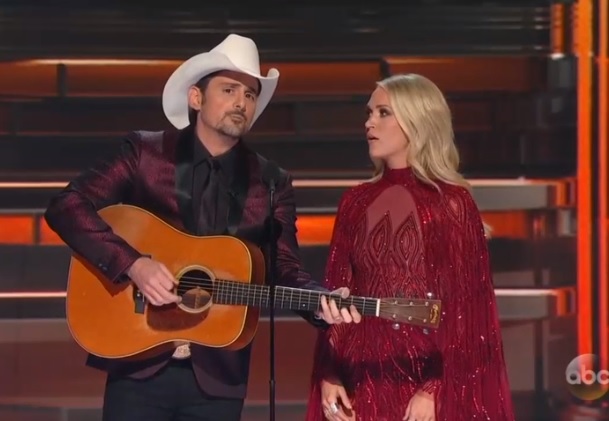 Brad: Thank you. And it's fun to watch that's for sure until little Rocket Man starts a nuclear war and -

Carrie joins in: Maybe next time he’ll think before he tweets.

Hee-Haw was funnier than this, wasn’t it?

The Harry Belafonte House Slave Award for Nastiest Slur on Black Conservatives. This prestigious honor goes to NAACP Image Awards Host Anthony Anderson, who said in his monolog, “I hear Omarosa is getting $10 million for a book deal about her life in the White House. Hasn't that book and movie already been made? It's called The Help.” Anderson also pined for a third Obama term before turning the stage over to a gaggle of actresses who overtly cheered on the Democrats in the mid-term elections.

The Wendy Davis Media Arousal Award for Best Impersonation of a Democrat Rising Star: Oprah Winfrey”s Golden Globes speech was so rousing, so inspirational and so beside-the-point, Hollywood and journalists couldn’t help but get the old Obama thrill. NBC, tweeting during the program called Oprah “our future president.” And it did seem that the Queen of Weep was positioning herself for 2020. In a statement that must have had Brian Stelter’s dry cleaner dreading the next day’s work, she even remembered to stroke the news media: “We know the press is under siege these days … I value the press more than ever before as we try to navigate these complicated times.” The next day, CNN and the broadcast networks were abuzz with president Oprah talk. Fortunately, the public didn’t share the excitement, and we’ll be spared the ordeal of Surgeon General Dr. Oz. 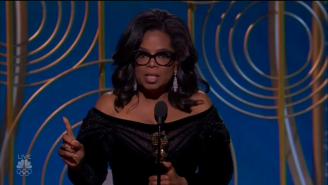 Stockholm Syndrome Award: Goes to former Trump Press Secretary Sean Spicer, who showed up during Stephen Colbert’s Emmys monolog -- the same event in which Melissa McCarthy received an Emmy for her merciless impression of him on Saturday Night Live. They hate you, Sean. Nothing you can do will change that.

The “Glimmer of Self-Awareness” Award: Before he got down to skewering Donald Trump, Emmys Host Stephen Colbert had a moment of candor when he welcomed the audience to “us celebrating us.” This is a dangerous precedent for an awards show host. These events only work if the viewers at home forget two incontrovertible facts: you would never let most of these people anywhere near your family, and the American Dental Association Awards are arguably more interesting and undeniably more important.

Silver Castrati Award: This award honors the most craven performance by a “feminist” man. This year’s winner: Golden Globes host Seth Myers for this lame bit of schtick: And now to present our first award — oh please don't be two white dudes, please don't be two white dudes. Oh thank God. It's Gal Gadot and Dwayne Johnson, everybody!” Runner Up: Morgan Freeman receiving the Screen Actors Guild Lifetime Achievement Award Statuette: “I’m going to tell you what’s wrong with this statue. It works from the back; from the front, it’s gender-specific.” (Yes, the man that played God -- twice -- said that.) 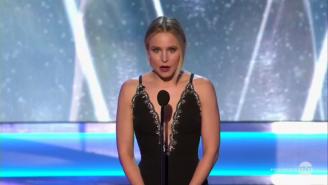 The First World Problems Award: Presented to the airhead displaying the most dramatic whiney lack of self awareness. This was an agonizing decision: So many dummies, so much self-importance. Our winner is Kristen Bell, host of the SAG Awards. As Maya Rudolph came out to present Best Male in a Comedy Series, she said to Bell, “I love your show about living in hell. What’s it called?” Bell replied, “2018.” Bell went on to refer to The Handmaid’s Tale as “a documentary” and said, "The cast from the [race-themed horror] film Get Out is here serving as a walking reminder that if you say yes to the Tea Party, you're immediately on your way to the sunken place."