It’s Not Just Confederate Statues, But Networks Won’t Say it

President Trump said a lot of things in the wake of the Charlottesville violence, many of them unhelpful. But he got one big thing unequivocally correct when he said of the Maoist statue topplers: “So, this week it’s Robert E. Lee, I noticed that Stonewall Jackson is coming down. I wonder,” Trump asked, “is it George Washington next week? And is it Thomas Jefferson the week after? You know, you really do have to ask yourself, where does it stop?” 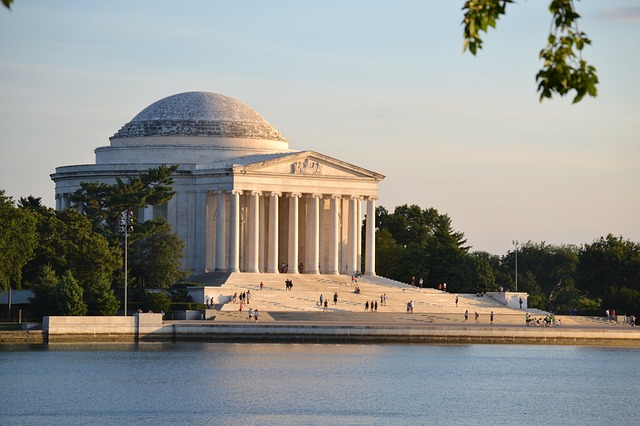 ABC, NBC and CBS were all quick to air Trump’s question, since it came during a press conference in which he called Confederate statues beautiful and inexplicably said “there were many fine people on both sides” of the Charlottesville violence. (Anti-Semitic chants and Nazi flags versus black-masked Hammer & Sickle wavers – finding just one “fine” person in that malignant menagerie would be the “Where’s Waldo” from Hell.)

But, surprise! They haven’t bothered to follow up on POTUS’s question about where the left’s little Cultural Revolution will end. They’re too busy tying Trump to the basement Fuhrers to document the left fantasizing about taking the sledgehammer to more and more of tangible American history. Oh they’ve covered (cheered on) Confederate statue removals in Baltimore, North Carolina and Texas. But they haven’t reported on calls from the left to purge the Founding Fathers and others who may not have had 100% on their Social Justice Scorecard (2017 Edition).

Al Sharpton thinks the Jefferson Memorial should go. No piker when it comes whipping up racial tension and violence (Al must have watched the Charlottesville mayhem with a tear in his eye and Springsteen’s “Glory Days” in his head), on August 15, Sharpton told PBS’ Charlie Rose “Certainly it ought to be removed,” Sharpton answered. “When you look at the fact that public monuments are supported by public funds you’re asking me to subsidize the insult of my family.” Good thing the skinny elder statesman Al Sharpton showed up that night. Fat rabble-rousing Al might have grabbed a bullhorn and exhorted a mob to “burn it down!”

Al’s not alone. Liberal analyst Angela Rye told CNN August 17, “To me, I don't care if it's a George Washington statue or Thomas Jefferson, they all need to come down.” Then she had a good rant about America’s “very violent past.”

On August 21, D. Watkins wrote in Salon that:

And as far as George Washington and Thomas Jefferson are concerned – I think taking their statues down would be a great idea. Isn’t America supposed to be about moving forward, being progressive and creating a melting pot where all races and ethnicities can be happy? If so, then I’m really not happy. Looking at statues of slave owners like George Washington and Thomas Jefferson don’t bring me any joy, they actually make my skin crawl. So, if we are truly going to commit to equality – we must stop celebrating oppressors like Jefferson, acknowledge that Columbus did not discover America and trash all of those Confederate memorials because the South lost, slavery is wrong and we need to raise or standards.

Watkins’ opinion is intellectually dishonest, short-sighted and incredibly narcissistic. But it fits our current zeitgeist and is gaining in popularity. Heck, Vice wanted to “Blow Up” Mt. Rushmore.

Eventually, Vice changed the headline, but not the America-hating body of the piece, in which one Wilbert L. Cooper wrote, “Fact is, I'm not sure there is any American president worthy of being etched into the side of a 60-foot mountain with explosives and jackhammers. I mean, every single one has at least been partially complicit in horrific atrocities.”

In Newsweek, Cornell Law Professor Michael Dorf agreed. “We honor Washington and Jefferson despite the fact that they owned slaves,” he wrote. Dorf compared the two to Hitler and Goebbels, of course, and reasoned that “Surely slavery, like genocide, is the sort of enormous evil that warrants purging.”

And so does the Original Sin: Discovering and settling this continent. Christopher Columbus is on the short list for the memory hole. In Baltimore, perhaps emboldened by the city’s flurry of monument amputations, some righteous souls destroyed a 225-year-old monument to the Italian explorer. They left signs, these moral crusaders, just so their intentions wouldn’t be missed: “Racism: Tear it down” read one, while the other predicted that “The future is racial and economic justice.”

So why not report on these advances toward a future ABC, CBS and NBC surely agree is ideal? Do they just want to avoid clueing in normal Americans until the destruction of their history is a fait accompli? Or does some residual traditionalism lurk at the networks, making them embarrassed to admit this really is where things are headed?

Some embarrassment is certainly warranted. Not every SJW is going to be discerning about who deserves punishment. Someone spray painted “Fuck Law” on the foot of the Lincoln Memorial in D.C. last week. And out in Chicago, a bust of Lincoln that had stood for a century in the 15th ward was set on fire. Down in New Orleans, someone spray painted “Tear it Down” on the base of a statue to Joan of Arc. Unless there’s a growing movement in the French Quarter of English Siege of Orleans dead-enders, we must assume the vandal was ignorant. Or just didn’t care. Or both.

It’s been said that modern liberalism has no limiting principle or, put in Freudian terms, it’s all id and no superego. That’s the reality the networks would rather not report right now. The left’s America-hating id is on a bender, and nobody really can answer, “Where does it stop?”