Once again, Bustle gushed over Planned Parenthood President Cecile Richards. Richards recently claimed her pro-abortion comments spoke for all women – yet nearly half of America believes abortion is murder. 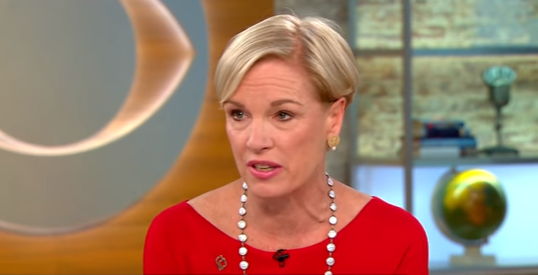 On July 28, Bustle lauded Richards for her Instagram video following the Senate’s decision not to repeal part of Obamacare. Bustle’s article was headlined “What Cecile Richards said About The Skinny Repeal Bill Will Make You Proud To be A Woman,” Yes, you should be proud to be a woman because the head of an abortion mill that has trafficked in human body parts is stoked about a partisan victory.

The article featured an Instagram video from Richards, who declared:

We just won an incredible victory in the United States Senate, and I want to thank the folks who, frankly, never get thanked, and that is women … the thousands of women across the country who made phone calls who went to town hall meetings …We live to fight another day.

Of course, the same could not be said of the 328,348 human lives ended in 2016 on account of Planned Parenthood “abortion procedures.”

Federally Qualified Health Centers (FQHCs) and Rural Clinics (RCs) vastly outnumber Planned Parenthood affiliates. They also provide family planning services that don’t include abortion. And according to a 2015 Congressional Budget Office report, while 15% of Planned Parenthood’s clientele would lose access to care from Planned Parenthood, “CBO also expects access to care for those individuals would improve as other health care providers expanded or newly offered services.”

Of course, Bustle has reported none of the above.

Both Bustle and Cecile Richards also proved their shortsightedness in daring to speak for all women. While Richards claimed “women won tonight” in a tweet following the vote.

Interesting – especially in light of the fact that American attitudes toward abortion are both divided and tense. A public opinion study from the American Enterprise Institute revealed most Americans believe abortion is an act of murder, yet simultaneously believe abortion should still be a personal choice. In fact, 54 percent believe abortion should be legal, but only under specific circumstances. Most Americans favor heavy restrictions on abortion – such as notification of spouses, parental consent, and 24-hour waiting periods. Majorities also oppose second- and third-trimester abortions.

A Marist poll of national attitudes toward abortion reveal only 13% of American women believe in unrestricted access to abortion – something both Bustle and Cecile Richards regularly uphold as gospel.

Evidently, Cecile Richards is out of touch with American women.