Once again, the liberal media are insinuating that sexism in America has hit a new low. The New York Times is currently collecting anecdotes from women recounting post-election sexist behavior. And (shocker) it’s pointing to the 2016 presidential election as the cause. 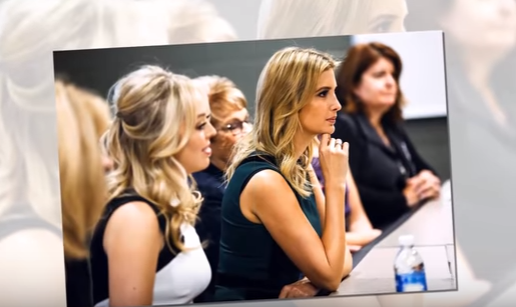 On July 20, The New York Times senior correspondent and editor on gender issues, Susan Chira, reported that a “wide range of women” have recently told her “men feel emboldened to make sexist remarks or to dismiss objections as ‘political correctness.’” She then asked NYT readers to report “concrete anecdotes” of sexism in her piece headlined “Has Sexism Become Worse After the Election?”

Chira’s effort to prove America has reached a new low when it comes to sexist behavior is both misguided and a little ridiculous. In our country’s earliest days, married women could not own property independently, and it was only in the past century that male lawmakers granted women the right to vote.

And the blatant misogyny women currently experience in Middle Eastern countries, particularly, makes sexism in America look like child’s play. New York Times readers were invited to report “an encounter at work, in your social life, on the street, or online.” Yet compare these abnormal “encounters” to the sexism incorporated into radically Islamic cultures -- something the liberal media rarely report.

Although, there are exceptions. Indeed, not too long ago, The New York Times itself published an opinion piece on how frequently liberals, favoring issues like abortion and the gender pay gap, overlook “Honor killings, child marriages, polygamy, sex slavery, and female genital mutilation” -- horrors that are normal to many women outside the comparatively privileged United States.

And The New York Times reflects this privilege perfectly. According to a 2012 survey from the Pew Research Center, 68% of the NYT’s regular readership is over the age of 30, 56% are college grads, and 38% are “high-income earners.” Most NYT readers identify as “liberal.”

If Chira wants to seriously consider a widespread increase in sexism after the election, she would do well to note the liberal media’s increasing attacks on conservative women -- particularly women working with the president. Protection from sexist behavior seems to apply to just about everyone except conservative women -- an obvious double-standard.

Chira’s “Has Sexism Become Worse After the Election” is simply contributing to an elitist, liberal echo chamber which, frankly, has nothing new to say apart from the alarmist rhetoric it regularly employs.