Handmaid’s Tale protests are becoming more and more prevalent around the world – and the liberal media are loving it.

Advocating so-called “women’s rights,” these protesters declare defunding Planned Parenthood is the equivalent of Margaret Atwood’s 1980’s dystopian novel The Handmaid’s Tale. The novel – now a media-beloved Hulu show – occurs in a dystopian, misogynist world in which women are valued only for their fertility and are forced to bear children for the upper class.

On June 27, Planned Parenthood sponsored one the first “Handmaid” protests to gain real coverage. Planned Parenthood volunteers attended the “People’s Filibuster of Trumpcare” and shouted “Shame!” at GOP senators exiting the Capitol, according to The Hollywood Reporter.

A proactive and game-changing measure, to be sure. Not. 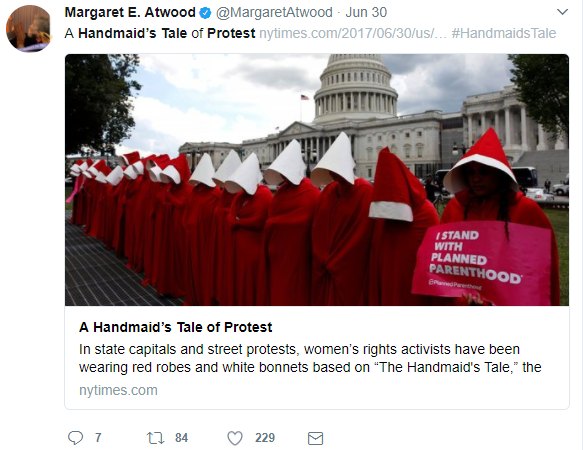 The abortion giant recently sponsored another Handmaids’ protest in Tennessee, where lawmakers had proposed restrictions on abortions after 20 weeks. 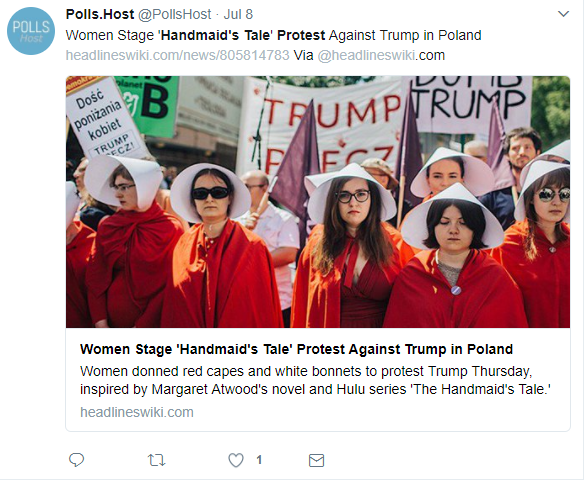 NARAL Pro-Choice America also staged a recent protest, officially dubbed “Handmaid’s action”, in Nevada outside Nevada Senator Dean Heller’s office, “demanding that he vote no on Trumpcare.” In a recent newsletter, the abortion-friendly organization compared women to “hosts for fetuses” – a heartless and inhumane analogy.

Media have lauded these protests, giving very little attention to just how ineffective they prove. Cosmopolitan, comparing our country’s potentially “dark future” to the novel’s dystopian setting, calling the protests “bold but effective [demonstrations].” Salon dubbed the protests “unconventional, yet powerful.” The New York Times, in their piece ‘A Handmaid’s Tale of Protest,’ detailed how activists “in crimson robes and white bonnets have been appearing at demonstrations against gender discrimination and the infringement of reproductive and civil rights.”

These protests have accomplished very little politically (Congress will still vote on the revised American Health Care Act). They also teach an ironic, unintended truth: the fact of their existence reveals just how far American society truly is from that of the dystopian, totalitarian world of Margaret Atwood.

As ABC contributor and Washington Examiner columnist Kristen Anderson noted recently, there are real women abroad living in a real, “theocratic nightmare” today – a far cry from the lives of these American protesters.

Evidently, very little critical thinking has gone into these protests. And liberal media has wholeheartedly embraced them.