On July 15, MRC Associate Culture Editor Katie Yoder appeared on Fox & Friends: Weekend to discuss the networks’ “media double standard” while covering the case of Charlie Gard. Talking with Fox & Friends co-host Clayton Morris, Yoder noted that mainstream media has, for the most part, ignored the tragic story of the terminally-ill British infant. 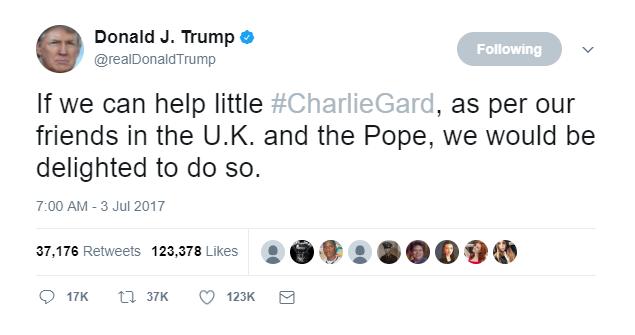 “It’s such a media double standard here that the networks are displaying,” Katie Yoder told Fox & Friends Saturday host Clayton Morris. “They should really be ashamed of themselves.”

Yoder noted Friday that every broadcast network (ABC, CBS, NBC) had devoted ample time to Beyonce’s first public photo with her one-month-old twins, while virtually ignoring Charlie’s heart-wrenching story -- and the new ongoing hearing that could make the difference between life and death for the little boy.

“The networks just aren’t covering it,” Yoder continued. “Friday morning as the hearing was ongoing, this hearing that could be the difference between life and death for this little boy, the networks didn’t say a thing about it. Instead all three covered the picture Beyonce posted on Instagram of her twins.” 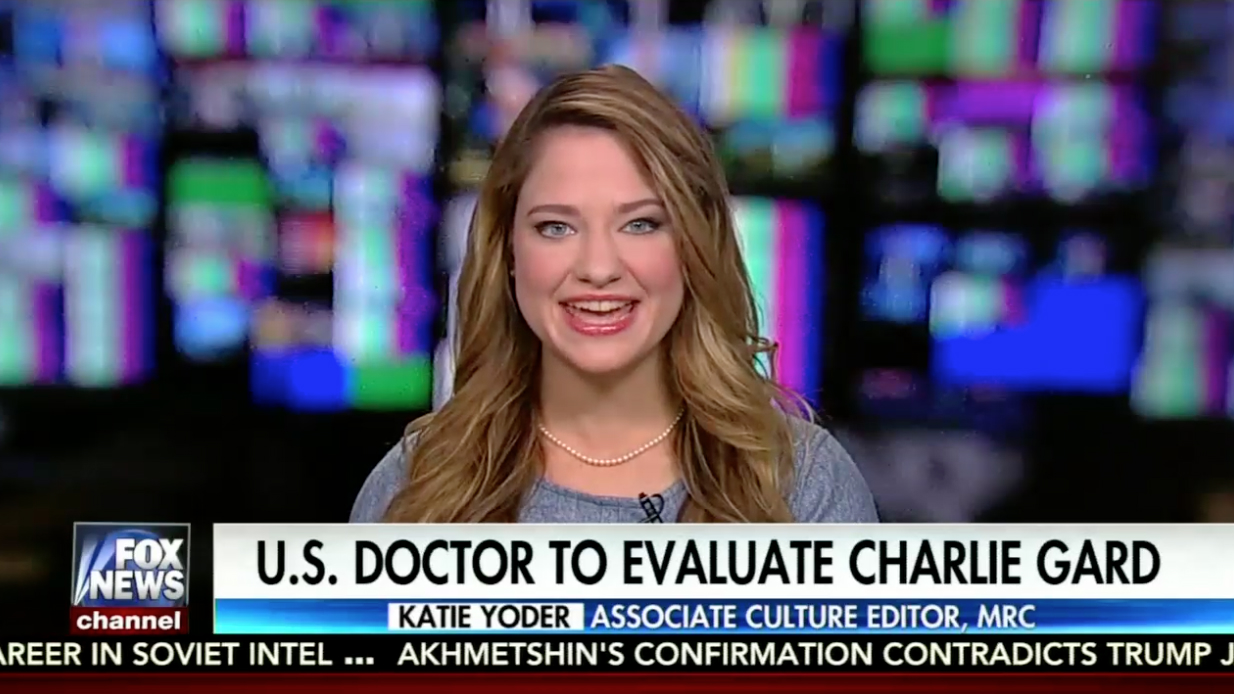 Yoder added, “And that’s not to say that the networks shouldn’t cover her twins. We’re all happy that they’re healthy and that she has little babies we can celebrate with her, but if they can cover that, why can they not also pay attention to what’s happening with Charlie Gard, who has received international support from Pope Francis, from Donald Trump, from hospitals around the world, from medical experts in the United States?”

Yoder noted that the major networks censoring of life issues is a long-standing trend, recalling their historic negligence in covering the annual March for Life which occurs in Washington D.C. each January. “Hundreds of Thousands of Americans go to that... and in comparison, these same networks covered the Women’s March vastly more, 129 times more this year than the March for Life last year.”

Following Katie Yoder’s appearance, both ABC's World News Tonight and Good Morning America, much to their credit, devoted coverage to Charlie’s case. Good Morning America reported American Doctor Michio Hirano from Columbia University’s Medical Center will examine Charlie Monday, July 17, along with a doctor from the Vatican, to assess his chances for effective treatment. According to World News Tonight, a court ruling on Charlie’s case is expected July 25.