After a weekend of politicians criticizing cancel culture at CPAC, liberals just had to go out and prove every one of them right. Barely a day after CPAC ended, we’re now forced to discuss whether we should cancel Dr. Seuss books. Imagine someone in the world finding “One Fish, Two Fish, Red Fish, Blue Fish” offensive. 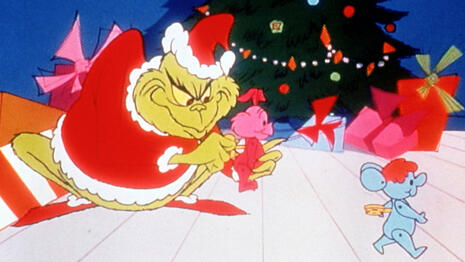 On February 28, two days before author Theodore Geisel’s birthday (aka “Dr. Seuss”), National Board Certified teacher and Spelman College graduate Charis Granger-Mbugua published “Why schools should rethink Dr. Seuss” in The Atlanta-Journal Constitution. In the piece, she purports to point out “the racist and damaging history of Dr. Seuss and his work.” However, she herself acknowledges that prior to a few weeks ago she saw his books as a “beautiful addition” to her son’s library. Like everything else, leftist propaganda helped ruin something wholesome for this woman.

Over the last few weeks, however, I have found myself learning about just how problematic Dr. Seuss and his books are, especially for children who are Black, Indigenous and people of color. Perhaps, I am more attentive now that my son is in elementary school and I want and expect his exposure to diverse and uplifting authors and stories to continue in the classroom. Perhaps, it is because our country is paying acute attention, in the wake of last summer’s social justice protests, to issues of injustice and systemic racism.

She’s sadly not alone. On the same day, Loudon County, Virginia schools took steps to “cancel” Dr. Seuss in their annual “Read Across America” event on Dr. Seuss' birthday due to “strong racial undertones.” Although the schools later insisted that his works have not been completely banned, a spokesman admitted that schools will try “to not connect” the day with Dr. Seuss books:

Dr. Seuss books have not been banned in Loudoun County Public Schools (LCPS). LCPS believes that rumor started because March 2 is “Read Across America” day. Schools in LCPS, and across the country, have historically connected Read Across America Day with Dr. Seuss’ birthday. Research in recent years has revealed strong racial undertones in many books written/illustrated by Dr. Seuss. Given this research, and LCPS’ focus on equity and culturally responsive instruction, LCPS has provided guidance to schools in the past couple of years to not connect Read Across America Day with Dr. Seuss’ birthday exclusively. We want to encourage our young readers to read all types of books that are inclusive and diverse and reflective of our student community, not simply celebrate Dr. Seuss. Dr. Seuss and his books are no longer the emphasis of Read Across America Day. That being said, Dr. Seuss books have not been banned; they are still available to students in our libraries and classrooms.

This ignores the fact that Theodore Geisel was a liberal Democrat in life and supported many left-leaning policies and causes including in his books (read: The Lorax) which should deem him anything but “racist.” Nevertheless, the children’s book author has faced years of scrutiny and articles claiming that ACTUALLY he’s been racist the entire time.

Granger-Mbugua published several of these claims including that “100% of the characters of color in the 50 Dr. Seuss children’s books studied are portrayed through subservience, dehumanization, exotification, stereotype and/or caricature…98% of the characters are white.” And that the Cat from “The Cat in the Hat” was “based on varying influences, including a black woman who worked as an elevator operator in the building of Seuss’ publisher, as well as stereotypes of black culture, blackface performers, and minstrel shows used as entertainment for white viewers.”

I guarantee that not one person on this planet has ever decided to become racist after just reading “The Cat in the Hat.”