Forget all your favorite children’s books. They may be deeply racist. In the August 7 Time came an article headlined “The hidden (and not-so-hidden) racism in kids’ lit.” Sarah Begley reported:

In his new book, Was the Cat in the Hat Black? The Hidden Racism of Children's Literature, and the Need for Diverse Books, Philip Nel studies the paradox of stories that are meant to nurture but can also do harm. An English professor at Kansas State University, Nel has probed racism in kids' books in his classes and in previous books, and he uses this volume to highlight how dozens of beloved picture and chapter books leave negative messages in children's minds.

Next to images of these iconic children's books were Professor Nel's radical-left indictments of their glaring racist flaws: 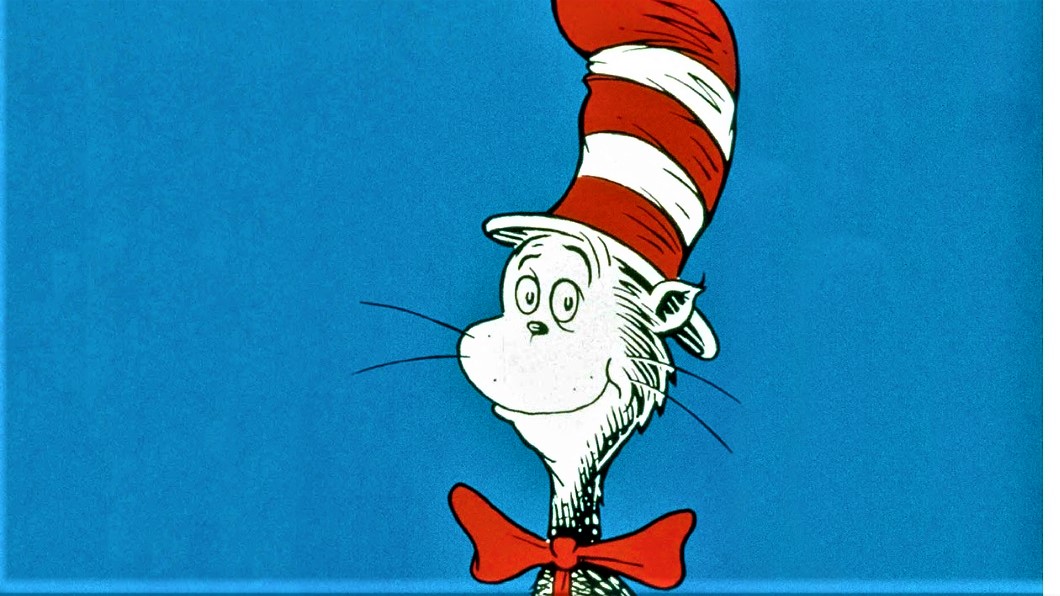 THE CAT IN THE HAT: Dr. Seuss was a complicated figure – many of his books promoted tolerance, like Horton Hears a Who! Others descended to racial stereotyping, like characters “who wear their eyes in a slant” in If I Ran The Zoo. His famous Cat in the Hat took partial inspiration from minstrelsy. (Take a closer look at the white globes and the extravagant top hat)

LITTLE HOUSE ON THE PRAIRIE: “The Little House books are super racist in the way they present Native Americans,” Nel says. “They are to be removed from the land, and are dehumanized when they are mentioned. The line ‘The only good Indian is a dead Indian’ shows up in there.”

PIPPI LONGSTOCKING: Books can have both virtues and sins. Pippi is a spunky role model for young girls, but her father travels to the South Seas and becomes “King of the Negros” (or in American editions since the ‘50s, “King of the Cannibals.”)

THE STORY OF BABAR: Babar presents “colonialism as benign,” Nel says. “ Babar becomes this civilized elephant, and because of that is able to go back to his people and be more respected because he’s become more European.”

We also learn the professor thinks Willy Wonka is a racist slave-driver with those exotic, dark-skinned Oompa Loompas:

"No one wants to admit to enjoying something or liking something that perpetuates racial stereotypes. But we do, because a book can be beautiful and racist, a book can be a classic and racist, a book can be really pleasurable and also really racist." For instance, one of Nel's personal favorites, Charlie and the Chocolate Factory, has a big problem in the Oompa Loompas. The characters, which were depicted in early editions as African pygmies, are portrayed as happy slaves, content to leave their native land behind and toil in a factory. Especially for children who are descendants of slaves, such messages can have a pernicious effect on how they interpret their value in the world.

ASK CRITICAL QUESTIONS: For instance, “Would it be fun to be shipped to England in a packing crate? What would it be like to live in a factory and work all the time?”

POINT OUT THE MISSING PERSPECTIVES: “You can ask ‘Whose point of view is this story favoring? Who is it not favoring?’

That’s a perfect game to play when you read Time magazine. This story’s point of view smears Dr. Seuss and Laura Ingalls Wilder and Roald Dahl and others as racist with no perspective in their defense. The Amazon page on the Nels book underlines just how radical he is:

"In this carefully constructed analysis, Nel brilliantly strips away the mask of innocence from Seuss's Cat in the Hat, layer by layer, to reveal the Cat's complex and sordid racial history. Placing this famous feline alongside other time-honored classic characters from American children's literature, Nel removes 'Whiteness's invisibility cloak.' He explodes the excuses that well-meaning scholars have made for these texts for decades, then makes a convincing argument for why young readers need to be exposed to unbowdlerized racist texts from historical and contemporary American literature. A straight, White male scholar, Nel advises: 'Don't just be an ally. Be an accomplice.' As an African American female scholar, I am glad to have Nel alongside us on these front lines." --Michelle Martin, University of Washington

Time magazine also left out that Nel edited a 2010 book titled Tales for Rebels: A Collection of Radical Children’s Literature. The cover has a title of an angry boy carrying a pop-gun and a flag that reads “I AM A REAL RED!”