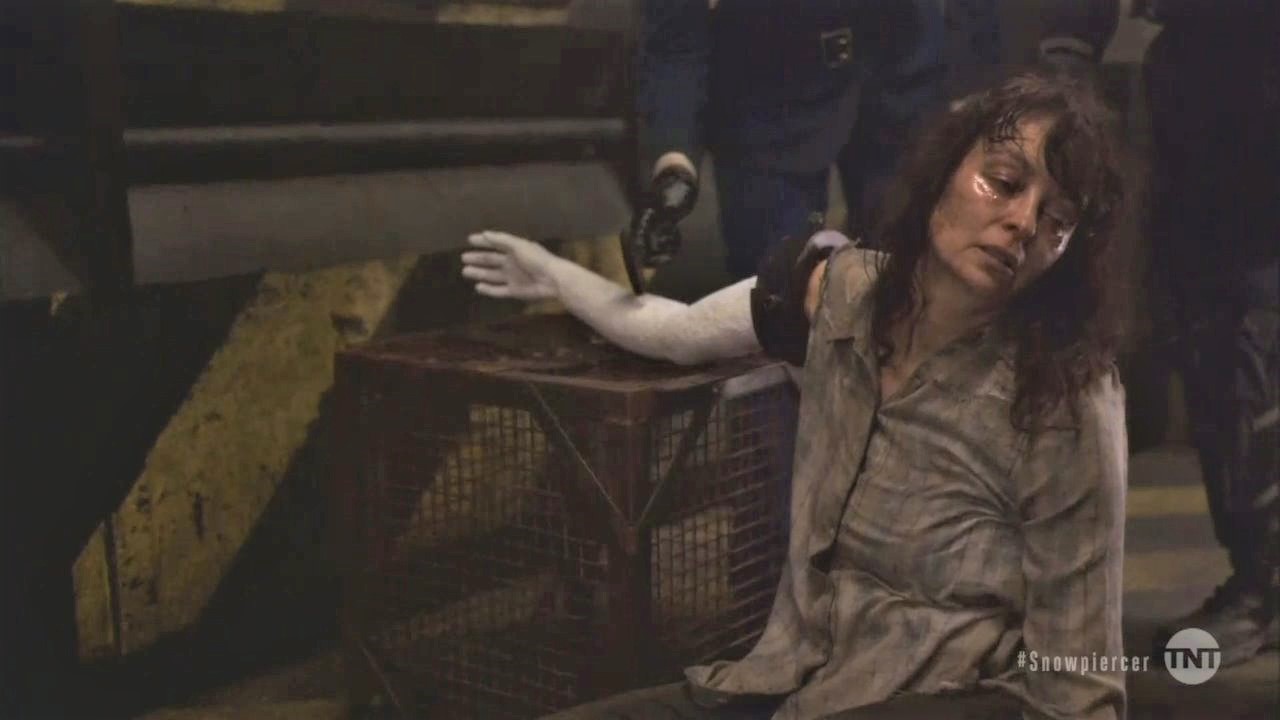 It should surprise no one that TNT’s post-apocalyptic series Snowpiercer is about as subtle as the 1001-car train the show follows. A class warfare story surrounding the survivors of climate change is about as blunt as one can get. Apparently, however, it can get worse. Now we’ve come to the “eat the rich” portion of our propaganda.

The May 24 episode “Prepare to Brace” follows directly after the pilot episode which ended with a large riot in the poorer tail end of the train. This riot leads to multiple deaths on both the poorer “Tailie” side as well as the wealthy security officers. Because of this, the wealthy elite are looking for some retribution. In this case, that means severing a Tailie’s arm.

As if there was any doubt that the rich are monsters, the guards proceed to cleave a woman’s arm in front of the entire tail end. In a graphic display, they freeze her am and shatter the frozen remains for everyone to see. Even worse, while the others watch in horror, another woman, Josie (Katie McGuiness), proceeds to monologue for us. Her hate-filled thoughts climax under the vow “[t]he more they steal from us, the more human we become. Humanity will fill our bellies one day...when we eat the rich of Snowpiercer, 1,001 cars long.”

Yes, the show just unironically used the phrase “eat the rich.” Suddenly, this series changed from a sci-fi allegory into an socialist’s Twitter account. Someone should tell the writers that borrowing a phrase from spoiled activists doesn’t equal drama. All it does is expose who they voted for in the Democratic primaries.

Snowpiercer can demonize as many rich strawmen as it wants, but even the apocalypse can’t make socialism work.