Character on SciFi Drama: 'I Choose' Abortion to 'Set Myself Free'

Like most of the country, you probably forgot that CW’s Roswell, New Mexico was renewed for a second season. After the first season’s obnoxious political leanings, unfortunately, season two seems to be ramping up the politics, if this episode is any indication. From an alien abortion to praising nationalized healthcare to slamming the border wall, it’s an out-of-this-world cocktail of leftist issues. 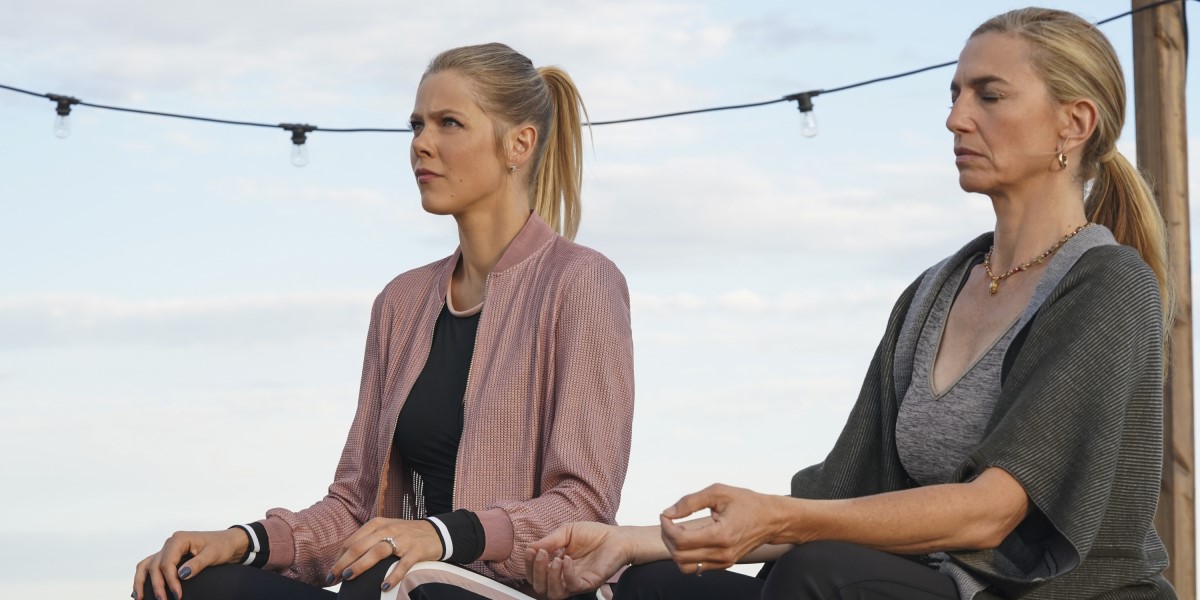 The March 23 episode “Ladies and Gentlemen We Are Floating in Space” covers a lot of issues recently introduced in last week’s season premiere. The biggest one, however, is Isobel (Lily Cowles) discovering that she is actually pregnant with her dead husband’s baby. Now, last season, we discovered that her husband was, in fact, an evil alien who was fortunately killed in the season finale. Nevertheless, the fact that she is carrying his baby, now the size of a lentil she notes, scares her.

At first, Isobel hides this fact from everyone, including her mother who takes her to a female retreat. She becomes more emotional, though, when the retreat has everyone write down their personal fears. When the last exercise involves them throwing their “fears” into a fire, Isobel hesitates, feeling “trapped” in her position. She’s then convinced to throw her fear of “the lentil” by the retreat leader encouraging her to “choose” to set herself free.

Maria: You may now return to your resting poses. I kind of like it. For our final exercise, we're going to take a look at the fears that we wrote down. Go ahead. Take them out. Now using your newfound goddess strength, I want you to get up and throw your fear into the fire. Set yourself free. You're a warrior. You aren't afraid of anything. Draw upon your feminine power. Why are you hesitating, Isobel? The sooner you throw your paper in the fire, the sooner you can leave.

Isobel: Look, it's not that simple, okay? I can't just throw this in the fire. I'm trapped.

Ann: This is my fault. I put too much pressure on you.

Maria: Whatever it is, you can choose to set yourself free. Say it. Say, "I choose......to set myself free."

Isobel: I choose to set myself free.

Isobel: I choose to set myself free.

In case that scene was too subtle, the episode follows up with Isobel swallowing an alien poison, attempting to kill her baby. Or, as they put it, Isobel “chooses” to “set herself free” of “the lentil.” It’s strange how the show wants us to accept abortion as a “choice” yet doesn’t even have the courage to use anything outside metaphors.

Sadly, that’s only part of the episode. Another plot involves Rosa Ortecho (Amber Midthunder) coming to terms with her sudden resurrection after being in an alien stasis pod for ten years. She discovers that in that time, people have blamed her for a drunk driving accident killing two girls, going so far as disparaging her illegal immigrant parents for having her in the first place. To prove the comments are racist, she finds a video of a man pledging money to the border wall in honor of his late sister.

Wyatt: Christopher Columbus came all the way over here and sacrificed his life so that America could be free. Americans. If that's not you, guess what? You don't belong here. That's why we're asking our friends to donate in my late sister Kate's name to build the border wall. Rosa Ortecho's parents are illegals. They think that our taxes are theirs to steal, that our lives are theirs to ruin, that our laws, the laws of the American people, don't apply to them.

Wyatt: That's why Rosa Ortecho got messed up and killed my sister. Just another drunk Mexican driver who doesn't care about honest American people. And if that family had just stayed back in Mexico, my sister would still be alive. That's just a fact.

Finally, in a quite random scene, we have two characters debating the merits of nationalized healthcare. Steph (Justina Adorno) tells her new friend Kyle (Michael Trevino) that universal healthcare is “unrealistic” to which he, as a doctor, disagrees since the “mythical, magical land of Canada” is good with it. Being the show that it is, Roswell, New Mexico has to make Kyle the right one in the scene and even praises Obama.

Kyle: Do you mind? I've had a hell of a day, and there's a man cut open on a table in there.

Kyle: He's forced to have his bypass here instead of in Albuquerque, where the head of cardio actually knows what he's doing.

Kyle: Are you complaining about universal healthcare when there's a person who could die right in front of us at any moment?

Kyle: I think the mythical, magical land of Canada seems to be doing okay.

Steph: I believe you work hard for what you get. Take your biceps. And don't flatter yourself, I'm making a point. It would be unfair if I looked like you. I don't put in the work, don't care. We all have what we deserve.

Kyle: Okay. You're the Dean of Surgery's daughter. Right?

Steph: Yeah, I usually just shorten it to Steph.

Kyle: You must have good vision coverage. No, the, uh, jacket doesn't really do the biceps justice unless you really take a look. It's a 20/20 vision kind of deal. Uh, let me guess. Dad's insurance plan? Point, Obama.

Two episodes in and Roswell, New Mexico is already more political than its first season. One can only imagine what we’ll find next.