Was there anyone left who doubted that the new Party of Five reboot is more liberal nonsense? After all, the Freeform drama practically encourages identity fraud for illegal immigrants on top of supporting illegal immigration. It’s only natural now that the show takes it one step further by focusing on the plight of transgender illegal immigrants as well. All it needs now is a Trump jab to cover all the bases. 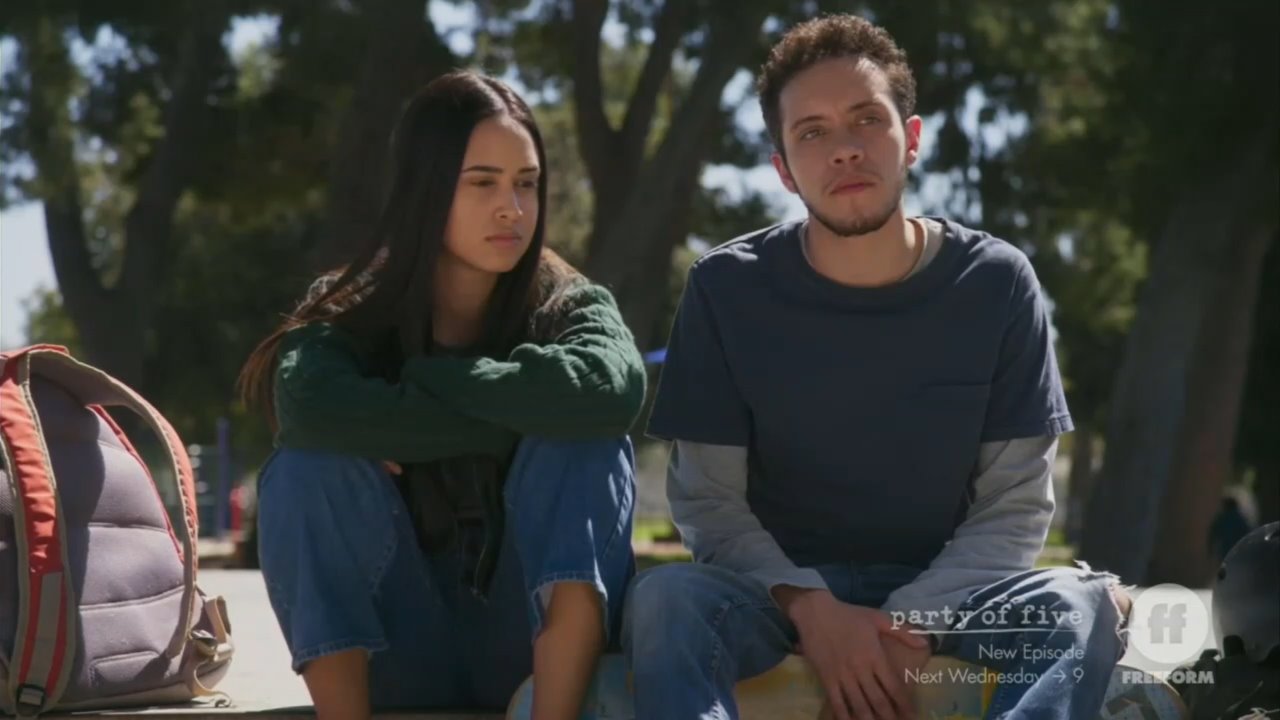 The February 5 episode “Patch Job” follows the Acosta family dealing with the aftermath of their baby brother’s recent hospital visit. On top of that, their family’s restaurant is understaffed, and their home is falling apart with broken water pipes. Surely, this is a stressful time for any family, much less siblings without the help of their recently deported parents.

Naturally, however, the social justice sibling Lucia (Emily Tosta) keeps her focus on helping her illegal immigrant friend Matthew (Garcia). Recently, she was somehow shocked to find out that the illegal method of buying a social security number isn’t the secure plan she thought it was. She encourages him to renew his DACA status, but he keeps refusing under his own principles. Fortunately, she thinks that attitude will change after she meets her new idol: an immigrant rights activist in the middle of stopping ICE officers.

Officer: Ma'am, getting in my face isn't helping the situation. There's an outstanding warrant for his arrest. Mr. Ramirez is coming with us.

Teresa: So that you can deport him? Not happening. May I see the warrant, please?

Officer: Can you identify yourself?

Teresa: Teresa Sullivan. I'm with Dream for Justice. We're an immigrant rights organization. (Speaking Spanish) You got a phone? Turn it on.

Teresa: For a speeding ticket that he got five years ago. This is an administrative warrant, not a judicial warrant. Hasn't been signed by a judge.

Officer: You're obstructing a legal proceeding.

Teresa: No way. Technically, we're standing on private property. That means you need a search warrant to apprehend him or a judicial warrant, and you have neither. Are you getting this?

In this world, what this woman did is considered “amazing” instead of obnoxious, like the various real-life examples. Unfortunately, Matthew refuses to meet with the group, and the group can’t do anything without his compliance. After all this effort, Lucia finally sits Matthew down to talk about his issues. There, Matthew reveals that his real issue comes from the fact that he’s, wait for it, trans.

Matthew: When I was little, my mom used to get mad at me because of the clothes I wore. They were too baggy, she said. My nails were too dirty. I wanted my hair cut too short. No matter what I did...I could never be the little girl she wanted. And I wanted to make my mother happy. I tried. But I couldn't pretend because... The thing is... She didn't give birth to a daughter. Lucia, for me to renew DACA, I would have to present my birth certificate. That's the only way. But that name...That's someone I never was. And I won't go back and say that's me...Not for any reason. Do you see now?

We’ve apparently hit the progressive jackpot with this show. Not only does Matthew have problems being an undocumented immigrant, he also struggles from being a transgender man. By liberal logic, that has to be way worse than the cisgender family who can barely afford the roof over their heads. It seems to work for Lucia who drops the DACA issue entirely after that. I suppose the main lesson for this episode is that trans issues still trump illegal immigration issues if anyone’s keeping score.

Party of Five has pretty much ceased to be a drama anymore. It’s a propaganda machine designed to appeal to the smallest possible demographic who could relate to these issues. And what’s worse is that they somehow feel proud of being only that.