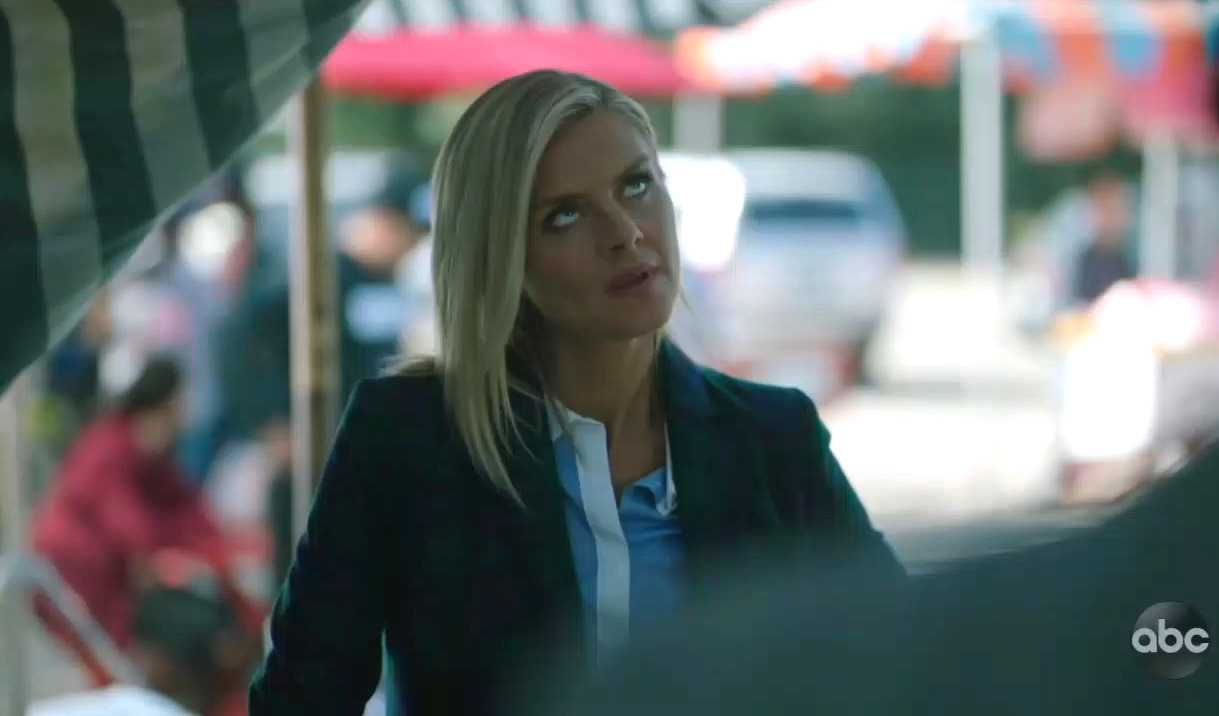 The 2020 election is less than a year away, so it’s high time for TV to start badmouthing the Trump campaign. For its part, ABC’s new drama Stumptown finally joined the liberal crowd with its own slam against Kellyanne Conway.

The November 20 episode “November Surprise” had our main character and private investigator Dex Parios (Cobie Smulders) being hired by the Llewellyn Slocombe (Mark Sivertsen) campaign to find dirt on an opponent named Dan Gibson (Paul Fitzgerald). The blonde, strait-laced campaign manager Vanessa (Eliza Coupe) was so desperate for information that she offered Dex a $50,000 reward for any secrets kept by the apparently innocent Gibson. This proved difficult since Gibson seemed to be running a clean campaign and was an out-and-proud gay man with his husband Antony (Tosin Morohunfola).

However, Dex eventually found dirt on Gibson, in the form of a fifteen-year-old affair with a woman. Considering this affair produced a son, Dex grew concerned that revealing the information could ruin the teenage boy’s life. Nevertheless, Vanessa was eager to drop the news no matter who it ruins.

Clearly, she’s an awful caricature of the bloodthirsty political manager willing to do anything to win. I guess it’s only natural then that these writers would compare her to Kellyanne Conway, a boogeywoman of the left:

Slocombe: Someone want to tell me what the holy hell is going on here?

Dex: We all know you're about to detonate Dan's family secret.

Vanessa: Okay, they would have done the same to us.

Antony: Actually, honey, we ran a clean campaign. We stand for something.

In some other world, I’m sure shows would be praising the first woman to manage a successful presidential campaign. Sadly, Kellyanne Conway is connected to Trump, so she might as well be as bad as Vanessa to these people. It’s not a new concept for liberals.

Unfortunately, Dan was forced to drop out of the race to keep his secret. Evil seemed to win out in this case, and by evil, I mean the Kellyanne Conway knock-off. At least, that's what Hollywood liberals think.