Apple TV+ is the latest addition to the streaming service industry and with that comes many new original shows - and lots of opportunity for a liberal agenda. One of the new series includes For All Mankind, an alternative history story that explores what would have happened if the USSR landed on the moon first in 1969, three episodes of which were released November 1. It’s an intriguing premise, so, like most streaming service shows, it’s ruined by progressive bias. 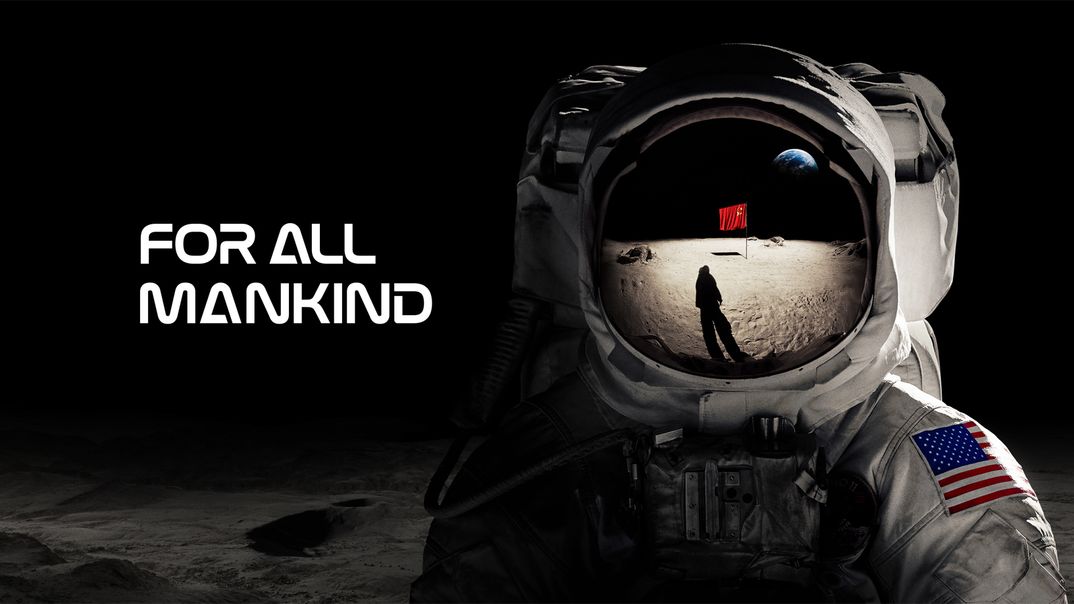 As mentioned before, the show began not with Neil Armstrong as the first man on the moon, but a Russian cosmonaut proclaiming it a success for the “Marxist-Leninist way of life.” It was a notable blow to the American space station, especially the astronauts who were within reach of the moon just one month earlier. Although NASA managed to land the Apollo 11 shuttle afterwards, the country struggled to match the Soviet Union in the continuing space race.

The latest attempt included being the first country to set up a base on the surface of the moon, dubbed “race for the base” by the media. American scientists worked tirelessly on the project, but they were dumfounded to learn the Soviet Union’s latest feat: putting the first woman on the moon. The Russians may be oppressed their own people under Communism, but apparently they were still more socially progressive than the U.S. Suddenly, President Nixon himself demanded they set the base plan aside to put their own woman on the moon.

For the record, there was a real private program, not NASA, to train female astronaut candidates, and the early 1970s were the height of second-wave feminism. Unfortunately, this series used both of those facts to highlight how sexist NASA members can be and force a feminist angle. Members of the space station literally judged the potential female candidates based on their looks with President Nixon himself requesting a blonde option. “We need Marlo Thomas, not Danny Thomas,” one of them replied. The fact that the regulations to become an astronaut were more favorable towards men were seen as obstacles to get even one proper female astronaut.

Not everyone was bending over backwards to appease the feminist crowds, such as chief astronaut Deke Slayton (Chris Bauer) and astronaut’s wife Karen Baldwin (Shantel VanSanten), but the show clearly was as we saw the reaction to the female trials. Feminists all over protest that “a woman’s place is in space,” regardless of the grueling physical trials to get there. One of the candidates, Patty Doyle (Cass Buggé), also called out the obvious white male sexists angry about a woman in space. What was originally about humanity’s voyage into space was now about showing up bigots:

Patty: You notice it yet?

Patty: How every guy in this bar is trying to pretend he doesn’t hate the fact that we’re standing here. Cause you know what we are? We’re change in living color. Us standing here means that their time on top of the shitpile’s coming to a close, and they don’t like it one bit.

Molly: Give it up, Doyle. They’ll get around to screwing us over, just like they did last time.

In addition to feminist plot, there was also a bizarre tangent on illegal immigration. On the night of the first lunar landing, a teenage immigrant named Aleida (Olivia Trujillo) escaped with her family to the United States where her father Octavio (Arturo Del Puerto) worked as a janitor for the space program. When she’s having trouble adjusting to the move, Octavio used the space program to inspire her to dream bigger now that she’s in America, albeit illegally:

Octavio: Tu mama, she had a dream of what your future could be. That’s why we came here.

Aleida: I miss her.

Octavio: I know. I miss her too, mija. You know, maybe one day, Aleida, you’ll build a fire inside one of these.

It's a shame that a uniquely American achievement is now bogged down by politics for the sake of entertainment. If this is what Apple TV+ has in store for us, the future isn’t looking bright.