The record-breaking primetime series Law & Order: Special Victims Unit prides itself on its “ripped from the headlines” stories. Lately, however, it’s been more known for its heavily biased stories that take only one political side of the story. The same is true in the NBC show’s take on one of the most infamous recent fake hate crimes: the Jussie Smollett case. 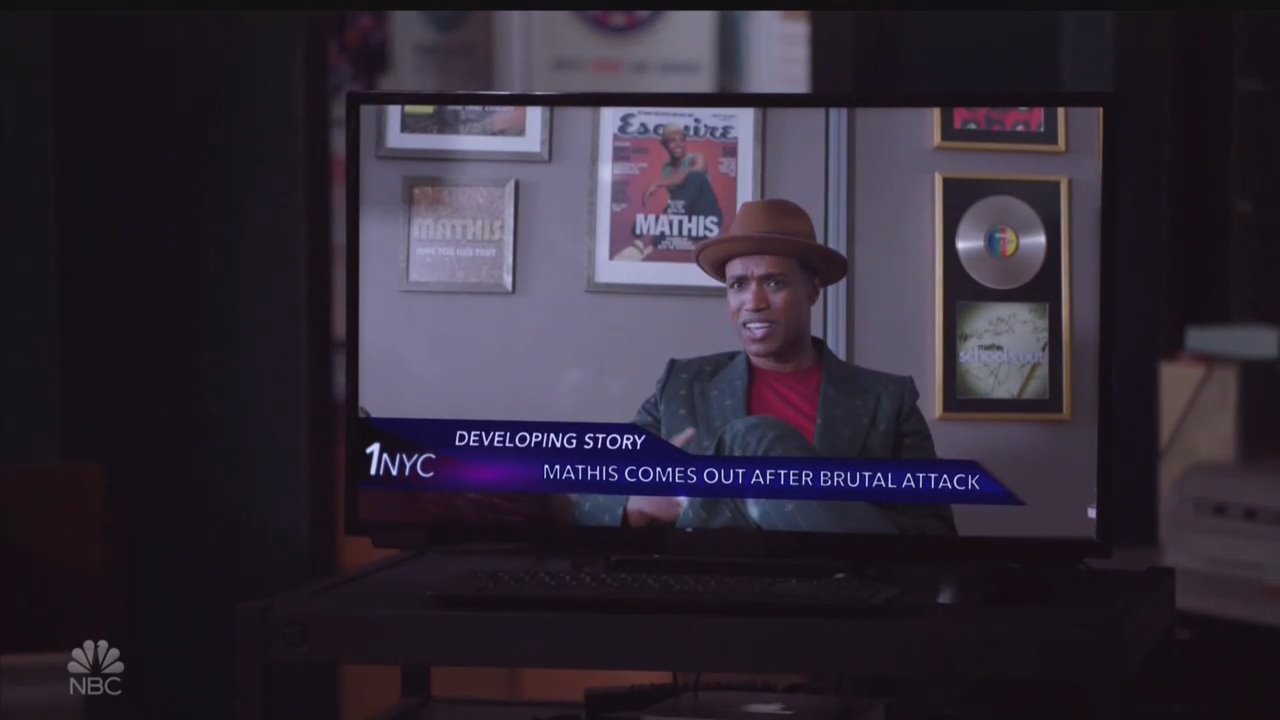 The October 10 episode “Down Low in Hell’s Kitchen” follows the unit tracking down a serial sexual assaulter. The criminal has been targeting closeted black men coming out of a gay bar and has already attacked three victims. The fourth victim turns out to be a popular singer named Mathis Brooks (L. Steven Taylor) who offers to testify to his account to the police.

Although he stated, “It happened so fast,” Mathis is able to recall that his attacker was white and shouted slurs like the n-word and the f-word. He’s also dismayed that he was attacked simply because of the color of his skin, and the story quickly goes viral as he tearfully recalls looking into his attacker’s eyes and seeing the “hatred in his heart.”

If all that sounds familiar, it’s obviously representing the Jussie Smollett case. Fortunately, not even SVU seemed to buy the “This is MAGA country!” part of the hoax, so the Trump angle is mostly avoided. What isn’t changed is the fact that both Jussie Smollett and Mathis Brooks are liars in hoax hate crimes. Just like Jussie, an accomplice of Mathis’, this time his brother, was found purchasing the weapon used in the attack. Furthermore, when SVU alleges that he faked the crime, Mathis returns to television to claim that “NYPD sees black men as criminals and not victims.” Just like Jussie, he doesn't back down.

For the most part, the team is rightfully angry at Mathis for faking a crime, wasting their efforts, and ultimately poisoning the well for their case, as they should be. Sadly, that doesn’t last for long. By the end of the episode, they were able to catch the real criminal with the help of another testimony, a man who only came forward after Mathis’ first claim. Plus, as Captain Olivia Benson (Mariska Hargitay) tells people, “false reporting is extremely rare.” So that, along with whatever issues are driving Mathis, makes everything okay.

Christian: But next, we need to pursue charges against Mathis. We have to send a message.

Olivia: And what message is that? False reporting is extremely rare. We keep this in the news, and survivors are going to be afraid that they won't be believed.

Christian: So Mathis never pays for the damage he's caused?

Fin: He's paying. Plenty. For what it's worth, my Deputy Chief wanted to put you in jail, but we talked him out of it.

Mathis: What, I'm supposed to thank you? I didn't make this up.

Fin: Look, I don't know why you did what you did, but it's coming from a bad place.

Mathis: This where you tell me that you're disappointed in me? That I screwed everything up?

Fin: Not everything. I was talking to my captain. If you hadn't ever came forward, we would've never caught Moran.

Mathis: That's true. Nobody remembers that. The whole world's just laughing at me.

Even after calling it a false report, SVU can’t help but be sympathetic to the Jussie stand-in. That says a lot considering they couldn’t even pretend to show that consideration for the Covington kids' stand-ins last season. Perhaps the only fake crimes and fake victims Law & Order should handle are its own.