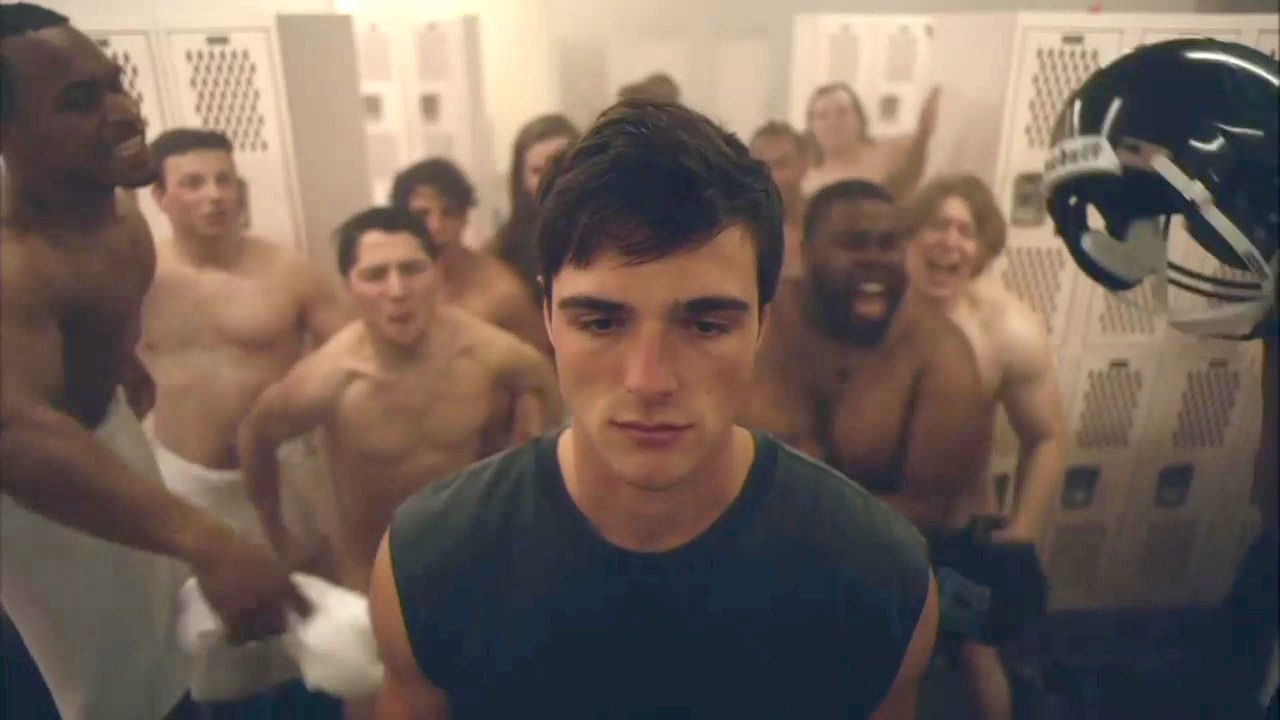 Well, we can’t say we weren’t warned. After the truly awful premiere of HBO’s drug-fueled, underage sex series Euphoria, star Zendaya stated as a preview for the rest of the season, “Let’s just say like, the first episode is the most mild, to be honest.” The June 23 episode “Stuntin’ Like My Daddy” proves her right with a long-awaited scene featuring more than a dozen penises.

In true toxic masculinity fashion, Nate throws all his energy into sports to compensate for his sexual confusion, especially around guys. To hammer that point home, Nate is shown looking uncomfortable among his naked teammates in the locker room in a scene that turns into 40 seconds of displaying exactly 16 clear views of high school boys’ penises for the world to see.

It’s almost ironic that the scene that is supposed to show Nate as strange for being uncomfortable really should disturb anybody with eyes. There shouldn’t be an adult audience (Euphoria is rated TV-MA) yearning to see a locker room filled with naked boys (thankfully the actors are all of age). More importantly, there shouldn’t be people who think there’s an audience yearning to see naked boys. Whether there’s an “intimacy coordinator” on the set or not doesn’t change how awful this idea is from the start, not that liberal critics will admit it.

In fact, perhaps the weirdest hot take is that Euphoria didn’t go far enough with this scene. After all, there are only about sixteen visible penises rather than The Hollywood Reporter's count of 30, and down from series creator Sam Levinson’s estimate of “like, 80 more” in the original shot of what is "intended as a gender-bent homage to the famous Carrie locker room scene."

Shockingly (or perhaps not-so-shockingly), The Daily Beast's response was, "Meh." Writer Kevin Fallon complained that the online scandal over the scene was “overblown,” focusing too much on “our penis panic in comparison to breast complacency,” because we’re all sexist, probably. Still, he's optimistic on the show since finally male actors “are exposed in equal measure to the women.” Apparently, exploitation for public entertainment is fine as long as it’s "equal-opportunity" exploitation.

Sadly, the show is unlikely to get better than this. In addition to this porn-like set-up, Kat (Barbie Ferreira), another high-school student, discovers a tape from the night she lost her virginity and finds that it seems to be pretty popular online. It looks like we’ll be diving into some more teen sexcapades and simulations of child pornography again pretty soon.