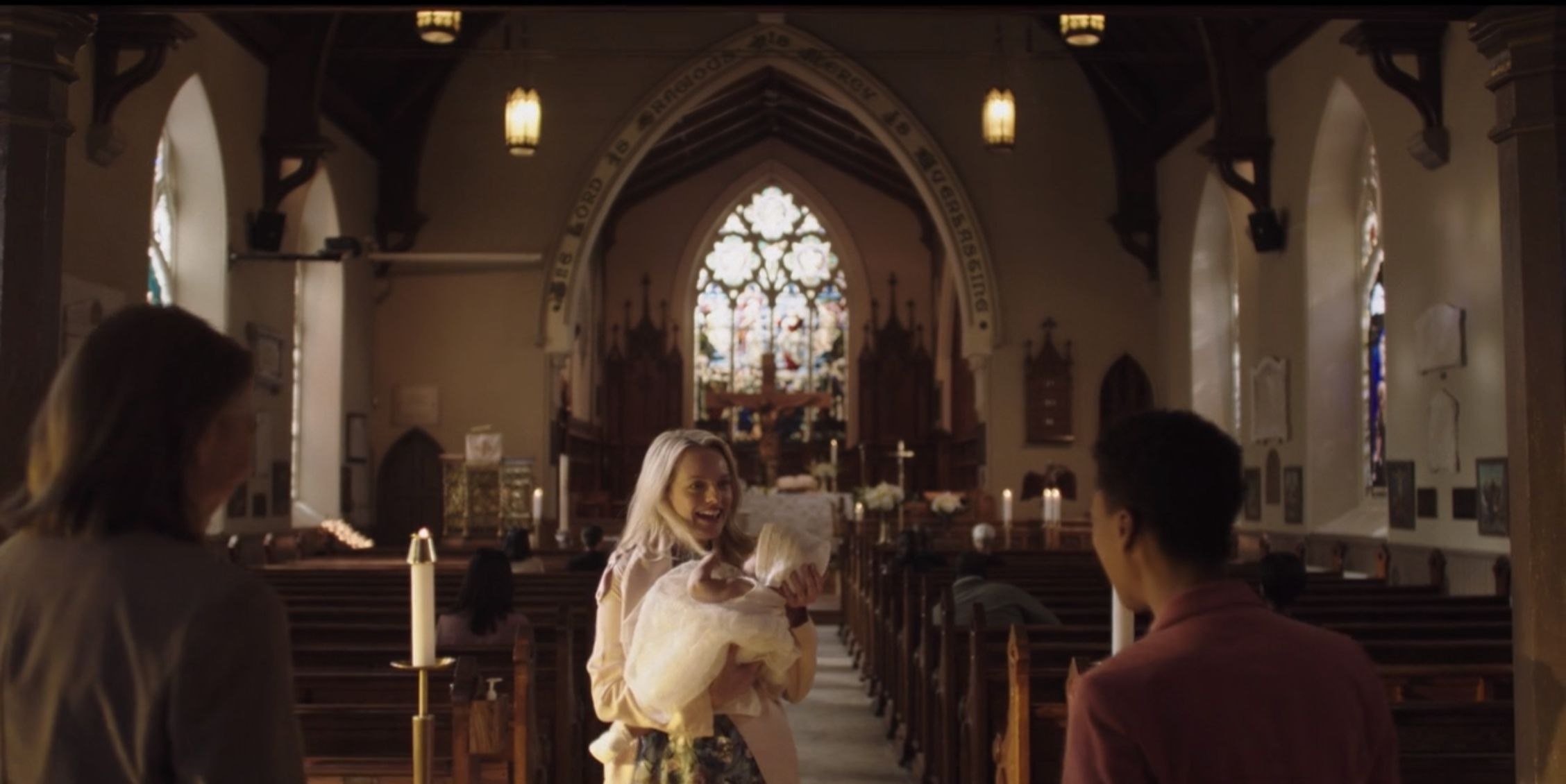 We’re all perfectly aware that Hulu’s The Handmaid’s Tale doesn’t like Christianity. Why else would it paint the religion as a part of a theological dictatorship where women are treated like cattle, child brides are legal and men beat their wives? After all, it’s not like the show’s going to acknowledge those are very real things in the Islamic world today. Instead, we get a moment trashing Catholic priests and Christians right before taking part in a baptism in the latest episode.

The June 12 episode “God Bless The Child” starts with preparation for the dedication of all the newborn babies in Gilead to God in a pseudo-baptism ceremony. While walking to the ceremony, June (Elizabeth Moss) thinks back to the time she had her first newborn daughter baptized in a church years ago.

The sacrament included her husband Luke (O.T. Fagbenle), her best friend and her baby’s godmother Moira (Samira Wiley), and June’s activist mother Holly (Cherry Jones). Although it’s admirable that June wanted her daughter baptized, everyone else was lot less admirable about the whole situation, especially Holly. Being a feminist, she didn’t want her granddaughter to be "sanctified by a bunch of holier-than-thou child molesters.”

Holly: There she is!

Moira: Look at that dress. You are rocking that dress baby girl.

Luke: He missed his train.

Moira: Fucking Jerry. You know, he is the worst possible choice for a godfather.

Luke: Should we just do it without him?

Holly: Sweetheart, Hannah does not need to be sanctified by a bunch of holier-than-thou child molesters.

Holly: Do you think that your father would care? He spent a hell of a lot more time at Fenway than he ever did at Mass. You cannot let religion control your choices. That’s what they all want.

Moira: They are not too thrilled that I’m the fairy godmother.

Fortunately, they did go through with the baptism. Unfortunately, it continued without a godfather and with the openly lesbian Moira. Considering where the country ends up, the show clearly favors Holly’s side. After all, strict religious interpretation seems to control everyone’s choices in Gilead. They certainly didn't need to include the false idea that sexual abuse is unique to Catholic priests to make their point about religion.

In fact, the sacrament of baptism itself is tainted in this episode. The act of dedicating a child to the Church in Gilead is now connected with a creepy authoritarian nation forcibly taking children and oppressing women. Even though June did willingly allow her daughter to be baptized before, it doesn’t change the fact that the series portrays this as the same thing the evil men controlling Gilead want. If baptism isn’t being blessed by child molesters, it’s a tool of evil authoritarians. Even good baptisms are scarred with no godfathers and lesbian godmothers. How is baptism supposed to make us feel after that?

The answer is, it isn’t supposed to make us feel anything. Nothing is sacred anymore, especially religion.