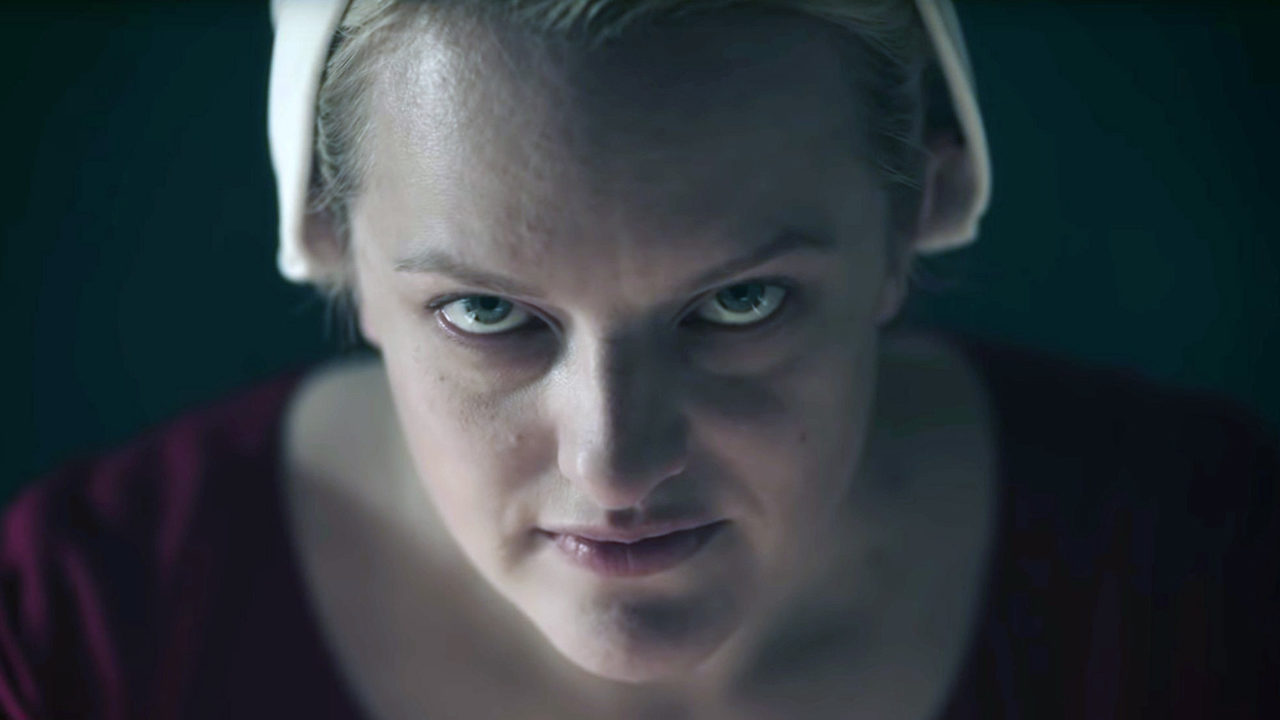 The left’s favorite #Resistance series has unfortunately returned. Hulu’s fictional dystopian series The Handmaid’s Tale is now on its third season, and it doesn’t look like it’ll lighten up anytime soon. Case in point, the series premiere not only continues the infernal feminist propaganda but also adds a refugee and illegal immigration allegory.

The season debuted with three episodes on June 5 starting with the premiere episode “Night.” In “Night,” we still follow handmaid June/Offred (Elizabeth Moss) in the Republic of Gilead, formerly known as the United States of America. After most of the female population is rendered infertile through environmental degradation, a theocratic dictatorship maintains control of the country, rendering the women second-class citizens. June secretly maintains a growing resistance among the women to change society and hopefully reunite with her lost daughter Hannah (Jordanna Blake).

One act of resistance came in the previous season finale when she helped her fellow handmaid Emily (Alexis Bledel) escape from Gilead with June’s newborn daughter Nichole. Emily avoids the intense border security of Gilead and swims to reach refuge in Canada. Once in the new country, she experiences surprisingly lax security interrogation which basically consists of asking, “Are you a refugee?” And then she’s allowed in the country.

Officer: All right. This is SQA13. I need an ambulance with pediatric at my location.

To be fair, Gilead being a fascist nation does warrant asylum. However, the episode quickly and predictably overplays its hand with a follow-up on Emily.

After being found at the border, Emily is escorted to a center to receive medical care for her and Nichole. Not only does no one question her refugee status, the people give her a round of applause, and the doctor pointedly allows her to remain with the baby. Once again, the show wants to fight against a reality that really doesn’t exist.

Dr. Chung: Hi. I’m Dr. Chung. You’re safe now, and we’re very glad you’re here. We can only imagine what you’ve been through. So the first thing we’re going to is we’re going to make sure that the both of you are healthy.

Emily: I’d rather hang onto her. If that’s alright.

Dr. Chung: Of course it is. This way.

I’m sure that the liberal writers of this show assume this is how all refugee and immigration programs should go, but in reality we can’t just trust that every person who crosses the border has good intentions just by asking nicely. We can’t even assume that every adult traveling with a child is their parent, as seen by the reports of more than 400 kidnapped or "borrowed" children by illegal immigrants for border crossing in 2018 alone. Heck, Emily herself is traveling with a baby that’s not her own, but no one seems to really care. They’re more concerned with supposedly condemning the Trump administration (and inadvertently Obama’s as well) for separating children at the border.

Unfortunately, this is only the beginning of a 13-episode season, which means we have a lot more after this. Judging by the media’s never-ending love affair with the series, it’ll probably only get worse.