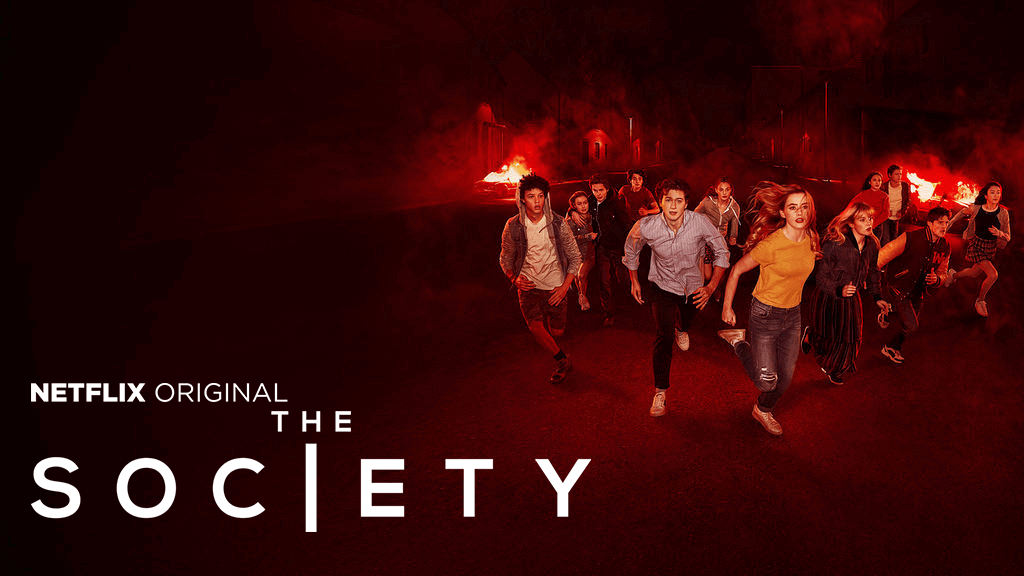 Netflix’s The Society is the streaming site’s latest foray into misguided teen drama. Between shows like Chilling Adventures of Sabrina, Insatiable, and 13 Reasons Why, it’s safe to say that Netflix has no standards for teen viewers. While The Society is thankfully less gruesome, it sadly falls in line with the other dreadful examples in terms of language, sex, and politics.

The new 10-episode series, which was released on May 10, follows a group of about two hundred 17-18-year-old kids who return home from a class trip to discover their town completely empty. Seemingly cut off from the rest of the world, the teens eventually learn they must govern and care for themselves without adult authority. In true Lord of the Flies fashion, this leads to inevitable chaos, from power struggles to just plain stupidity.

As per usual for teen dramas nowadays, the show has plenty of drinking, language, and sex. Drinking plays a big part in the first episode where the teens have a full-on party in the town’s church with no parents. Because it's so transgressive for a place of worship to get the brunt of teen hedonism. The kids also drop f-bombs so often that one has to wonder whether the writers know other words. Sex also appeared to be an extremely popular activity, including among two gay boys. It’s so much an issue that one of the teens Becca (Gideon Adlon) became pregnant from an unknown father.

The teen pregnancy was a particularly fraught plot in a town with no adults and no doctors. Becca laments to her gay and deaf best friend Sam (Sean Berdy) how scared she was and how she “didn’t get a choice about becoming a mother.” When he encouraged her that “a baby is hope incarnate,” she snarked back that he “sounds like someone who bombs abortion clinics on their day off.” Fortunately, the baby was born and miraculously survived by the season’s end, so hope does survive despite a lack of “choice.”

Politics were also pretty unavoidable on this show. On the cusp of a new society, a group of boys openly discussed the merits of socialism at the risk of their town's own sex strike. When the girls wanted to hold power over the boys, the guys start parroting the girls' talking points to preserve their all-important sex lives. That discussion led to shallow and clueless insights about socialism rivaling that of Alexandria Ocasio-Cortez.

Another issue that arose was gun control. After Allie’s (Kathryn Newton) sister was shot and killed, she proposed a confiscation of all weapons in the town. She even declared, “Guns don’t keep people safe. They get people killed.” Although there were logical arguments made against her, the series clearly favored Allie’s perspective as it depicted many of the people who own guns as either irresponsibly paranoid or psychotic, even for teens.

The Society is far from the worse teen outing on Netflix, but it’s even further from the decent entertainment it should be.