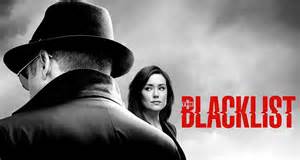 Any show that bemoans how facts don’t matter or believes in amnesty for illegal immigrants clearly isn’t conservative, however, the latest episode of NBC’s The Blacklist at least takes a creative spin by painting anti-capitalist rebels as not only the bad guys but domestic terrorists. Now if only the media could do that as easily in real life.

The April 19 episode “The Third Estate” has the FBI tracking down a group by that name that has been kidnapping the children of wealthy families. In the beginning of the episode, they threaten a firm partner’s daughter and attach her to a medieval rack.

“Did you know,” the masked speaker says to the girl's parents, “that the richest 26 people on Earth have as much wealth as the poorest 3.8 billion? I find your boss’ wealth to be an act of immorality, so my friends and I are going to distribute it in small amounts to those who need it more.”

It’s somewhat hilarious how much the ramblings of a fictional domestic terrorist group match those of a whiny social justice warrior. Or maybe a Democratic presidential candidate (but I might repeat myself). Either way, the FBI treats this as a real concern and rightfully works to track the Third Estate.

It gets even funnier as the story continues. Near the end of the episode, Special Agent Aram Mojtabai (Amir Arison) gets caught when discovering the group’s possible location. Amir is shocked to find out that his captor is, in fact, one of the “kidnapped” kids they were hoping to find. It turns out that they have been working together to extort their parents in the name of going against the 1%. That’s right, the bad guys in this episode are literally spoiled social justice Millennials.

This is a good reminder that people who consider wealth "immoral" are often hypocrites. In real life, Alexandria Ocasio-Cortez has said similar things and received praise from the left, while socialist Bernie Sanders is a millionaire and leads the Democrat presidential candidates. It's always nice when TV shines a spot on the absurdities of left every once in a while.