Showtime’s SMILF has long roster of hypocrisy and awfulness in just two seasons on the air. But would it really be so tasteless as to have a pregnant woman wear a Planned Parenthood t-shirt while going into labor? By now you probably already know the answer.

The February 24 episode “Single Mom in Love Forever” flashes back to the day Bridgette (Frankie Shaw) went into labor with her son. Instead of going to a hospital, she opts for an at-home midwife birth with the reluctant audience of her baby daddy Rafi (Miguel Gomez) and her intruding mother Tutu (Rosie O’Donnell). Despite starting labor pains, the mid-wife advises Bridgette to wait until tomorrow or even the next day for the birthing process.

The episode, being the edgy Showtime series that it is, uses that time to remind us how woefully ill-suited everyone in this show is to being a parent. In the opening minutes, we have conflicting takes from various friends and family members before Tutu admits that motherhood is basically “indentured servitude.”

To top off the entire awful experience, Bridgette continues through labor at her house while wearing a Planned Parenthood shirt. That’s right. In the middle of watching Bridgette give birth, we have the most obvious product placement for the number one abortion provider in the country. I’d call it sick, but this is the series that mocked prayer, scorned decency, and said the Virgin Mary was raped. We are long past sick. 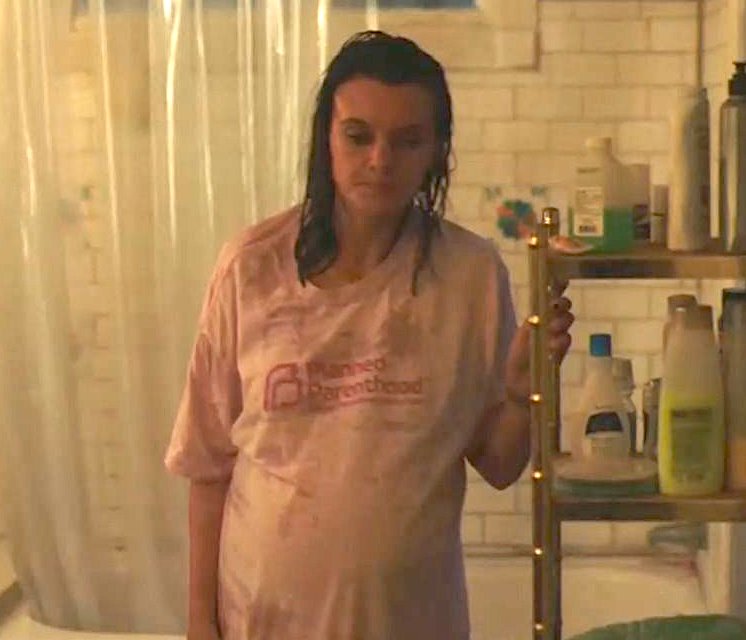 Of course we know Planned Parenthood currently advocates for abortion laws that would kill her son even at this stage or at birth. We can even find governors who would gladly support it. All that matters to this show is that Bridgette is someone who supports Planned Parenthood, motherhood be darned.

The one bright side to this scenario is that Bridgette’s son is born healthy, as we know from the present-day storyline. It’s almost ironic that Bridgette actually goes through with her pregnancy despite being an avid Planned Parenthood supporter and clearly uncertain about her future. That’s one positive outlook on an awful and mostly gross depiction of imminent motherhood. It’s also all we can expect from this show now.